Hermits ordered to leave after bringing diocese into disrepute 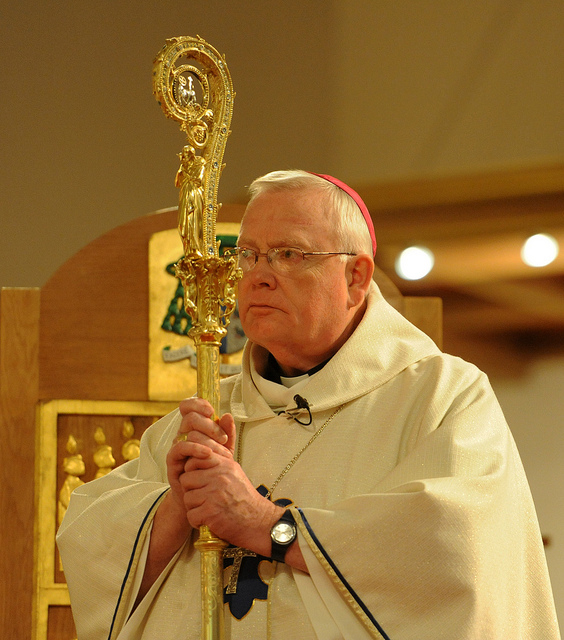 Three hermits living in a presbytery in the Diocese of Northampton say they have been asked to leave by the bishop following complaints about the behaviour of one of their number who regularly preaches and leaflets against homosexuality.

The self-styled “Black Hermits” led by Br Damon Kelly say they have been told they have until 20 July to leave the presbytery at St Patrick’s, Millais Road, Corby.

Br Damon was arrested last December under Section 5 of the Public Order Act for issuing leaflets that were considered by Cambridge police to be of a homophobic nature but did not constitute a criminal offence. His lawyer has said distributing material on the street is protected by freedom of speech although it is understood Brother Damon enters private property to put leaflets through letterboxes.

In a different matter Br Damon has been charged with harassment over two pamphlets and is reported to be due in Leicester Magistrates court on 18 May. If convicted he could receive a prison sentence. Brother Damon has been arrested 10 times.

The hermits – two brothers and one sister – claim the Bishop of Northampton, Peter Doyle, says they have brought him and the diocese into disrepute. They claim that although Bishop Doyle, who is due to attend the Synod on the Family in Rome in October, agrees with the theology behind Brother Damon’s leafleting, he does not agree with the methodology.

The hermits – founded by Fr Stephen De Kerdrel, a former Capuchin friar, and include Sister Colette Farrell-Roberts – wrote on their website last week: “We do not have anywhere to go … we just need somewhere for our cats!” Fr De Kerdrel said he thought there was a “cultural divide” between the hermits and the bishop while Bishop Doyle told The Tablet he “understood that any communication between us would remain private”.

The Black Hermits are registered as a charity in Scotland with their latest accounts showing an income of £26,611 and expenditure of £44,844.