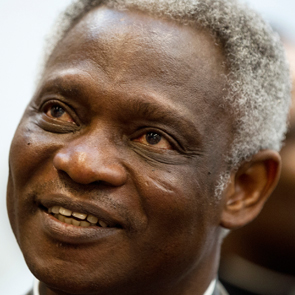 The German bishops’ conference has summarised and commented on the replies of German Catholics to the 46 questions of the second Vatican questionnaire on the family, in an 18-page report published on 20 April.

The main criticism, which applies to all parts of the questionnaire, the bishops point out, is that it proceeds from an idealised image of the family which does not adequately relate to the reality of life in German society. Many of those who replied said that idealising marriage and the family not only did not appeal to Catholics in Germany but, on the contrary, put them off sacramental church marriage. That is why many German Catholics would like to see definite steps taken before the October Synod to overcome the gulf between family life as it is really lived and church teaching.

The questionnaire had not found an “appreciative language for relationships which neither corresponded to the Church’s ideals nor were definitely orientated towards marriage and the family”, the report says. The German faithful were not satisfied with the Church’s present teaching concerning remarried divorcees, “mixed” marriages and register office marriages and expect concrete changes from the Church concerning all three. “A pastoral approach which only sees such relationships as sinful and calls for repentance is not helpful as it contradicts the positive experiences which such couples have”, the bishops’ conference report says. German Catholics above all want to see remarried divorcees allowed to receive the Sacraments under certain conditions. “The expectation that the Synod will open new pastoral possibilities is very high indeed”, the bishops say.

The fact that neither the question of homosexual partnerships nor that of the different methods of contraception, both of which had been addressed in the first questionnaire, had been omitted this time had been sharply criticised in the replies.

Those responsible in the Vatican for the coming Synod would be “well-advised to get down to a really committed, sound and communicative preparation” as the pressure of expectations had increased considerably, Bishop Heiner Koch of Dresden, who is responsible for family affairs in the German bishops’ conference and who will be accompanying Cardinal Reinhard Marx to the Synod, underlined.