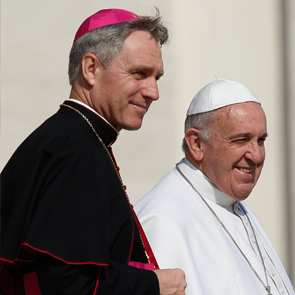 Reform of the Curia is unnecessary, says Archbishop Gänswein

'IS jihadists are hunting down Christians across Libya'

African migrants who have fled to Europe say Christians in Libya are being forced by Islamist gunmen to deny their faith or face death threats.

A group of Eritrean refugees who had survived a crossing to Sicily a week ago told a national newspaper that Islamist gunmen patrol Libya’s towns and beaches searching for “infidels”. 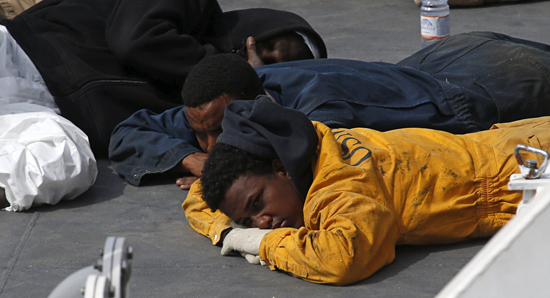 They reached Europe days before as many as 900 people were drowned when their overcrowded boat capsized on Saturday night on the same route from Libya, where vast areas have fallen into the hands of armed groups since the ousting of President Muammar Gaddafi.

Haben, 19, who made the crossing with his brother Samuel, 14, told MailOnline: “We are Christians but we had to deny our faith otherwise the gunmen would kill us, slit our throats and cut off our heads.”

Haben said he had friends from Eritrea and Egypt who had been killed by IS terrorists because they were Christians.

“The men come around with Kalashnikovs and they ask you what is your faith. If you are Christian they take you away and kill you. They cut off your head or shoot you. This is what they have done to hundreds of Christians,” he said.

Last week Police in Sicily arrested 15 people for allegedly throwing 12 migrants overboard during a what appeared to be a Muslim assault against Christians as they crossed the Mediterranean.

This week church leaders urged the European Union to boost search-and-rescue patrols to reduce the number of migrants perishing trying to cross the Mediterranean.

The death toll for migrants crossing the Mediterranean yesterday reached 1,750 so far this year – 30 times higher than the same period last year.

Yesterday Ethiopia began three days of mourning for the around 30 Ethiopian Orthodox Christian migrant workers shown being massacred in an Islamic State video released on Sunday.

Pope Francis has expressed his “great distress and sadness” at the killings. In a message to Patriarch Matthias of the Ethiopian Tewahedo Orthodox Church, he condemned “the continuing martyrdom being so cruelly inflicted on Christians in Africa, the Middle East and some parts of Asia”.

In February IS released a video that showed the beheading of 21 Egyptian Copts on the shores of the Mediterranean in Libya.

Above: Survivors of Saturday night's disaster lie on the deck of the Italian coastguard ship in Malta. Photo: CNS/Reuters