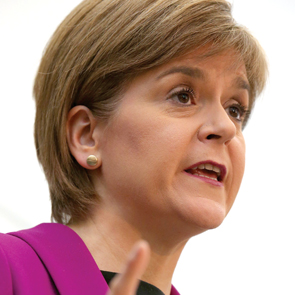 The Diocese of East Anglia is to commission an independent review into the circumstances surrounding the deployment of a priest who has been jailed for three years for abusing a boy at a children’s home.

Fr Anthony McSweeney’s crimes occurred between 1979 and 1981 although he was not arrested until two years ago when he was parish priest of St George’s Church in Norwich. The 68-year-old cleric, who will now be laicised, is a one-time chaplain at Norwich City FC.

During his trial Southwark Crown Court was told that he watched as care home manager John Stingemore carried out acts of abuse against a 15-year-old boy.

Stingemore, who died before he could be tried, was eventually dismissed after the authorities learned he had taken indecent photographs of children in his care, and at this point McSweeney – by now an ordained priest working in the Diocese of Brentwood – dropped all contact with him.

Over the next few years he held various posts in Brentwood, becoming parish priest of St Peter’s in Leigh-on-Sea in Essex in 1997.  But when he had been there for a year, his housekeeper found sexually explicit videos involving children.  She reported this to the police, but because she wished to remain anonymous they did not follow up the complaint.  She also told the diocesan authorities, and told the court she “wasn’t very satisfied” by the response.

McSweeney was removed from the parish: but after a period living with friends, he was transferred to the Diocese of East Anglia and was stationed at the parish of St George’s in Norwich. The bishop at the time was the current Archbishop of Southwark, Peter Smith.

McSweeney was arrested after a victim came forward when old allegations of abuse at the children’s home, Elm Guest House, were revived in the wake of the Jimmy Savile affair, and when the police raided his presbytery they found thousands of images of paedophilia on his laptop.

In a further conversation about the decision, he said the Church now had “robust guidelines” for the protection of children in place, following the Nolan Report and the Cumberlege Review, but that it was important not to be complacent.  “We need to review things to make sure we can learn lessons from them,” he said.  But the review’s findings were unlikely to be made public.