Installation of bishop accused of covering up abuse disrupted

Top marks for Catholic college the humanists wanted to block

St Richard Reynolds Catholic College in Twickenham, which opened in 2013 following strong opposition from humanist and secularist groups, has been judged as “outstanding” in every category in both its primary and high schools. In another sign of the growing reputation of the College, it received 830 applications for 150 Year Seven places, and 230 applicants for 30 Primary places this year.

A statement from the College said: "This is a remarkable achievement especially given that the College has been open for less than two years. It is a reflection of the unswerving dedication and commitment of the whole College community. This endorsement can only serve to strengthen our resolve to maintain the highest standards in partnership with parents to create a world-class Catholic College. It is the result of the hard work of many and it rewards the faith that parents had in trusting the education of their children to St Richard Reynolds." 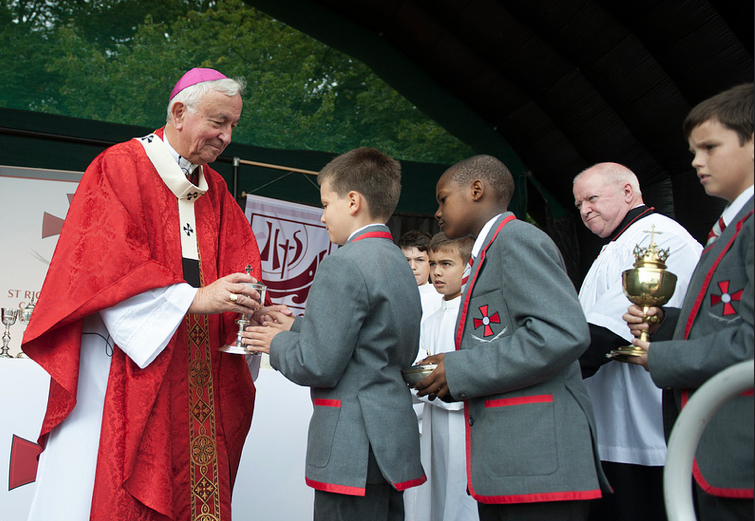 Richmond council saw off a challenge from the British Humanist Association and the Richmond Inclusive Schools Campaign, which tried to argue that the school would be discriminatory. The case went as far as the High Court, which in November 2012 rejected the groups' appeal for a judicial review.

Above: Then-archbishop Vincent Nichols with pupils at the school's opening Mass. Photo: © Mazur/catholicnews.org.uk