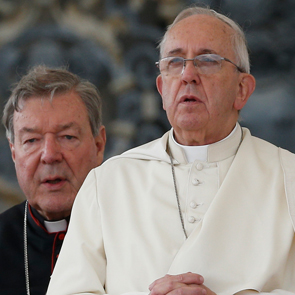 The Vatican’s financial watchdog, details of whose expenses were leaked in the Italian press last Friday, has hit back at allegations of overspending.

In a statement the Secretariat for the Economy denied reports that its head, Cardinal George Pell, was ordered to explain his department’s expenses to Pope Francis and called the allegations "complete fiction".

Rather than overspending, as alleged by critics following the leak of the department’s expenses to the Italian weekly L’Espresso, the Secretariat had in fact operated under budget, the statement said.

L’Espresso reported that the Secretariat, created by Pope Francis in February 2014 to bring order and scrutiny to the Holy See’s labyrinthine financial practices, and headed by Cardinal Pell, had run up around €500,000 in expenses in the first six months of its existence.

The total reportedly includes spending on computers and printers, but also a €2,508 bill from Gamarelli, the well known tailor to many of the clergy, which critics suggested included the cost of a Cappa Magna, a long silk cope worn by Cardinals on ceremonial occasions.

The Vatican spoke out in support of Cardinal Pell. Vatican spokesman Fr Federico Lombardi said on Friday that leaks were illegal. “Passing confidential documents to the press for polemical ends or to foster conflict is not new, but is always to be strongly condemned, and is illegal,” he said. “The fact that complex economic or legal issues are the subject of discussion and diverse points of view should be considered normal. In light of the views expressed, the Pope issues guidelines, and everybody follows them.”

Fr Lombardi continued: “The article makes direct personal attacks that should be considered undignified and petty. And it is untrue that the Secretariat for the Economy is not carrying on its work with continuity and efficacy. In confirmation of this, the Secretariat is expected in the next few months to publish the financial statements for 2014 and the estimated budgets for 2015 for all of the entities of the Holy See, including the Secretariat itself.”

Resistance to the Australian cardinal from sections of the Vatican bureaucracy, or curia, has been growing since December, when Pell said he had "discovered" hundreds of millions of euros that had been "tucked away" in sectional accounts off the Vatican balance sheet.

Above: Australian Cardinal George Pell, prefect of the Vatican Secretariat for the Economy, attends Pope Francis' general audience in St. Peter's Square at the Vatican on 5 November 2014