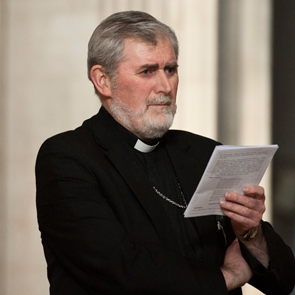 Lynch to challenge Ukip MEPs on immigration and EU policies

IS ‘begins to kill’ Christians abducted from north-east Syria

Islamic State (IS) jihadists have reportedly begun murdering some of the Christian hostages captured from villages in north-east Syria since Monday.

The number of Assyrian Christian men, women and children abducted this week is thought to exceed 350, according to the Catholic charity Aid to the Church in Need (ACN).

On Tuesday agencies believed 90 people had been abducted, but estimates have risen daily.

Archimandrite Emanuel Youkhana, who works in support of persecuted Christians in the region, said 15 young Assyrians had been killed.

He said: “Around 15 young Assyrians are martyred. Many of them were fighting to defend and protect the villages and families.”

Funerals have taken place for the nine Assyrian fighters killed defending their villages from IS.

The attacks come as Syrian Kurdish fighters backed by US-led air strikes continue to advance into IS-held territory. In Tal Tamr there have been fierce clashes between IS and Kurdish YPG.

ACN quoted Assyrian fighters from the villager of Tel Hormizd saying that one woman has been beheaded and two men were shot. Some 12 men and two women were abducted from their village.

All remaining villagers have fled from the region’s 35 Assyrian Christian villages to the nearby cities of Hassake or Qamishli. Archimandrite Youkhana said almost 1,000 families had arrived in the two cities and registered as displaced. Only a few fighters working alongside Kurdish-run People’s Protection Units (YPG) remain in the villages.

Assyrian bishops based in the US urged the Obama administration and other coalition forces to provide the Assyrians “with safety and the necessary means to properly and effectively defend themselves”.

The letter stated: “We believe that our president's administration in particular is morally obliged to secure the continued safety of the remaining Assyrian Christians in the Khabur region.”

The Times on Friday reported that 63 per cent of UK voters would back RAF participation in airstrikes against IS targets in Syria, not just Iraq, according to a YouGov poll – an increase of 11 per cent since September.

The Assyrian International News Agency reported that negotiations were under way to free some of the hostages, with Arab Sheiks in Hassakeh city acting as intermediaries between ISIS and Assyrian leaders.

The Christians were taken from 35 villages in a predominantly Kurdish region of Syria that lies between Turkey and Iraq. The villages were created during the French mandate era in the 1930s to settle Christians who had been expelled from Turkey and Iraq. Monday’s raids took place in the villages of Tal Shamiram and Tal Hurmoz. Sources told the Syrian Observatory for Human Rights that they heard IS members saying via wireless devices that they had detained “56 crusaders” from Tal Shamiram.

Archimandrite Youkhana spoke to a bishop aiding those who have fled. “Bishop Mar Aprem Athniel… told me the church and community hall are overloaded with the people and they are now [sending] them to the families in Hassakeh city,” he told ACN. The churches in Tal Shamiran and Tal Hurmoz have been torched, the charity said.

Archimandrite Youkhana said that IS soldiers had separated men from women and children.

He added: “Knowing the brutal barbaric record of IS with the captured, the destiny of those families is a major concern to us.”