IS abducts 'as many as 200' Christians from north-east Syria 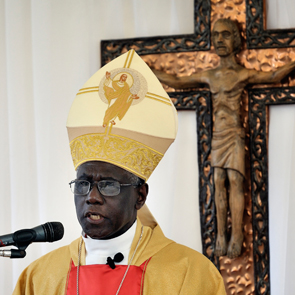 One of the most senior African cardinals in the Vatican has condemned attempts by Western nations to impose their values on poor countries by attaching conditions to aid and said that Africa could become the Church’s spearhead against Western decadence.

Guinean Cardinal Robert Sarah, prefect of the Congregation for Divine Worship, made his comments in a book-length interview titled “God or nothing”.

In excerpts released by the publisher Fayard ahead of the book’s publication on 25 February, the cardinal says: "Regarding my continent of origin, I want to strongly condemn a desire to impose false values using political and financial arguments. In some African countries, ministries dedicated to gender theory were created in exchange for economic support! These policies are all the more hideous than the majority of the African population is defenceless, at the mercy of fanatical Western ideologues.”

Sarah, 69, also spoke about the forthcoming Synod on the Family. At last year’s meetings, much of the opposition to changes in church teaching on civil remarriage and homosexuality came from conservative prelates, some from Africa. In the book, authored by Nicolas Diat, the cardinal said that detaching the Magisterium from pastoral practice would be “a form of heresy”.

"The idea of placing the Magisterium in jewellery box and detaching it from pastoral practice, which could evolve at the mercy of circumstances, fashions and passions, is a form of heresy, a dangerous schizophrenic pathology. So I say solemnly that the African Church will strongly oppose any rebellion against the teaching of Jesus and the Magisterium."