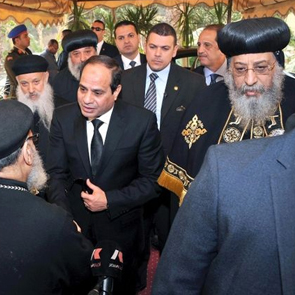 The French Catholic Church has declined to sign a declaration by the group Reporters without Borders (RSF) challenging faith groups to pledge unreserved support for free speech or face public pressure to do so.

RSF president Christophe Deloire proposed the declaration after religious leaders, reacting to last month's terrorist attack on the satirical weekly Charlie Hebdo, backed free speech but said it had to be exercised responsibly.

"Nobody can impose his concept of the sacred on others,” says the declaration, which says some people might be offended by free speech but this cannot justify limiting any opinion, even an irreverent one. The RSF initiative was supported by a committee of intellectuals who back France’s laïcité policy of church-state separation.

"This declaration seems to suspect religions of being not very active in supporting free speech, if not actually opposed to it,” said Marseille Archbishop Georges Pontier, president of the bishops’ conference.

The Church, which reiterated its support for the principle of free speech after the attack, does not sign declarations it has not helped draft, he said, adding it was regrettable the text was addressed only to religious leaders and not other civil society personalities.

The heads of France’s main Muslim, Protestant and Buddhist groups signed the declaration. Chief Rabbi Haim Korsia said he agreed in principle to it but did not sign without all the other religious leaders.