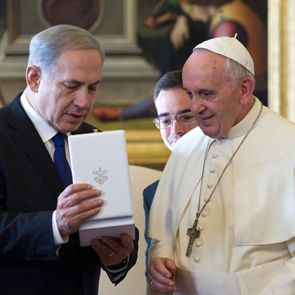 The controversial Swiss theologian Hans Küng has welcomed the structural reforms advocated by Pope Francis in Evangelii Gaudium and said they will meet with wide approval “far beyond the Catholic Church”.

In a long article entitled “Church Reform at all Levels”, the fierce critic of Francis’ predecessor, Pope Benedict XVI, expressed serious concern as to whether the Pope “is still in control of his Guardian of the Faith” – the prefect of the Congregation for the Doctrine of the Faith, Archbishop Gerhard Ludwig Müller.

That Müller, as a loyal supporter of Benedict XVI’s collected works, was made CDF prefect surprised people less than the fact that Pope Francis confirmed him in office “quite so soon”, Küng wrote.

Recalling Müller’s conservative stance on Communion for remarried divorcees, Küng said that the present situation in the Church was contradictory. “The Pope wants to practise mercy, the prefect appeals to God’s holiness and justice.” Whenever Pope Francis pushes forward on reform, Müller immediately puts on the brakes, Küng pointed out. Pope Francis has actual people in mind, while Müller concentrated solely on traditional Catholic doctrine, Küng said.

So people are beginning to wonder whether Pope Emeritus Benedict “is in fact operating as a kind of ‘shadow Pope’ through Archbishop Müller and Georg Gänswein, [Benedict’s] secretary and Prefect of the Papal Household, whom he also promoted to archbishop”.

As far as remarried divorcees are concerned, Küng accuses Müller of ignoring the fact that when Jesus proclaimed the indissolubility of marriage (Mark 10:9), he pronounced a commandment based on an aim. “As with other commandments, this one does not exclude failure and forgiveness,” Küng recalled, and asks whether one can really imagine Jesus sanctioning the present way the Church treats remarrried divorcees.