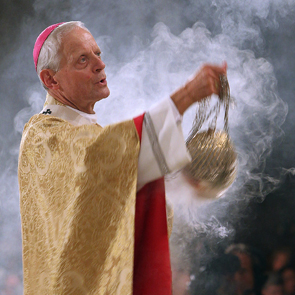 US a long way from racial equality, warns cardinal

The Bishop of Lancaster has revealed plans to hand over the running of dwindling parishes to religious communities after similar groups rescued two historic churches in his diocese.

In his online blog Bishop Michael Campbell said that some parishes in Lancaster needed drastic intervention after they had been “artificially kept afloat”.

He called for a radical restructure focused on the needs of future generations and encouraged parishioners to “bite the bullet” and to focus on evangelisation and training of young and lay people.

“We need to put our energies and emphasis … not necessarily with our current drag of structures, bureaucracy, and buildings,” he said.

Last Sunday the bishop announced that St Ignatius church, which was forced to close in December, had been given a new lease of life by the local Syro-Malabar Catholic community from Kerala in south-east India, which he described as a “vibrant and young community”.

This is the second successful church takeover in Lancaster. Six months ago the historic church of St Walburge in Preston was reopened as a shrine church for Eucharistic Adoration by the Institute of Christ the King Sovereign Priest, a young religious community that celebrates Mass in the Extraordinary Form.

Reflecting on the success of these two endeavours, Bishop Campbell pledged to continue to go out “to the peripheries”, inspired by Pope Francis, to find other religious movements willing to rescue ailing parishes.

He criticised the “few” who had responded negatively to the takeovers.

“There will always be a few who – for reasons that only the Lord can judge – will seek to apply a certain cynical, self-referential, or even a hurtful reaction to our efforts. Still we plough ahead with the love, support and prayers of so many in the Diocese and further a-field,” he said.