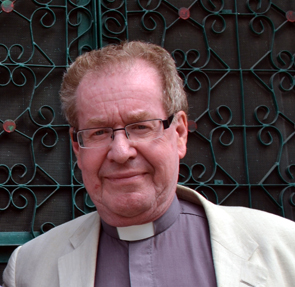 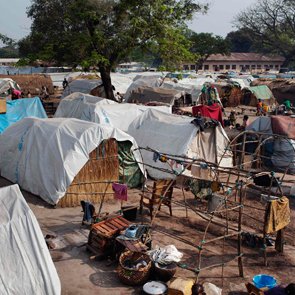 One of the most senior clerics in the Central African Republic (CAR) yesterday called on the international community to help end the brutal violence gripping his country.

The Archbishop of Bangui, Dieudonné Nzapailanga, asked the United Nations to send an effective intervention force, with a mandate to use force where necessary to protect the people of CAR.

“We urgently need a well equipped, well trained force under a clear command structure, with a specific and robust mandate to protect civilians from brutal attacks and rapidly restore security. To date the African Union forces have failed to provide this. We have the opportunity to prevent a rapid deterioration of the violence. The cost in delaying is incalculable.”

The conflict in the CAR escalated after the Seleka militia ousted President Francois Bozizé in March, installing Michel Djotodia in his place. While the Seleka militia has officially been disbanded, its members and those of other armed rebel groups – estimated to number 23,000 – continue to spread terror across the country.

Archbishop Dieudonné's latest appeal echoes one he made at the UN in Geneva in October, when he called for the AU peacekeeping mission to be given an expanded role.

Over 41,000 people are crammed into the 40-acre Catholic mission compound in Bossangoa, a town in the north of the country. Bishop Nestor-Desire Nongo Aziagbia of Bossangoa said more than 35,000 people are living on the compound, seeking protection from rebels who are targeting Christians. He said they are sleeping on floors, in corridors, the school, the basket ball court, between cars and in the grounds.

The UN says 300,000 people have fled violence in places like Bouar , Bouca and Bossangoa. As the country continues to spiral into chaos, 2.3 million people are now in dire need of healthcare, nutrition, shelter and protection from attacks and abuse. Catholic aid agency Cafod is working through local church partners, including Archbishop Dieudonné, to provide humanitarian assistance.

Jan Eliasson, the UN deputy secretary general, acknowledged that most of the population was "suffering beyond imagination" but said on Wednesday that a UN peacekeeping force would take at least two or three months to deploy, even if the UN Security Council reached an agreement quickly. However CAR’s former colonial ruler France increase its troop deployment there from 400 to 1,200.

As of last month, only 2,200 personnel from the multinational force of Central Africa - known as Fomac - had been deployed to respond to the crisis. Some national contingents of Fomac are perceived locally to be ill-equipped, ineffective and poorly-trained, and there is evidence that some have been implicated in human rights violations.

The draft UN resolution on CAR calls for a 3,600-strong multinational force but Archbishop Dieudonné said: “While we are relieved that the international community is finally turning its attention to Central African Republic, the expectations of the people are far greater. How can an under-equipped and limited force of 3,600 men establish peace and security in a large country like ours - two and a half times the size of Britain.

"Due consideration should be given to the proposal made by the UN General Secretary to increase the number troops to at least 9,000."

Above: the compound at Bossangoa, which has become home to more than 41,000 people who have fled their homes. Photo: CNS/Joe Penney, Reuters