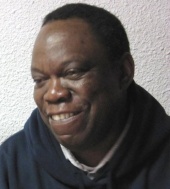 Fr Robert, a Ugandan-born White Father, had been taking medication for a heart condition.

Fr Robert lectured in theology and religious studies at Roehampton University, where he was the Catholic chaplain. He was also chaplain of the Catholic college within it, Digby Stuart.

Professor Tina Beattie, Professor of Catholic Studies at Roehampton, paid tribute to “a priest who embraced the dynamic possibilities of the Catholic faith beyond all the regulations and strictures that would have restrained a lesser man”.

To students who took part in pilgrimages he led to Lourdes he showed “loyal friendship, gentle leadership and quiet attentiveness to all in his care”. “Students of all faiths and none loved Robert,” she wrote in a message posted on Facebook.

Born and raised in the Ugandan capital, Kampala, he studied in Rome, France and Germany and had a profound interest in African theology.

He was “impatient with religious boundaries that divide and alienate” … “To exclude anyone from the Eucharist would have been unthinkable to him,” Professor Beattie said.

In a piece for The Tablet website in 2013, he write: "The Christian faith has shifted its centre of gravity away from the affluent Western nations into countries where the majority are victims of poverty, powerlessness, violence, exploitation, disease and oppression. It is these people in the first place that are waiting to receive the Good News. Theology has to give priority to the task of listening to these people and of seeking ways of speaking about God in ways that make sense to them."

The Church urgently needs to stop seeing itself as a Western export
Fr Robert Kaggwa, 11 December 2013