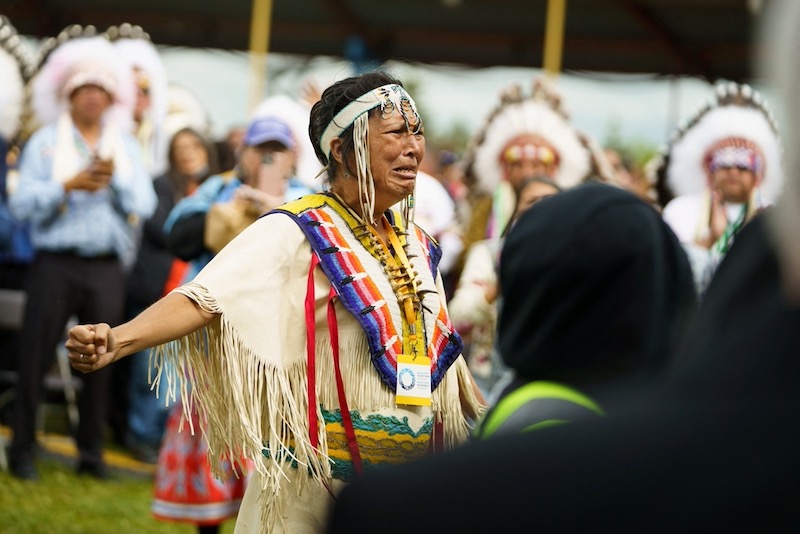 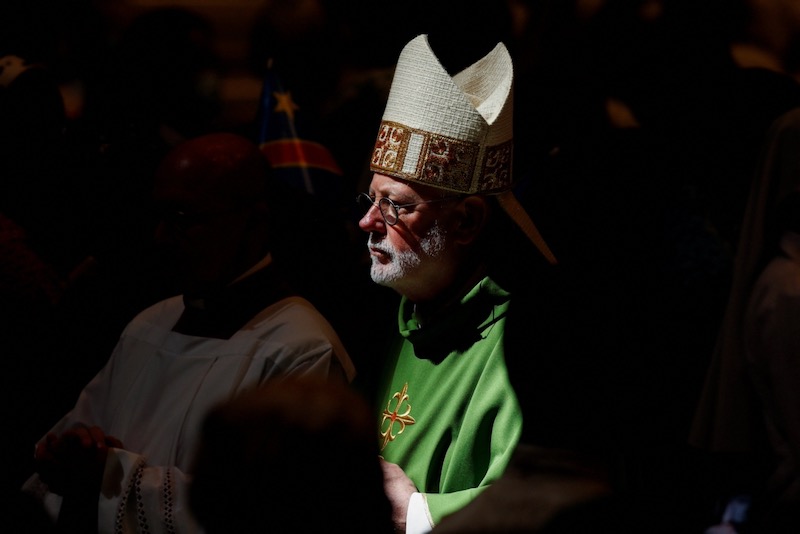 Archbishop Gallagher said the Vatican was not neutral in its reaction to the suffering in the Ukraine.
CNS photo/Remo Casilli, Reuters

The Vatican’s chief aim in the Ukraine conflict was to work towards peace and possibly to act as a mediator between the two warring sides, Archbishop Paul Gallagher, the Secretary of State for Relations with States emphasised in the German Catholic podcast Himmelklar on 26 July.

Asked why the Vatican had remained strictly neutral and not sided with Ukrainian victims and why the Pope had not named Russia the aggressor, Gallagher explained that the Holy See never entered into alliances.

“If you form an alliance with someone you at the same time enter into an alliance against someone. The Holy See has a universal mission. It is not that we do not see who the aggressor is and who the victim. One cannot simply speak of good and evil. Things are not that simple. Our approach is to work towards peace – and possibly to act as mediator.”

The Vatican was not, however, neutral in its reaction to the suffering in the Ukraine, Gallagher pointed out. It was “neutral but not ethically indifferent”. It had offered Kyiv the greatest support and the most intensive contacts it could. And in his video conference with Patriarch Kirill Pope Francis had made it quite clear how dissatisfied he was with the Moscow Patriarchate.

“I can understand that people always want one to take sides in a conflict – but that has never helped anyone in the course of history. The Vatican has offered to help and especially to help Ukraine – but we must reserve a certain amount of openness on all sides as far as ecumenical and political dialogue is concerned. The aim must always be peace. That is a fundamental part of our Christian faith and our Christian ethic.”

Speaking after the Angelus on Sunday, Pope Francis said that even during his Canadian trip, he never stopped praying for the Ukrainian people, “asking God to deliver them from the scourge of war.” “If one looked at reality objectively,” he went on, “considering the damage that each day of war brings to that population but also to the entire world, the only reasonable thing to do would be to stop and negotiate. May wisdom inspire concrete steps of peace.”

Meanwhile the Red Cross said it had not been granted access to a Russian-run prison where dozens of Ukrainian prisoners of war were killed,

Russia claimed Ukraine's military used US-supplied precision rocket launchers to target the prison in Olenivka, a settlement controlled by the Moscow-backed Donetsk People's Republic. Separatist authorities and Russian officials said the attack killed as many as 53 Ukrainian prisoners and wounded another 75. The International Committee of the Red Cross said it has requested access to the prison "to determine the health and condition of all the people present on-site at the time of the attack."
The head Ukraine's Catholic Church, Major Archbishop Sviatoslav Shevchuk, called the attack on the prison, that housed many Azov Brigade prisoners who surrendered at Mariupol, an act of mass murder by the Russians. Ukraine's Foreign Ministry appealed to the International Criminal Court to investigate the Olenivka attack.

The atrocity occurred before the first ship carrying Ukrainian grain for the world market left the Black Sea port of Odesa on Monday.