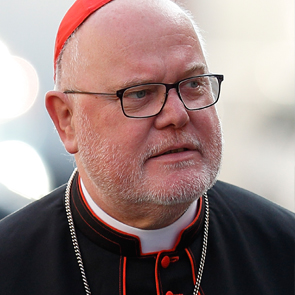 Pope warns against writing off lives blighted by illness

Pope Francis has condemned cultures that prioritise quality of life over the right to life in his message for the 2015 World Day for the Sick.

In a message released on Tuesday ahead of the Day for the Sick, which will be celebrated on 11 February, Francis spoke out for the dignity of those suffering from severe and terminal illnesses and said that their suffering “can become a privileged means of transmitting grace”.

“How great a lie, on the other hand, lurks behind certain phrases which so insist on the importance of ‘quality of life’ that they make people think that lives affected by grave illness are not worth living!” he added.

The Pope’s message came a day after a coalition of public and religious figures in the UK stepped up pressure on the Government to legalise assisted dying for the terminally ill in a letter calling for Parliament to prioritise the debate regardless of the outcome of the 2015 General Election.

Lord Carey, Rabbi Dr Jonathan Romain and the philosopher AC Grayling were among 80 signatories to the letter to the Daily Telegraph yesterday.

In it they welcomed the progress that had been made in the campaign to legalise assisted dying in the past year.

In 2014 Lord Falconer’s Assisted Dying Bill unanimously passed its Second Reading in the House of Lords. It is currently at Committee Stage.

“If there is not enough time for the Bill to complete its stages before the general election [in 2015] then it is imperative that Parliament continues this important debate afterwards,” the letter warns.

Noting that one Briton ends their life abroad on average every fortnight, as numerous terminally ill people take their own lives, the signatories conclude: “We are closer than ever to allowing dying people to have safeguarded choice in how they approach their deaths. Whoever forms the next government must allow time for Parliament to reach consensus on a safeguarded law.”

The Catholic Church has campaigned vigorously against Lord Falconer's Assisted Dying bill, which would allow doctors to hasten the death of terminally ill patients thought to have under six months to live.

The bishops and England and Wales have written to their dioceses urging Catholics to write to peers and members of parliament, and Cardinal Vincent Nichols joined the Archbishop of Canterbury, Justin Welby, and other religious leaders in signing a letter opposing the legislation.