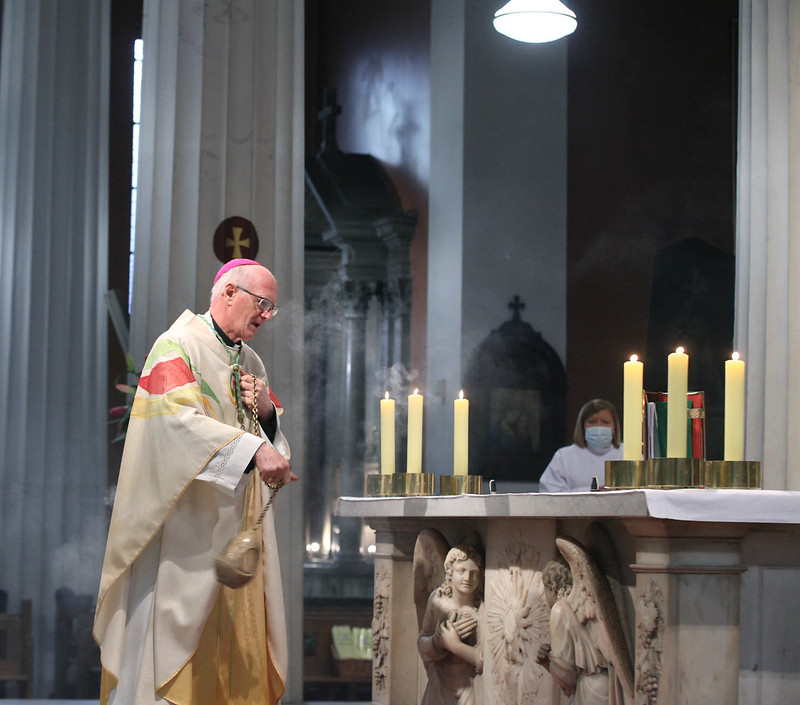 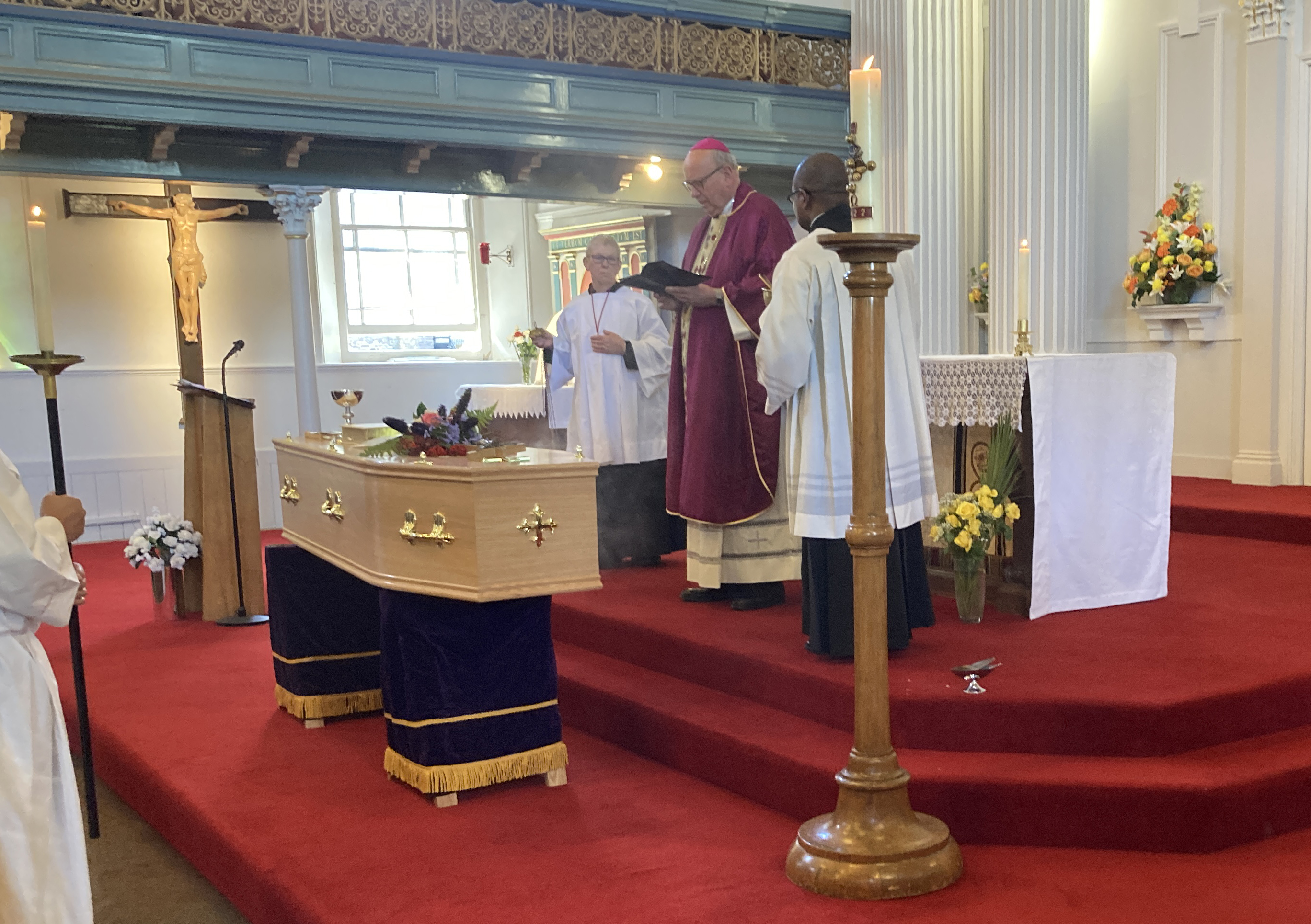 Retiring from “active ministry” was a misnomer in Bruce’s case, said the celebrant at Bruce Kent’s funeral on 4 July. “He was more active than ever, being a better preacher, a better disciple and a better priest, who built the peace of Christ.”

Archbishop of Liverpool Malcolm McMahon, President of Pax Christi England and Wales, was referring to Bruce’s decision in February 1987 to end employment as a priest with Westminster Diocese and to focus on peace activism, particularly nuclear disarmament.

“He was always loved and respected within the Catholic Church,” said the archbishop. Right up until his death on 8 June at the age of 92, Bruce played leading roles in the Campaign for Nuclear Disarmament, Pax Christi, Movement for the Abolition of War, the International Peace Bureau and Progressing Prisoners Maintaining Innocence.

Bruce’s widow, Valerie Flessati told of his “strong sense of mission”, saying: “He didn’t see himself as a rebel but shaped his life according to the moral teaching of the Church.”

In Bruce’s view, “people needed compassion more than rules from the Church”.

Valerie highlighted his love of walking, particularly his 1988 walk of 1000 miles from Warsaw to Brussels (Nato) calling for a peaceful nuclear-free Europe, and his love of creation.  “His optimism and energy gave people hope,” Valerie said. She received warm applause when she concluded: “What a man; what a voice; what a friend, what a lot of love.”

At least 400 people in the Church of St Mellitus, Tollington Park in Westminster Diocese and around 300 joining live online were welcomed by parish priest Fr Chinedu Udo after Bruce’s great nephews carried his pine coffin into the church topped with a family bouquet of flowers. Symbols representing his life were placed on the coffin – a chalice given the day of his ordination as a priest, a “well-thumbed” copy of the Psalms, a list of prisoners that he wrote to and his copy of the United Nations Charter.

Well-known faces, such as former war broadcast reporter Martin Bell and Jeremy Corbyn MP and composer Bernadette Farrell, joined members from around the UK of Pax Christi England and Wales, Christian CND, the National Justice and Peace Network and religious, including the Assumption Sisters and the Passionists.

The Finsbury Park Mosque, with which Bruce had built interfaith solidarity links, was represented, as well as the Buddhist Peace Pagoda at Battersea. The congregation included people who had come from Belgium and Ireland, and a man who attributed to Bruce’s intervention his release in the 1980s from a foreign prison where he was facing execution.

Bidding prayers recalled victims of war and “all who take risks for peace”. Prisoners, refugees, health workers and young environmentalists were all remembered. Music, led by Percy Aggett and Patricia Hammond, included Bruce’s favourite hymn, In bread we bring you Lord and the peace hymn, For the healing of the nations.

After watching the Mass live online from South Africa, Bishop Emeritus Kevin Dowling of Rustenburg, former Co-President Pax Christi International, praised Bruce, “who touched my life through his great witness and extraordinary gifts.” Over the next 12 hours, there were a further 500 views of the Mass video.