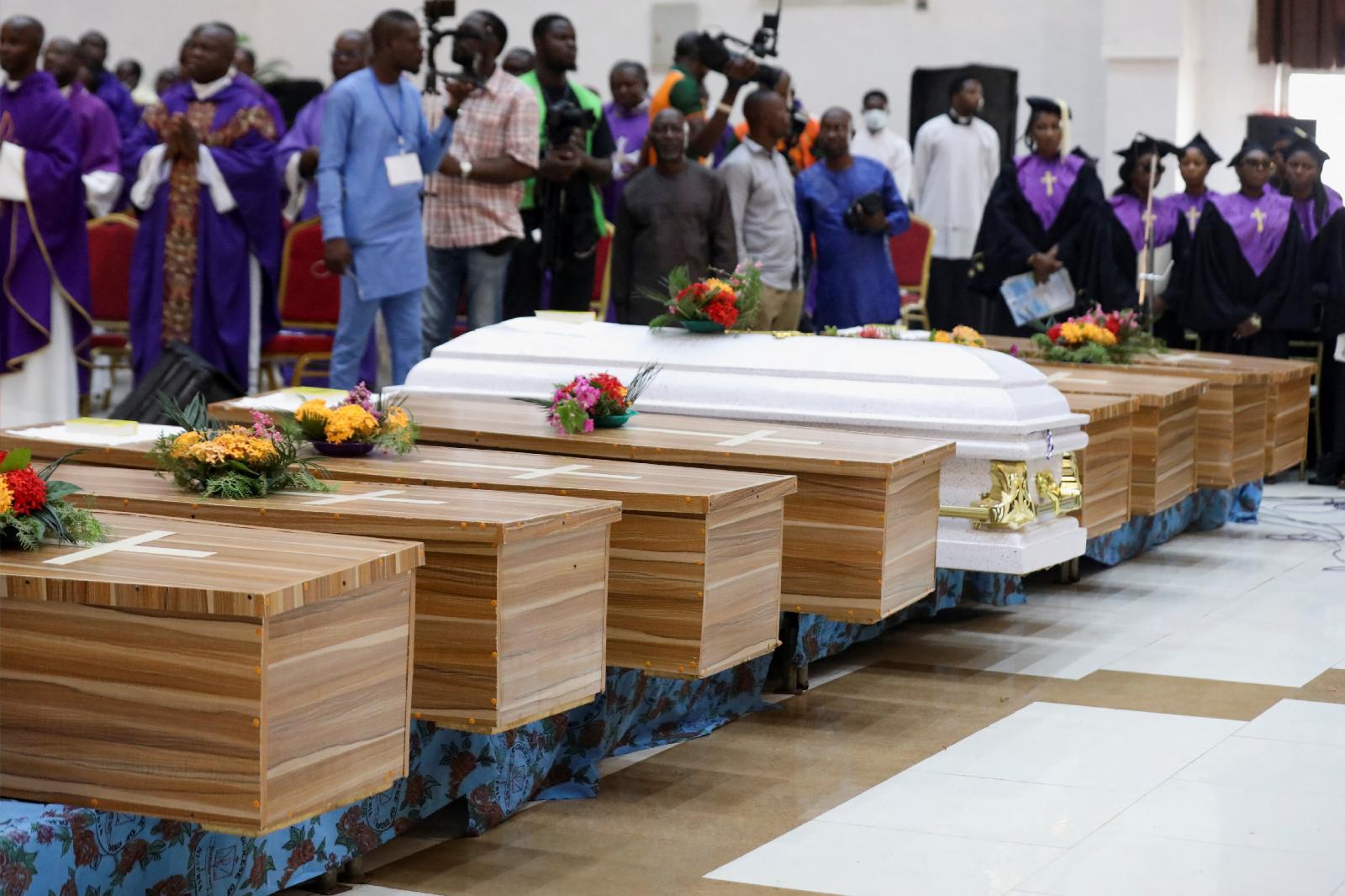 Are you still our leaders? asks bishop at Owo Mass 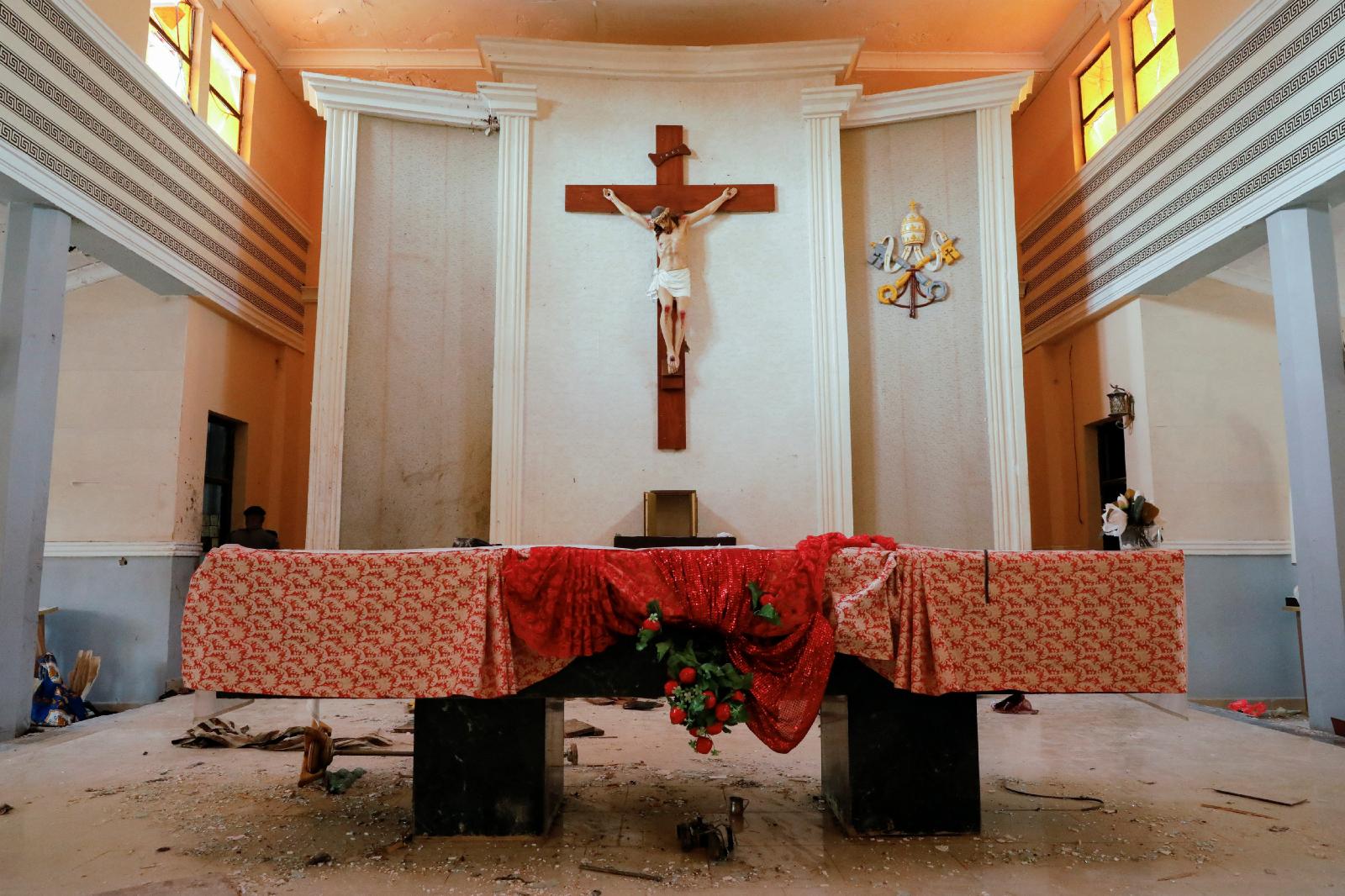 The altar at St Francis Xavier Church Owo, Nigeria, the day after dozens of Catholics were slaughtered while at Mass at Pentecost.
CNS photo/Temilade Adelaja, Reuters

Christian minorities around the world are being driven from their communities in deliberate efforts to reduce the presence of Christianity, according to a new report from the Christian persecution charity Open Doors. “While displacement is sometimes perceived as an unintentional by-product of persecution, in many instances, it is intentional and can be part of a wider strategy to completely eradicate Christianity from the village, region or country,” the report says.

“It’s something that we really had a heart to do, because we wanted to get the most complete picture of the persecuted church landscape,” said Helene Fisher, one of the authors of the report, in an interview with The Tablet. “We realised that this picture would never be complete if only the static church were considered. And so being able to try to look at the displaced church, and those who are being persecuted along that displacement journey, was really important for us.”

The report, entitled The Church on the Run, coincides with data from the UN High Commissioner for Refugees which found that more than 100 million people are displaced worldwide – including both refugees and internally displaced persons (IDPs) – which amounts to roughly one in 80 people globally. “Religion is part of a complex tapestry of reasons why people flee,” the report says.

“What causes people to reach that tipping point of moving can sometimes be a very complex question,” Fisher said. “Perhaps those that are forcing the displacement are not only motivated by religious reasons, but there’s also ethnic, financial resources, other motivations that are there.”

While refugees get substantially more media attention – and additional legal protections – IDPs often face additional challenges. “People who are IDPs are considered in so many ways the responsibility of the country, which they have remained in, but which is also the source of the problem,” Fisher said. “So one of the problems and one of the challenges facing external organisations is that we can be perceived as interfering with national policies on how to deal with a country's own citizens.”

Family is among the leading agents driving Christians to flee, because converts to Christianity can face serious threats from their family as well as being denied basic resources. Other common agents include state pressure, community pressure, and violent religious groups.

Often, the report says, family members find conversions unacceptable. “Converts to Christianity widely reported being ousted by their families, being threatened to the point of death, and put under such extreme pressures that fleeing was deemed their only option,” it says.

Fisher pointed to the advancement of communication technology as a factor in many conversions. “Many ministries, perhaps that Christians in North America or Europe might have been involved in, will offer opportunities for believers, new people interested in Christianity to learn more, find out more and connect with a local believer to answer their questions,” she said.

The report notes that each stage of the journey is different, and that refugees and IDPS can experience persecution at any stage based on their own unique set of vulnerabilities. “Psychosocial challenges can face all those forcibly displaced at every stage of the displacement journey, and faith can add an extra layer of vulnerability to the experience of psychological violence. On the other hand, faith can be a source of resilience and has the potential to contribute to helping IDPs and refugees cope with their various traumatic experiences,” the report says.

The recommendations include providing training to humanitarian workers to identify faith-based harassment. According to the authors, secular humanitarian organisations can unknowingly become complicit in discriminatory practices if they lack the necessary context. A solution is to increase participation of local faith based organisations.

The report highlights individual stories of those who have faced persecution for their faith, including those in Iraq where there are now just 166,000 Christians remaining in the country from a peak of more than a million.

“Everyone is slowly leaving, and often times no one knows they have gone. It happens quietly, but it is happening every day. People pack up their things, lock their doors, and leave behind their entire lives. Sometimes I will run into people I know here [in Jordan] and I'm surprised to see them. I think there is a sense of shame associated with emigration, even though we all know none of us had another choice,” said one interviewee in the report.

Fisher says that these individuals are representative of the larger issue. “It's worth noting that these stories, while they may seem anecdotal, we're really pleased that this report is out to say this is just one of thousands of people’s experiences,” Fisher said. “We don't want to see it as just an individual who's suffered this tragedy, but this is actually representative of so many other people.”

While compiling the report, Fisher was struck by the fact that this could happen to anyone. “We have a habit of looking at refugees and IDPs in their very bedraggled, ragged and desperate state and somehow put them in a category as some sort of other creature, they must have done something terribly wrong to find themselves in this situation,” Fisher said. “And that may inhibit us from reaching out, from either giving to an agency or praying for these people or just viewing them with compassion in our hearts.”