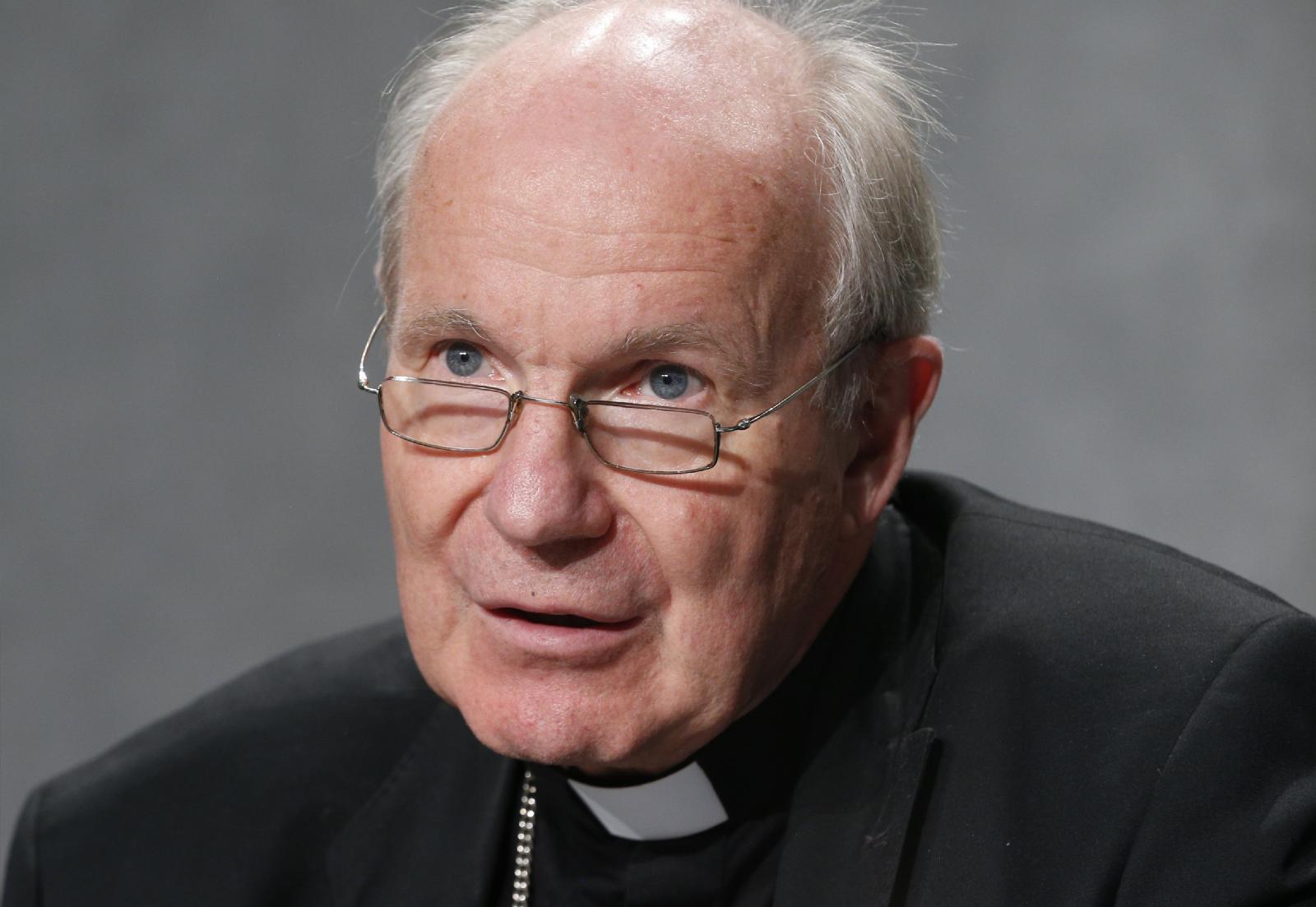 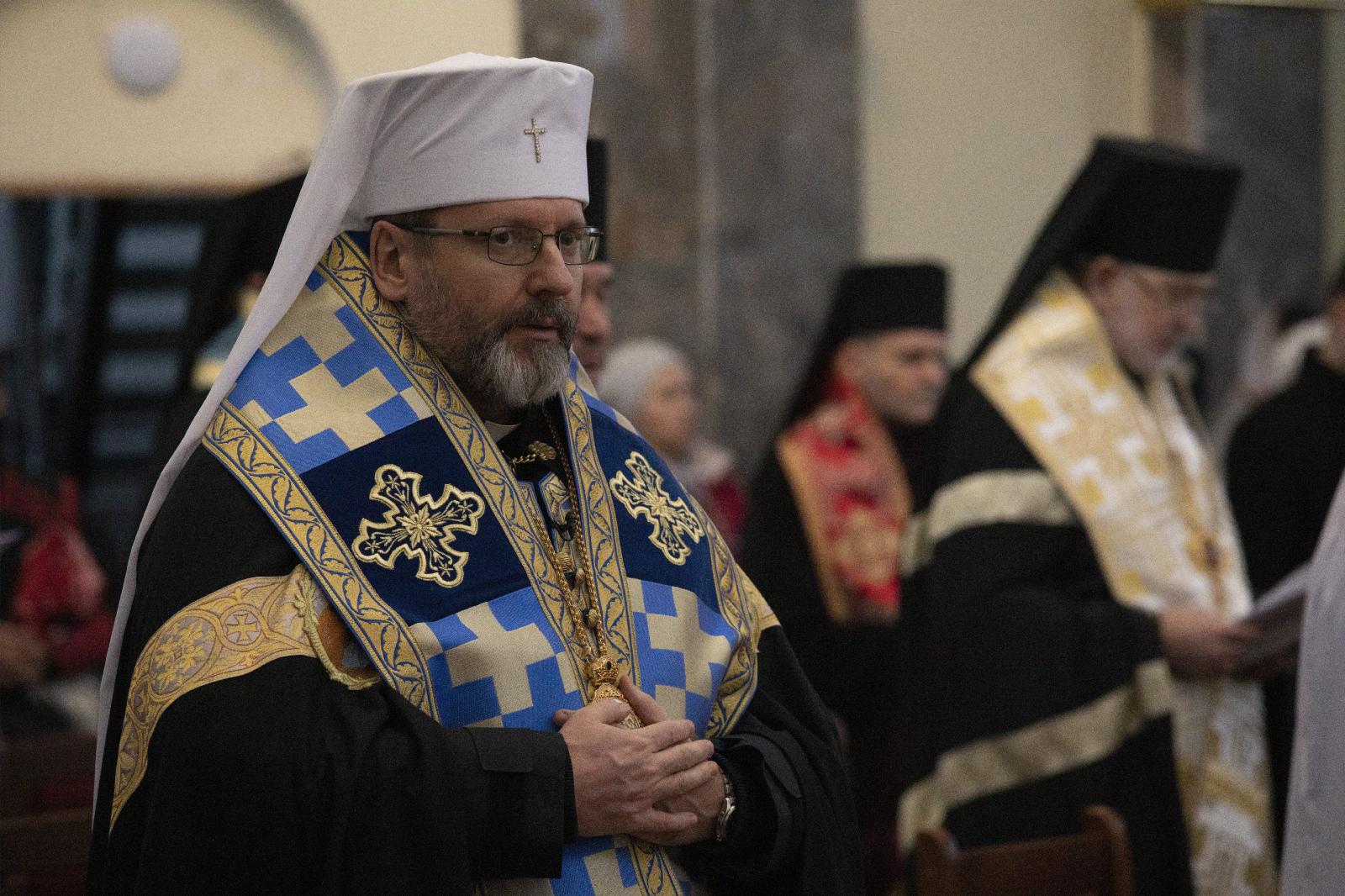 The head of the Ukrainian Catholic Church has warned that no area of his country is now safe from Russian attack, as Catholic bishops urged the European Union to provide a “renewed strategic vision” against geopolitical threats highlighted by the war.

“The enemy seeks methodically to destroy all of Ukraine's civilian infrastructure, so it will face severe difficulties during the coming winter and have no capacity to feed and keep its children warm,” said Major Archbishop Svietoslav Shevchuk of Kyiv-Halich.

“Let us ask the Holy Spirit to help today's Ukrainians accept the gift of knowledge, so they better understand this enemy, feel the spiritual world, and see and recognise the strategy being pursued by St Michael and his army as they wage this war with the devil”.

The Greek Catholic archbishop issued the message after touring eastern Ukraine’s Kharkiv, Poltava and Sumy regions, close to the area of fiercest fighting around the Donbas cities of Severodonetsk and Lysychansk.

He said he was “deeply moved” that 95 percent of his country’s fields had still be sown with seeds, despite the fighting, adding that Ukrainians should be grateful to God and their armed forces “for the opportunity to see the sunrise, the rays of the morning sun rising over Kyiv”.

Meanwhile, the Brussels-based Commission of EU Bishops Conferences, COMECE, said the war in Ukraine indicated “significant geopolitical shifts” currently underway worldwide, with “diminishing respect for fundamental human values and peaceful coexistence principles” and urged the EU to realise its “crucial role in offering a renewed strategic vision” which could overcome “indifference and naivety” among its 27 member-states, as well as “the prevalence of particular economic and national interests over the common good”.

“The unjust Russian aggression against Ukraine has not only brought horrific suffering to the Ukrainian people, but it also greatly challenged the vision of a rules-based international order”, COMECE said after hosting a visit by Ukrainian religious leaders, including the Catholic bishop of Kyiv-Zhytomyr, Vitalii Kryvytskyi, and the head of the country's independent Orthodox church, Metropolitan Epiphany Dumenko.

“We urge the EU, together with the international community, not to cease efforts for an end of the war with a free, secure and independent Ukraine within internationally recognised borders. While lasting peace will only be possible on the basis of a negotiated agreement, the right of Ukraine to legitimate self-defence in line with the principles of international law cannot be denied.”

Ukrainian defence fighters remained under heavy bombardment in the Donbas and north of Kharkiv this week, as counter-attacks were launched around Kherson and Zaporizhzhia, and a major cholera outbreak was predicted by health officials in the largely destroyed Azov Sea port of Mariupol.

President Volodymyr Zelensky accused Moscow of deliberately cutting off grain and wheat supplies to the world, after hosting weekend visits by the British prime minister, Boris Johnson, and heads of state and government from France, Germany, Italy and Romania.

In his Rome Angelus message on Sunday, the Pope urged Catholics not to forget Ukrainian sufferings and to ask themselves “what they are doing today for the Ukrainian people”.

The Holy See's British Secretary for Relations with States, Archbishop Paul Gallagher, told a Rome seminar the Catholic Church should continue efforts to establish peace, but also “resist the temptation to agree to compromises on Ukraine's territorial integrity”.

The Vatican's Kyiv-based nuncio, Archbishop Visvaldas Kulbokas, told Italy’s La Stampa daily Ukrainians had now “psychologically rejected” even the nuclear threat from Russia, adding that he saw “no sign or possibility” of “effective political mediation” by the Pope or other figures until “the attackers stop the bloodshed”.

In  its statement, COMECE urged the EU to reinforce its “peacebuilding policies” to prevent future conflicts, and to grant “candidate status” to Ukraine as part of a renewed commitment to “credible EU enlargement”. It added that Ukraine's post-war reconstruction should form part of a new effort to “address regional and global challenges”, along with a reduced dependence on non-democratic regimes through the diversification of supply chains.

“We encourage European decision-makers to engage responsibly and collaboratively on security by developing adequate means of European defence as part of a comprehensive approach”, the EU bishops' commission said. “They should also promote a transformation of international relations towards a genuine global community, with a more effective United Nations at its heart and stronger multilateral co-operation on ensuring accountability for international crimes”.