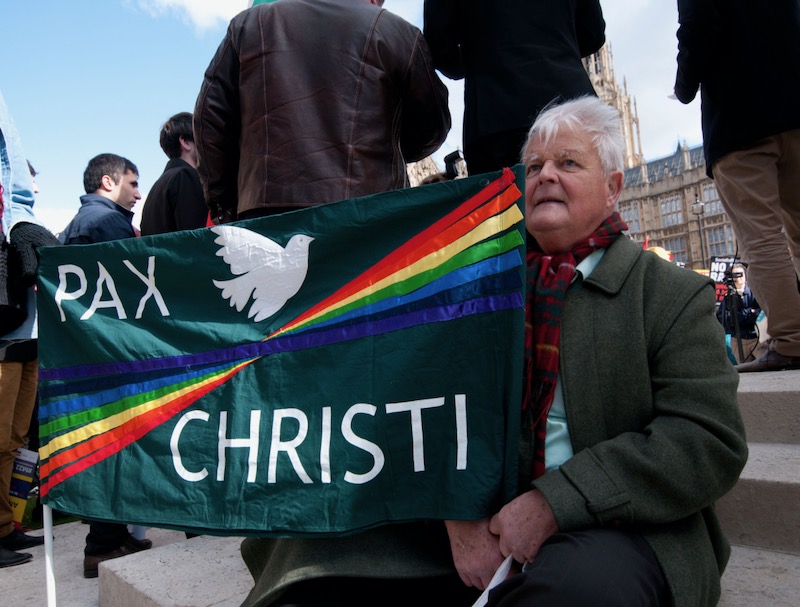 New Archbishop of Cardiff pledges to 'build up places of sanctuary'

Archbishop O’Toole, 59, has also been appointed by Pope Francis as Bishop of the Diocese of Menevia. 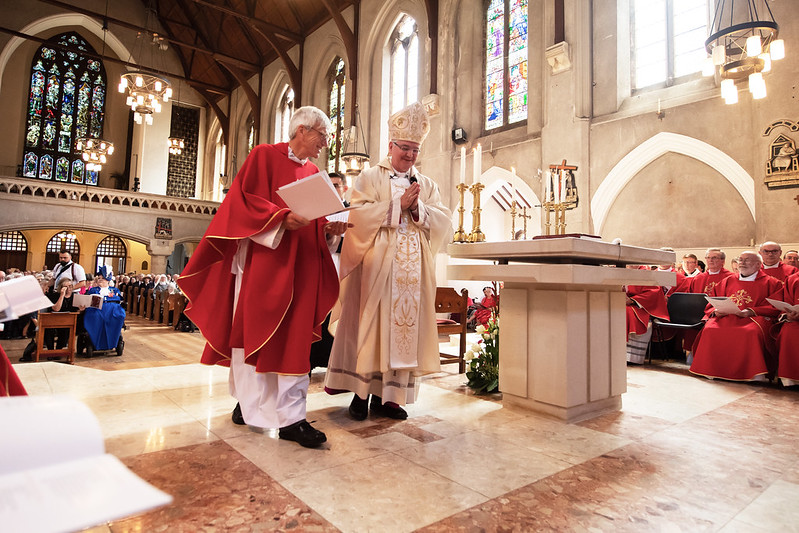 Bishop Mark O’Toole is installed as the new Archbishop of Cardiff.
© Mazur/cbcew.org.uk

Welsh Catholics, the archbishops and bishops of England and Wales, the Papal Nuncio, civic dignitaries and leaders of other Christian denominations came together for the Mass of installation of Mark O’Toole as the Archbishop of Cardiff at St David’s Cathedral in the Welsh capital on Monday.

The gathering was a tri-lingual one, with readings, hymns and prayers said in Latin, English and Welsh. The new Archbishop preached part of his homily in Welsh, which he has been learning, something that the Anglican Archbishop of Wales, Andy John, said would be greatly appreciated by Welsh speakers.

During his homily, Archbishop O’Toole said: “What we do together – and it has to be together that we move forward – is only possible because at the centre of our life, is a person, the person of Jesus Christ.”

He praised Wales’ desire to be “the first nation of sanctuary”. “This is an expression of the love of God, too, manifested in the love that the people of Wales have for men, women,” said Archbishop O’Toole. “With our inter-faith partners, and with all people of goodwill, we want to work together, even in little or small ways, to build up places of sanctuary in our churches and in our communities.”

Archbishop of O’Toole, 59, has also been appointed by Pope Francis as Bishop of the Diocese of Menevia, asking that the two dioceses be united in persona episcopi, in the person of the bishop. This was more than a clever ecclesiastical solution to the challenge of numbers and resources, said the new archbishop during his homily, but about “building on firm foundations” and working together in the future. “We know we cannot keep doing the things we have always done and hope for different results,” he said.

The installation Mass was held on the feast days of Julius and Aaron and the day after the feast day of St Alban – the former two martyred by the Romans in Wales. It began with the new archbishop knocking on the door of the cathedral and being greeted by its provost, Canon John Kelly. Archbishop O’Toole then processed to the sanctuary where he venerated an image of Our Lady of the Taper, the statue of Mary from the national shrine of Wales. The  Papal Nuncio, Archbishop Claudio Gugerotti, read the apostolic letter from Pope Francis, appointing Mark O’Toole as Archbishop of Cardiff and Bishop of Menevia, before the new Archbishop was led to the cathedra, or chair.

As well as one of the readings and a bidding prayer being given in Welsh, the country’s tradition of hymn-singing was recognised during the service. One was sung to the tune Aberystwyth, while the final hymn was Guide Me, O thou great redeemer, to the tune Cym Rhondda – as beloved by rugby fans as congregations.

Archbishop O’Toole has moved to Wales from the Diocese of Plymouth where he was bishop for nine years. Prior to his move to Plymouth he was rector of the Allen Hall Seminary from 2008 to 2013 and also served as private secretary to the late Cardinal Cormac Murphy-O’Connor between 2002 and 2008. He studied theology at Oxford University in the 1990s where his thesis supervisor was Lord (Rowan) Williams, former Archbishop of Wales and Archbishop of Canterbury.

A second ceremony to celebrate Mark O’Toole’s appointment as Bishop of Menevia is due to take place in Swansea on Thursday. His predecessor at Cardiff, Archbishop George Stack, 76, who is retiring, has decided to stay on in Wales and will be based in Caerleon, where he will help in local parishes. Originally, like Archbishop O’Toole, from London, he said he has grown to love Wales.