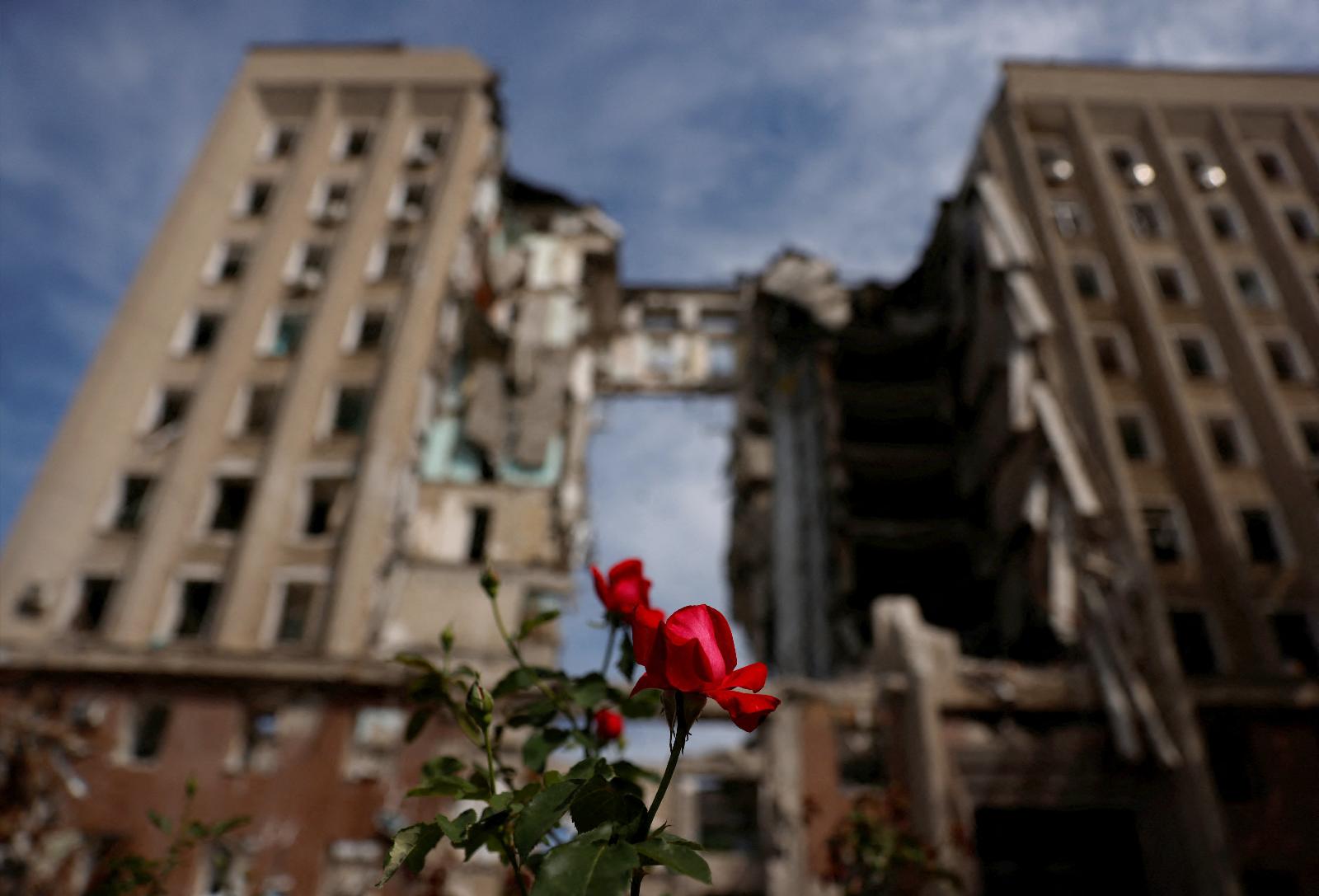 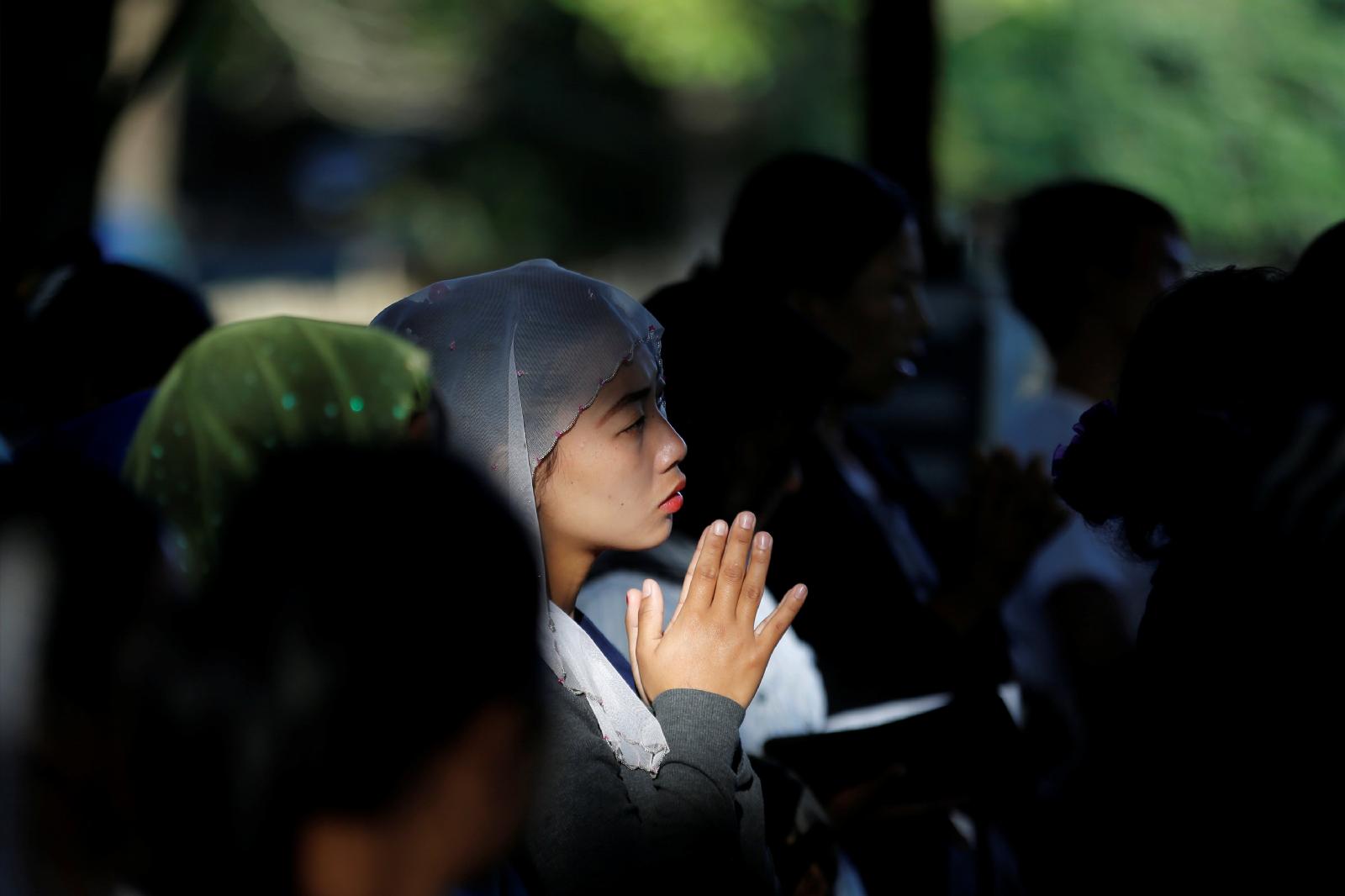 An internally displaced woman prays during Mass while taking shelter at Naung Nan Trinity Church in Myitkyina, Myanmar, May 10, 2018. Catholic bishops in Myanmar demanded June 11, 2022, respect for human life and the sanctity of places of worship, hospitals and schools.
CNS photo/Ann Wang, Reuters

A groundbreaking new report from Amnesty International has detailed “war crimes and likely crimes against humanity” committed by the ruling regime in Myanmar. The military seized control of the country from the democratically-elected leaders in February 2021, and since then has ruthlessly suppressed opposition.

The report, Bullets rained from the sky: War crimes and displacement in eastern Myanmar, presents evidence of attacks on civilians, including torture, extrajudicial killings and the systemic burning and looting of villages.

According to the Christian persecution charity Open Doors, Christians have suffered greatly under the new regime. Already one of the most hostile countries for religious minorities, the situation has only worsened since the military took over. Myanmar moved up six spots, from 18th to 12th, on Open Doors’ World Watch List, which ranks the countries where Christians face the most extreme persecution.

Roughly 8 per cent of Myanmar’s population is Christian, although that population is concentrated in states in the eastern region such as Kayah and Kachin where conflict is more pronounced. Julia Bicknell, the executive editor of World Watch Monitor, says that understanding the history behind the conflict is important in order to contextualize what is happening today.

After gaining independence from the British following the second world war, general Aung San became the leader of the country. He negotiated the Panglong agreement, which promised autonomy to the ethnic groups at the borders of the country. However, he was assassinated just months later. “These ethnic tribal groups feel that they were promised autonomy that they’ve never had,” Bicknell told The Tablet. “In some of these minority states, they’ve been fighting for independence since then.”

Many of these ethnic groups have armed militias that have been operating for years, but the political landscape has shifted significantly since the coup. Uneasy ceasefires broke down and new armed resistance groups emerged. “Inevitably, the two movements, the movement for independence by the ethnic minorities and the opposition to the Myanmar military coup have come together,” Bicknell said. “As far as the Myanmar military is concerned, it’s all part of the war against these ethnic groups.”

Bicknell pointed to evidence of majority-Christian villages being bombed, and churches, clearly recognisable from aerial photographs, have been targeted. The army said that collaborators were being sheltered in the churches, but community members have said that the churches were either empty or sheltering only civilians. “We can also see from some of the aerial photos, again, Christian villages have had bombs dropped on them where other villages haven’t, and that’s also quite telling,” Bicknell said.

A press release from Open Doors highlighted other incidents, including an attack in which vehicles were stopped and 35 people inside, some of them women and children, were killed and their bodies burned. The attack, Bicknell said in the release, was “perhaps deliberately timed for Christmas Eve to traumatise the local Christian community”.

The Catholic Bishops Conference of Myanmar issued a statement condemning the violence. “Human dignity and the right to life can never be compromised. We strongly demand respect for life, respect for the sanctity of sanctuary in places of worship, hospitals and schools again," the bishops said on 11 June.

The US Department of State also accused Myanmar of continued violations of religious freedom in a new report. The 2021 report on International Religious Freedom, which refers to the country as its former name, Burma, was released on June 2. The State department “consistently raised ongoing US government concerns about religious freedom with the regime and other internal political actors” and “pressed for full accountability for perpetrators of human rights violations, including those concerning religious freedom” Myanmar has been designated as a “Country of Particular Concern” since 1999 under the International Religious Freedom Act.

It is not only Christians who have been persecuted in Myanmar, however. Notably, hundreds of thousands of Rohingya Muslims have been driven out of the country since the military launched a crackdown against them in 2017. At least 6,700 Rohingyas, including 700 women and children, were killed in the first month of the campaign alone, according to the BBC. The United Nations has since declared it a genocide. “That shows the mindset of the Myanmar army,” Bicknell said. “It’s a classic case of to be Burmese, you therefore must be Buddhist. And if you’re not Buddhist, you’re seen as not one of us, and you don’t get the same rights.”

It is unclear what will happen next and whether the ruling regime will be held accountable for any of these crimes. Bicknell pointed to the International Criminal Court as a possibility, if it is determined that the regime committed crimes against humanity. However, she noted that it was unlikely due to the long process and the other conflicts around the world. “It’s incredibly difficult to hold members of the armed forces to account,” she said.

Bicknell also underscored the need to keep the ongoing conflict in public awareness, despite the multitude of other tragedies around the world. “As British citizens, I think we do owe them a bit of a debt because they were part of the British empire during the second world war,” she. “It’s not like we can say, ‘Oh, it’s nothing to do with us.’ We need to remember Myanmar alongside all these other conflicts.”

Myanmar has seen diminished news coverage in recent months, but, Bicknell said, it is important for the public to stay informed. “We need to be cognisant of the fact that these massive conflicts are going on that we just don't hear about every day, but they're still going on and people are still fleeing for their lives.”