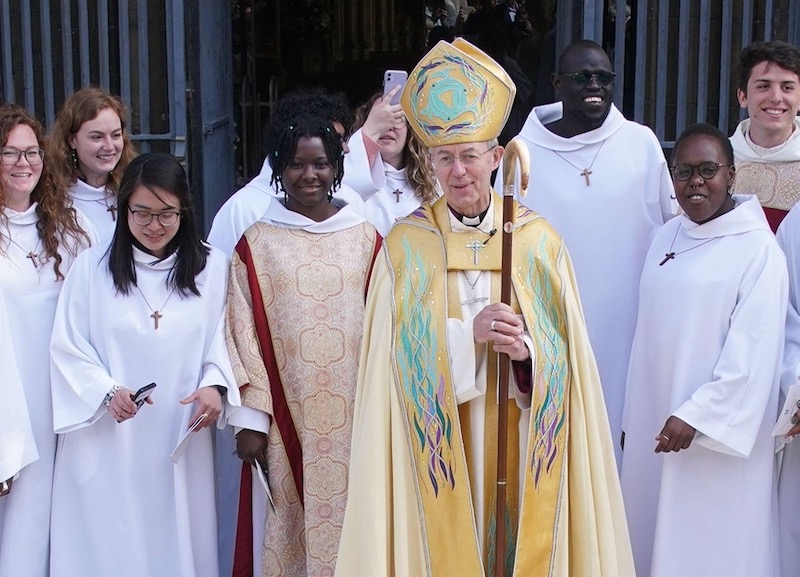 Francis has repeatedly stressed that the aim of his pontificate is the implementation of the council. 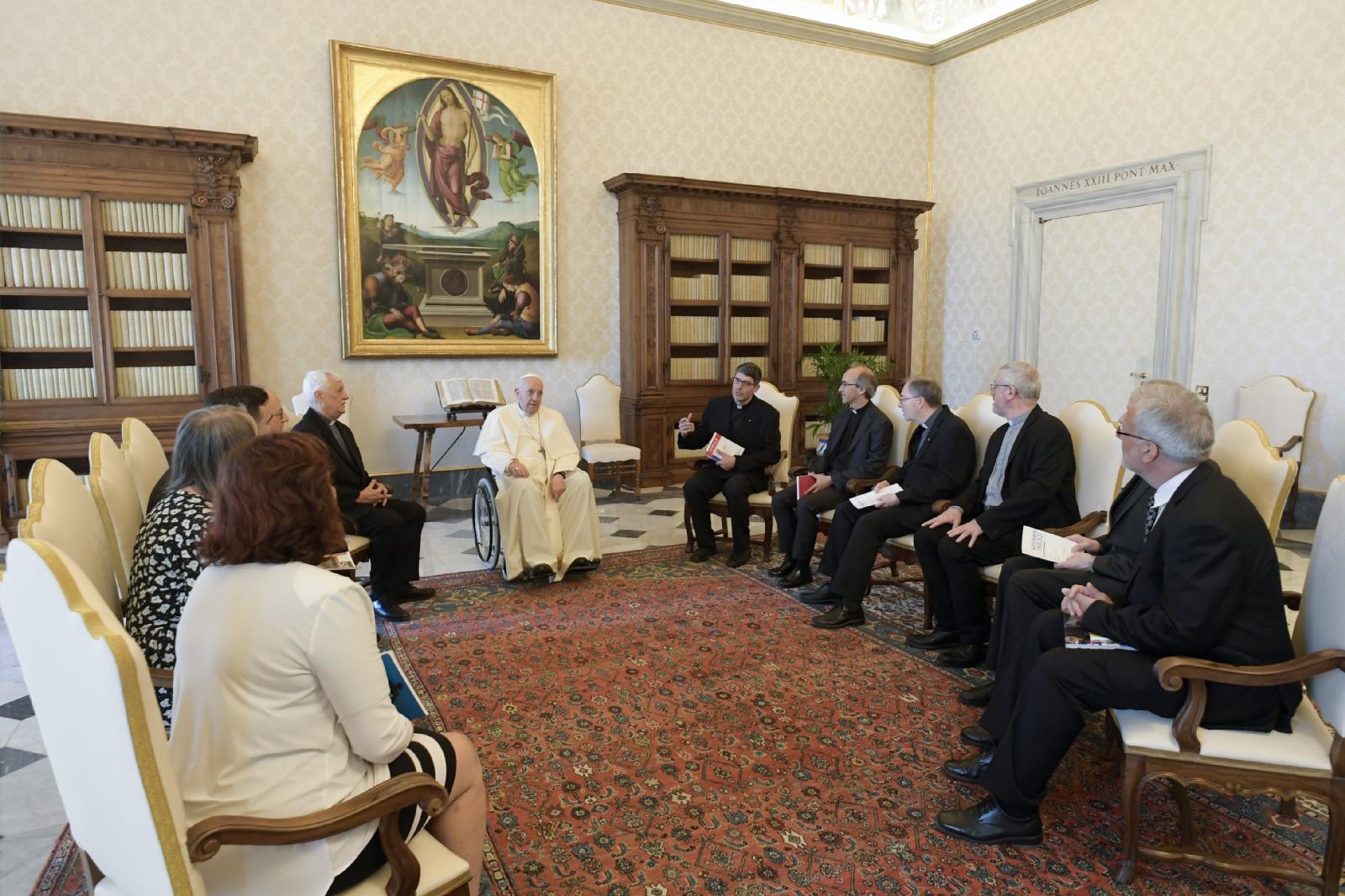 The refusal to accept the reforms of the Second Vatican Council is the major problem facing the Church today, Pope Francis has said.

Francis, who was speaking during an interview with the editors of European Jesuit journals, when he also spoke about Ukraine, warned that those seeking to roll back Vatican II’s reforms have gained a strong foothold in the United States.

“The current problem of the Church is precisely the non-acceptance of the Council,” the 85-year-old Roman Pontiff said. “Restorationism has come to gag the Council. The number of groups of ‘restorers’ – for example, in the United States there are many – is significant.”

Vatican II offered a blueprint for contemporary Catholicism by seeking to better connect the Church with the essentials of Christianity and update the methods it would carry out its mission. The council’s reforms saw the Church come to understand itself as the “People of God” rather than simply a hierarchically structured institution, and it led to changes in the liturgy, closer relations with fellow Christians, a “preferential option for the poor” and opened up a dialogue with other religions. In Central and Latin America, the Pope’s home continent, the council was welcomed and the post-conciliar model of the Church in that region is embodied by the figure of St Oscar Romero who gave his life for the marginalised in his county.

While the council was largely accepted across the Catholic world, the post-conciliar period was a turbulent one with some in the Church continuing to voice scepticism over how Vatican II’s reforms were implemented. The post-conciliar liturgical reforms saw Mass celebrated in local languages, priests facing the people and a more visible role given to women during the liturgical. celebration.

Traditionalists, however, argue that the changes led to a loss of mystery and sense of transcendence in Catholic worship.

Francis has little time for opponents of Vatican II. He has repeatedly stressed that the aim of his pontificate is the implementation of the council, and that those who reject it “do not stand with the Church.”

He has also clamped down on celebrations of the pre-Vatican II liturgy, known as Tridentine Masses as they are based on the forms of worship which arose out of the Council of Trent in 1570. There is a strong current of support for the Old Rite Mass including in the United States, the UK and parts of France.

“It is very difficult to see spiritual renewal using old-fashioned criteria,” the Pope told the editors in the Vatican’s apostolic palace. “We need to renew our way of seeing reality, of evaluating it. In the European Church I see more renewal in the spontaneous things that are emerging: movements, groups, new bishops who remember that there is a Council behind them. Because the Council that some pastors remember best is that of Trent. What I’m saying is not nonsense.”

He added: “An Argentine bishop told me that he had been asked to administer a diocese that had fallen into the hands of these ‘restorers.’ They had never accepted the Council. There are ideas, behaviours that arise from a restorationism that basically did not accept the Council. The problem is precisely this: in some contexts the Council has not yet been accepted. It is also true that it takes a century for a Council to take root. We still have forty years to make it take root, then! Signs of renewal are also the groups that through social or pastoral assistance give a new face to the Church. The French are very creative in this regard.”

Over the last nine years, the Jesuit Pope has faced strong opposition to his pontificate mainly from groups in the United States, Europe and Latin America. They dislike his loosening of his rules allowing for divorced and remarried to receive communion, his focus on issues such as the environment and the plight of refugees and his refusal to follow the “monarchical” model of the papacy. Liturgical traditionalists remain incensed by his restrictions on the Old Rite.

During the interview, the Pope pointed to the resistance faced by the former superior general of the Jesuits, Fr Pedro Arrupe, during the 1970s. Arrupe led the Society of Jesus from 1965-1983 and reshaped its mission in light of Vatican II. He sought to link spirituality with work for justice in places such as a Latin America and he founded the Jesuit Refugee Service, which now operates in 50 countries.

Francis described Arrupe as a “prophetic voice” but faced being locked by a “conservative reaction” inside the society. The Pope said that a group of Spanish Jesuits, working with a group in the Roman Curia, sought to undermine Arrupe. Francis said he witnessed the opposition first hand as he attended a global meeting (the General Congregation) of the Jesuits in 1974. At one point one of those opposed to Arrupe said he wanted to see the superior general “hanging from the gallows in St Peter’s Square”. Although parts of the Curia were involved in making life difficult for Arrupe, Francis said that the Jesuit leader always remained loyal to Paul VI.

“Why am I telling you this story? To make you understand what the post-conciliar period was like. This is happening again, especially with the traditionalists. That is why it is important to save these figures who defended the Council and fidelity to the pope,” Francis said.

It is significant that he emphasised Arrupe’s loyalty to the Pope. Even though the Jesuit superior faced opposition and difficulties from within the Roman Curia, he remained steadfastly loyal to the papacy. This is in contrast to some of the opponents of Francis who have often sought to undermine his authority and have adopted a strategy of resistance.

The Pope also commented on the German synodal process, which has come under heavy criticism for pushing ahead with reforms to Catholic sexual teaching, the use of power and including women in ministry. Francis warned there was a danger the process was coming from “intellectual, theological elites,” and is being “influenced by external pressures”. He also said that some dioceses in Germany were following a synodal path “with the faithful, with the people, slowly” and that he told Bishop Georg Bätzing, the President of the German Bishops’ Conference, that "in Germany there is a very good Evangelical Church. We don’t need two.”

The interview with Francis took place on 19 May 2022 and was released on 14 June by the Jesuit publication La Civiltà Cattolica. While bespoke to the group, the Pope made light of the fact he was in a wheelchair, saying to the editors: “You see? I am in my new gestatorial chair,” a reference to the time when popes were carried around on the sedia gestatoria, a ceremonial throne.