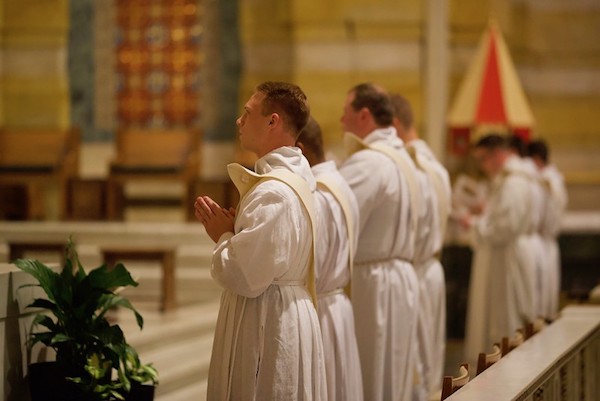 The Pope met with the eight survivors in the Vatican, spending an hour and half listening to their experiences with the help of a translator. 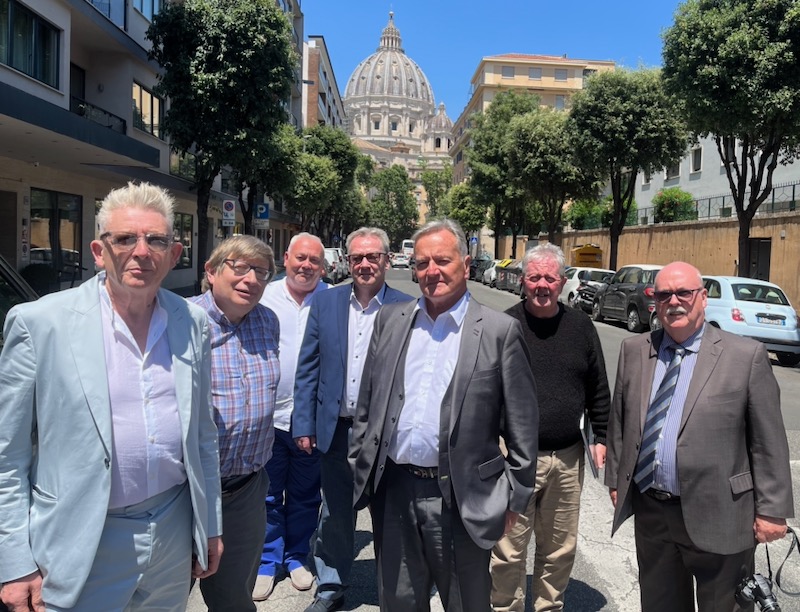 Pope Francis has asked for forgiveness from a group of UK and Irish sex abuse survivors during what has been described as an emotional meeting in the Vatican’s apostolic palace.

The group, who met with Francis on 13 June, attended St Peter Claver College in Mirfield, West Yorkshire, where widespread sexual abuse is detailed to have occurred during the 1960s and 70s. The college was a junior seminary, a secondary-level boarding school for boys who had expressed an interest in the priesthood, and it was run by the Verona Fathers, an Italian religious order known as the Comboni Missionaries.

Their meeting with Francis is a landmark moment for the group in their years-long struggle to have their suffering recognised by the Comboni Order who have continually refused to meet with the survivors or officially acknowledge that abuse took place. The 13 June meeting is the first one between this Pope and a group of UK and Irish abuse victims.

Mr Mullen added that the Pope said he would personally ring the leader of the Comboni order instructing them to meet the group and that any meeting should take place without lawyers present.

The Pope met with the eight survivors in the Vatican, spending an hour and half listening to their experiences with the help of a translator. He also met with some of their spouses. The group was accompanied during the meeting by the Bishop of Leeds, Marcus Stock, and the Cardinal Archbishop of Westminster, Vincent Nichols, President of the Bishops’ Conference of England and Wales. Francis’s decision to meet the group in the Apostolic Palace, which is where he normally receives heads of state, suggests a concern about the lack of pastoral care the group has been shown by the Church. The Pope has been made aware of how the Comboni order has responded to the group.

One of the survivors, Mark Murray, who had gone on to become a member of the Comboni order, explained the impact of the meeting.

“I came out of the meeting with a great deal of hope,” he said. “I have always struggled to find hope after what happened to us as children…[but] I came out hopeful that change is going to happen.”

The former students of the junior seminary have provided extensive evidence about the sexual and spiritual abuse that took place in Mirfield, and have also spoken about the devastating long-term toll it has had on their lives. One of the group, Chris Speight, handed a letter about his life story to the Pope explaining that he is a divorced gay man who was previously married to a woman. Various priests, he said, had told him that he could not receive communion because he was divorced and because he was gay. As a result, for 26 years he didn’t go to Church.

“The last two words that Pope Francis said to me as he shook my hand was ‘take communion’,” Mr Speight said with tears in his eyes.

Bishop Stock has taken the lead in accompanying the men as his former seminary is located in his diocese and he and Cardinal Nichols had written to the Pope asking that the leadership of the Combonis be “held accountable” and make an “appropriate response” to the survivors.

The bishop, who is Vice-Chair of the National Catholic Safeguarding Commission, has offered what has been described as a “full and heartfelt apology” to the group on the 25 June 2021, and was the first time that a senior figure in the Church had acknowledged the abuse

The apology by Bishop Stock was witnessed remotely by Cardinal Nichols and the Archbishop of Malta, Charles Scicluna, an experienced prosecutor of abuse cases and a senior official at the Vatican’s doctrine office. Archbishop Scicluna played a crucial role in brokering the meeting with Francis.

Bishop Stock told The Tablet that the meeting with Francis was a continuation of the meeting he had held with the group in 2021. He said he sought to offer an apology to the survivors in 2021 because the leadership of the Combonis had “failed” to adequately or properly apologise for the abuse that took place. He described the group of men as “very brave” and an “inspiration to me.”

Following the meeting with Francis, the Comboni group also met with Fr Hans Zollner, who is the Church’s leading safeguarding expert and leads the Institute of Anthropology: Interdisciplinary Studies on Human Dignity and Care, at the Pontifical Gregorian University in Rome.

In 2014, 11 of the former students who alleged abuse were paid compensation by the Comboni Order, ranging from £7,000 to £30,000 per person, but the lawyers representing the order insisted that the payments did not constitute an admission of liability. West Yorkshire Police investigated the reports of abuse but as two of the named suspects were dead, the investigation could go no further. The alleged abuser of one of the former students is still alive, but is in Italy and cannot be extradited because of his mental ill-health.

Bishop Stock has unsuccessfully tried to organise a meeting between the survivors and the Comboni order and has described the refusal to engage as a form of continuous abuse. Francis’ meeting with survivors will put the Comboni leadership under intense pressure to change their approach. One of the group, Jim Kirby, said that the Pope’s pledge to call Fr Tesfaye Tadesse Gebresilasie, the Superior General of the order was very significant. “If you are in a company and the Chairman calls you there’s a problem down the line. I am very confident that something will happen and the Combonis will react to this.”

The Comboni Missionaries, headquartered in Rome, is a global religious order founded in 1867 by St Daniel Comboni. It first gained a presence in the UK in 1903 and the order ran a junior seminary in Yorkshire across various locations from 1945 to 1984. The college was located in Mirfield from 1960 to 1984.

Francis has emphasised the importance of accompanying abuse victims, whom he has met regularly throughout his pontificate, and listening to the stories of victims is a central part of the Church’s safeguarding practice. Archbishop Scicluna said in 2019 that the suffering of survivors are the “open wounds of Jesus Christ that we have inflicted upon his body.”