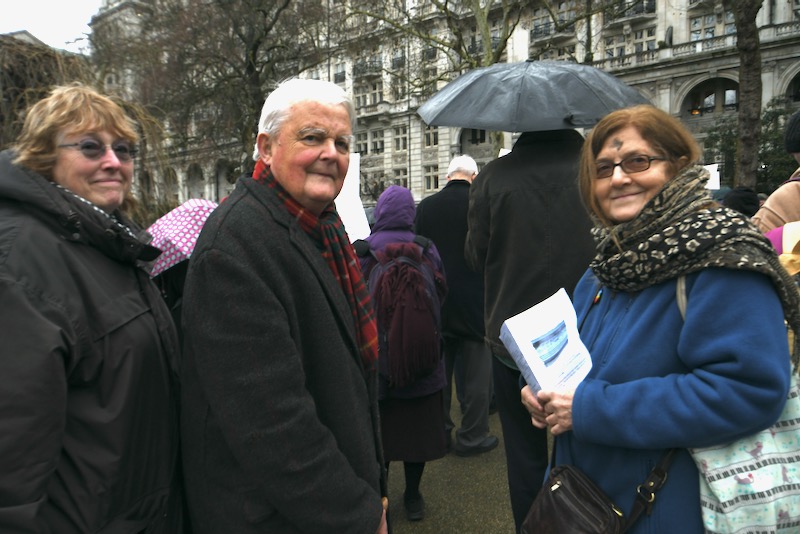 Archbishop Claudio Gugerotti returned to Napier Barracks, which he last visited in March. 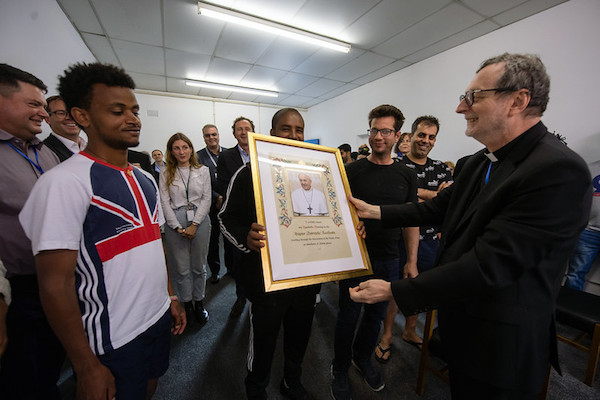 The papal nuncio visited Napier Barracks on Wednesday, for the second time this year, bringing a special blessing from Pope Francis for the asylum seekers housed there.

Archbishop Claudio Gugerotti, the apostolic nuncio to Great Britain, presented a framed photograph of the Pope with his signature to the residents of the barracks, many of whom he had met on his first visit in March.

He described the gift as “a very simple gesture – it’s a Christian gesture”.

Archbishop Gugerotti said that he had written to Pope Francis after his previous visit. “After two days, exactly two days, I received a picture of the Holy Father, his blessing and his handwritten signature. The Pope said, ‘Now go back to the barracks and just convey to these people my blessing – the special blessing that I have sent to you for them.’ Which I did.”

Napier Barracks in Folkestone has been used since last year to accommodate migrants who arrive in the UK by illegal routes, despite legal challenges and widespread opposition, including from the bishops of England and Wales. The Home Office intends to stop using the barracks as it introduces its much-criticised plans to deport illegal arrivals to Rwanda.

The nuncio has regularly expressed concern about the treatment of asylum seekers since his appointment to London in 2020, and in March met the Home Secretary, Priti Patel, to discuss the plight of Ukrainian refugees.

“What they need is to imagine they can live well-integrated into a community and can work for the good of the community,” he said after Thursday’s visit. “They want to live a life that is different from the slaughter and tragedies they have had to see – not only in their countries but also during their travels.”

He said that the Pope’s message was particularly valued by the asylum seekers at the barracks, who have limited contact with the outside world.

“One of the most morally significant people in the world thought of them – took them into consideration, blessed them. It is an expression of solidarity, which for them is a reason for living and continuing to wait and expect the possibility of a better life without persecution.”