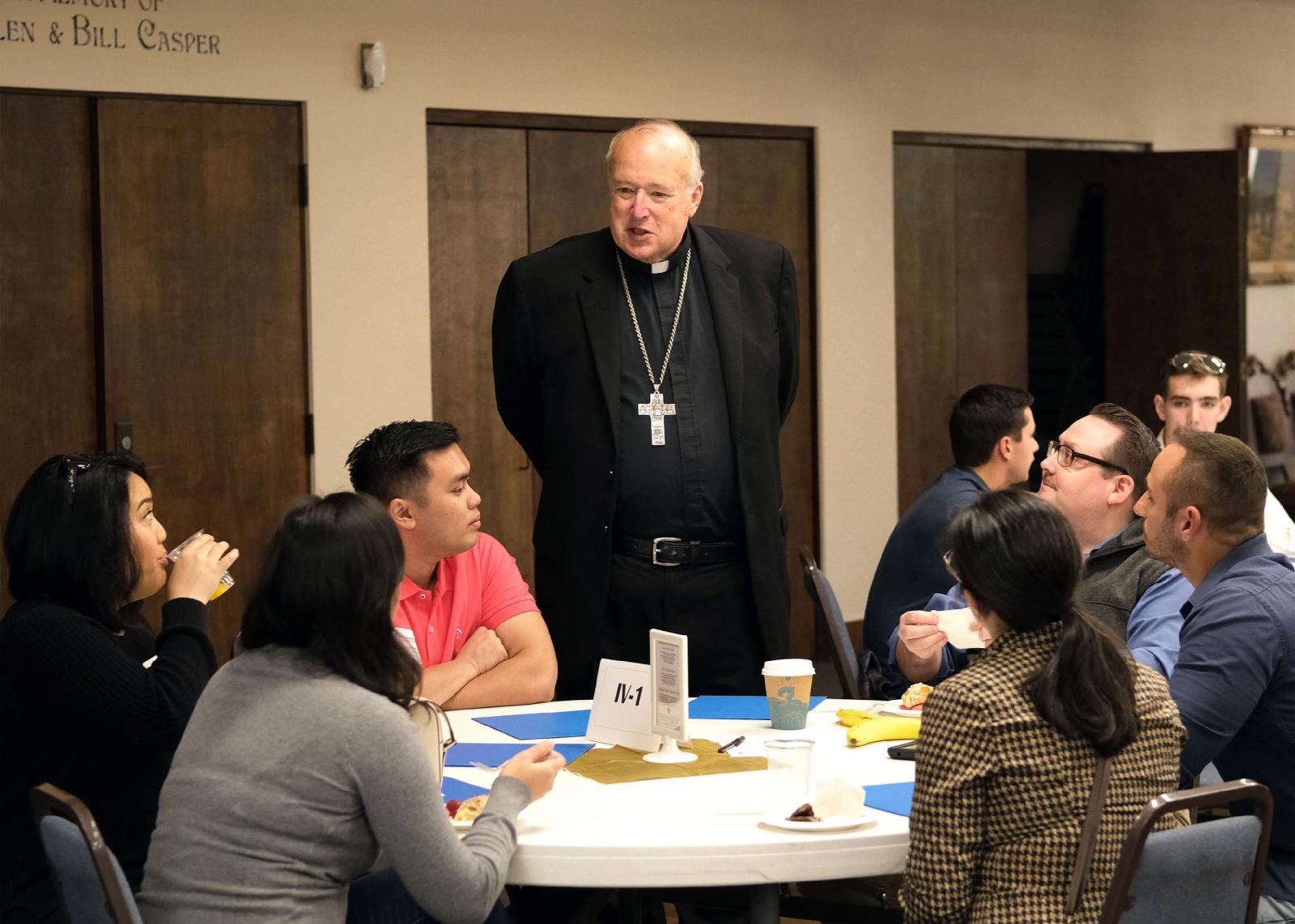 The festival will continue to be held annually over Pentecost weekend. 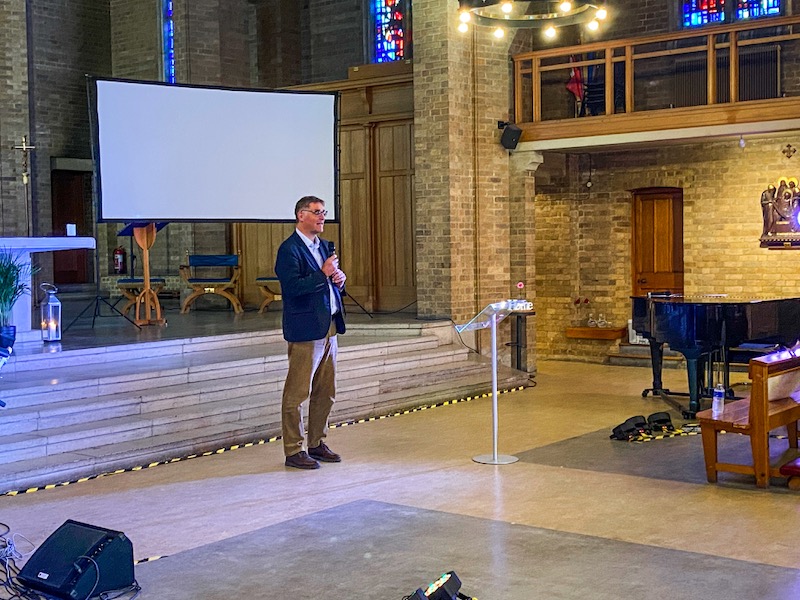 Speakers such as Magnus MacFarlane-Barrow, founder of Mary’s Meals, highlighted the importance of leadership.
Chloe Stafford

The event featured a leadership panel, keynote speakers, workshops, and opportunities for worship. Speakers came from a variety of fields, including business, non-profits, and the Church.

The festival was sponsored by Loretto, a Charismatic Catholic Movement, which was founded in Austria in 1987 and came to London in 2019. Loretto aims to “create spaces for everyone to encounter God and to generate more openness for the Holy Spirit to work”.

It was the first Loretto Pentecost Festival held in the UK. Since its inception in Salzburg more than two decades ago, it has expanded greatly and now takes place in 32 locations across Europe, primarily in Germany and Austria.

The group currently has about 45 active members in the London area, including eight who live at the Loretto home. The home, which is located just yards from the university campus, brings together young people from various backgrounds to live and worship together as a community.

As a whole, Loretto has about 700 active members across seven countries and several thousand people who join various worship services throughout the week.

Keynote speakers for the event included Magnus MacFarlane-Barrow, founder of Mary’s Meals, a non-profit which provides school meals to children in the world’s poorest communities, Pete Wynter, the director of Leadership College London, and Bernadette Lang, co-founder of the Loretto home mission base in Salzburg.

Speakers throughout the weekend highlighted the importance of leadership in the Catholic faith and the need to raise up young leaders.

“Discipleship and leadership go hand in hand,” Wynter said in his address. “You cannot be a disciple and not a leader if you are truly following Jesus.”

Wynter also noted that leaders must also be followers. “Some of the best leaders I know are expert followers,” he said. “Every Christian leader is a follower first, of Christ.”

Wynter highlighted five areas which are vital for a Christrian leader: character, competencies, chemistry, or relational and emotional competency, calling, and charismata, or the gifts that God has given each individual. The last two, he argued, are what distinguishes a Christian leader.

Saturday afternoon was filled with workshops facilitated by various experts, which included a discussion on Catholicism in the news and reframing the issue by Georgia Clarke of Catholic Voices, and prayer-centered leadership by Peter Asprey, the director of prayer at Loretto London.

In his workshop, Asprey discussed the path to union with God. He said that sacraments, prayer, and charity keep you on the path, whereas sin diverts you. Everything else, he said, can do either, which is why it is important to be a Catholic leader.

In the spirit of Pentecost, attendees also had plenty of opportunities to worship together throughout the weekend, including a “Coming Home” to the Father’s heart evening on Saturday once the talks and workshops concluded.

Sunday, the final day, wrapped up the whole event. A Mass as well as a worship session was held, with a final closing and summary at the end of the day. The festival will continue to be held annually over Pentecost weekend.