More than 50 Catholic worshippers slaughtered in Pentecost attack in Nigeria

“No matter what, this country shall never give in to evil and wicked people,” President Muhammadu Buhari said in a statement. 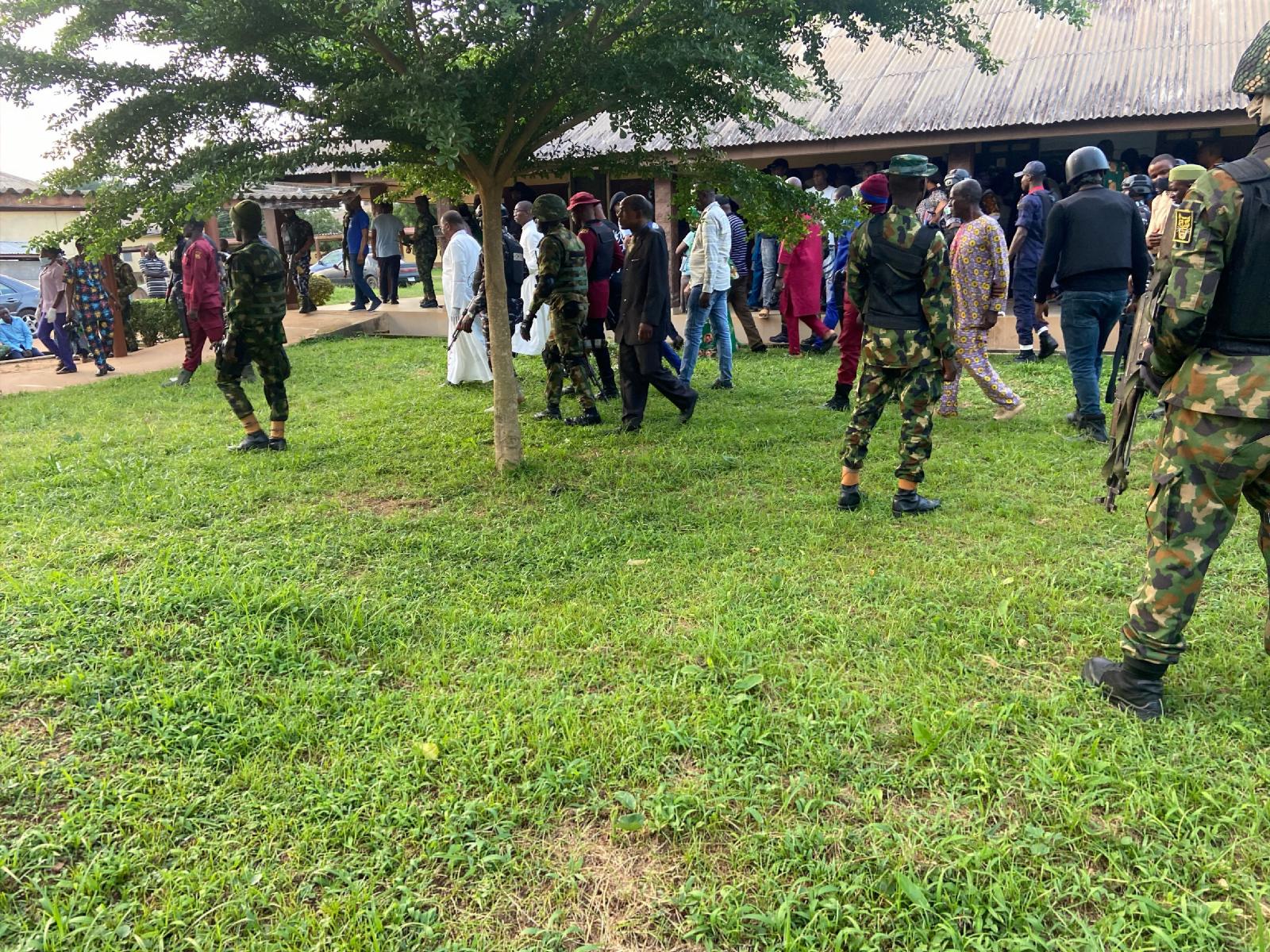 Gunmen have murdered more than 50 members of a Catholic congregation in Ondo state, south-west Nigeria.

The armed men entered St Francis Catholic church in the town of Owo and fired at the congregation as the service marking the feast of Pentecost was drawing to a close.

A doctor at a local hospital, quoted by the Reuters news agency, said that at least 50 bodies had been taken to two hospitals in the town.

After visiting the church and hospital, a state lawmaker Ogunmolasuyi Oluwole told the Associated Press that children were among the dead.

Ondo state Governor Rotimi Akeredolu called the murderous rampage a “vile and satanic attack” on innocent people . He appealed for calm urging people not to take the law into their own hands.

“The assailants will be hunted down and they will pay for their crimes,” he said in a message sent after being briefed at the scene. The identity of the assailants is as yet unknown.

Pope Francis was praying for the victims who had been “painfully stricken in a moment of celebration”, according to a statement from the Vatican.

Within hours, the Catholic Bishops’ Conference of Nigeria, reeling from the news, issued a statement lamenting the lack of security in the country. Conference President, Archbishop Lucius Iwejuru Ugorji of Owerri, reported receiving the news with great shock and sadness. “Nowhere seems to be safe in our country; not even the sacred precincts of a Church,” he said. “If the government fails to act decisively on such a grave matter, it would be encouraging the descent of anarchy on our nation,” he warned.

The Islamic association Muslim Rights Concern called for “immediate arrest and prosecution of the attackers” and better protection for churches and mosques.

Fr Augustine Ikwu, Communications Director for Owo diocese, reported the attack leaving the community “devastated". He said Bishop Jude Ayodeji Arogundade of Ondo expressed his closeness to the victims and their families and appealed to Catholics to, "remain calm, respect the law, and pray for peace and normalcy to return."

“No matter what, this country shall never give in to evil and wicked people,” President Muhammadu Buhari said in a statement. He is in the final year of his two-term presidency and has been severely criticised by church leaders and others for failing to get to grips with the country’s epidemic of murder and kidnapping.

The Daily Trust newspaper of Abuja spoke to Fr Andrew Abayomi, one of the priests at St Francis Catholic Church, who described how the church was attacked.

Fr Abayomi said suspected terrorists struck as the day’s service was about to end. “We were about to round off service. I had even asked people to start leaving, that was how we started hearing gunshots from different angles.

“We hid inside the church but some people had left when the attack happened. We locked ourselves in the church for 20 minutes. When we heard that they had left, we opened the church and rushed victims to the hospital.”

Describing the attack, which happened in his home town, as “vile and satanic”, Governor Rotimi Akeredolu said it was a calculated assault on the peace-loving people of Owo Kingdom who have enjoyed relative peace over the years.

“It is a black Sunday in Owo. Our hearts are heavy. Our peace and tranquility have been attacked by the enemies of the people. This is a personal loss, an attack on our dear state. I have spoken to the Bishop of the Catholic Diocese of Ondo, Most Reverend Jude Arogundade, who is on his way to Owo. Similarly, I have had to cut short my party’s national assignment in Abuja and visit Owo immediately.

“This is an unexpected development. I am shocked to say the least. Nevertheless, We shall commit every available resource to hunt down these assailants and make them pay. We shall never bow to the machinations of heartless elements in our resolve to rid our state of criminals.

“I commiserate with my people in Owo, particularly families of the those who lost their lives to this ugly and unfortunate attack. I extend my condolences to Olowo of Owo (the paramount Yoruba king), Oba Gbadegesin Ogunoye, as well as the Catholic Church.” The Olowo was crowned in a grand celebration in July 2019.

“I urge our people to remain calm and vigilant. Do not take laws into your hands. I have spoken to the heads of the security agencies. I have equally been assured that security operatives would be deployed to monitor and restore normalcy to Owo kingdom,” Akeredolu said.