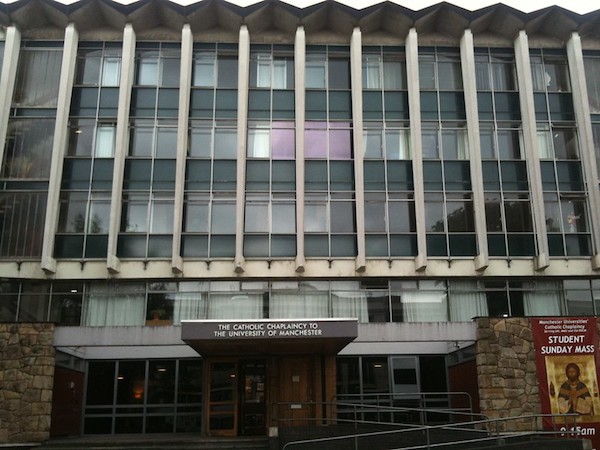 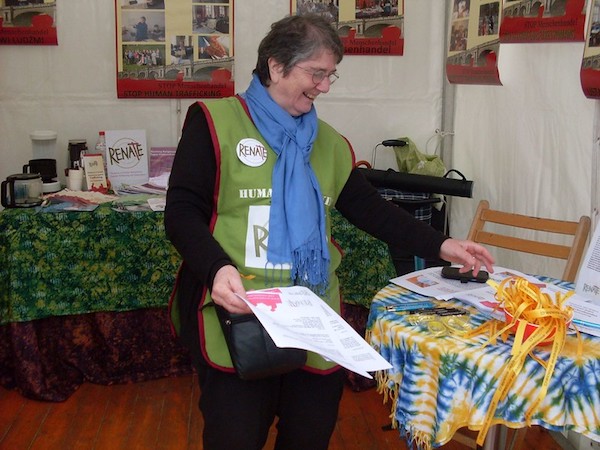 Sister Imelda Poole IBVM at a Renate stall in 2018. She is president of the Mary Ward Loreto Foundation in Albania, and one of the founding trustees of Mary Ward Loreto UK.
British Embassy to the Holy See/flickr | Creative Commons

Around 30 people attended the event, which also celebrated the centenary of the opening of diplomatic relations between Albania and the UK. Mary Ward Loreto UK aims to support the work of the established Mary Ward Loreto Foundation in Albania and to enable cross-border work between UK and Albania supporting Albanian trafficking victims.

Sr Imelda Poole IBVM, president of the foundation in Albania, said: “It is time to recognise the enormously hard work undertaken not only by our foundation in Albania, but also by the Albanian community here in Britain, to protect and prevent their young people from having their lives destroyed by temptations visited upon them by human traffickers.”

She added: “We see that there are a distressingly large number of Albanian victims who are still being recovered here in the UK.”

Speaking in front of the Union Flag and the double-headed black eagle on the red flag of Albania, Qirjako Qirko, the Albanian ambassador, welcomed the new charity. He said he was delighted that the tireless work being done by the Mary Ward Loreto Foundation in Albania “is now being strengthened by a new organisation on the ground here in Britain, bringing new sources of funding, stability and expertise to six advice and service centres across Albania”.

The ambassador praised Sr Imelda, a founding trustee of the new charity, saying she nourished "the close connection between Albania and the Loreto order".

The British ambassador to Albania, Alastair King-Smith, was also present, and expressed his thanks to Sr Imelda and the Mary Ward Loreto team for their mission.

Mary Ward Loreto UK has a fundraising target of £600,000 this year to enable its network across Albania to maintain services providing shelter, protection, counselling and trauma therapy as well as enhancing education, digital skills and social business opportunities. In the UK, support services are offered to victims, resulting in hundreds being able to return to Albania.

Sr Imelda is also president of Renate, the Religious in Europe Networking against Trafficking and Exploitation, which announced that a new core group has been elected including Marie Power, a Holy Family of Bordeaux sister from the UK. Across Europe there is concern that women and children fleeing Ukraine’s war are especially vulnerable to being trafficked.

Meanwhile, Cardinal Charles Bo of Yangon, president of the Federation of the Asian Bishops’ Conferences, has denounced modern-day slavery and suggested that spiralling conflicts in places like Ukraine and Myanmar have infused, “a new and desperate urgency into this issue”.

In a keynote address of the Santa Marta Group’s meeting at the Vatican on 18 May, Cardinal Bo warned that “while thousands are exhibiting generosity to the war-affected, the heartless march of trafficking wolves masquerading as benign helpers rolls on”.

He said Christians have an imperative to wage a war against human trafficking, sex trafficking, debt bondage, and forced labour – particularly protecting women and children.