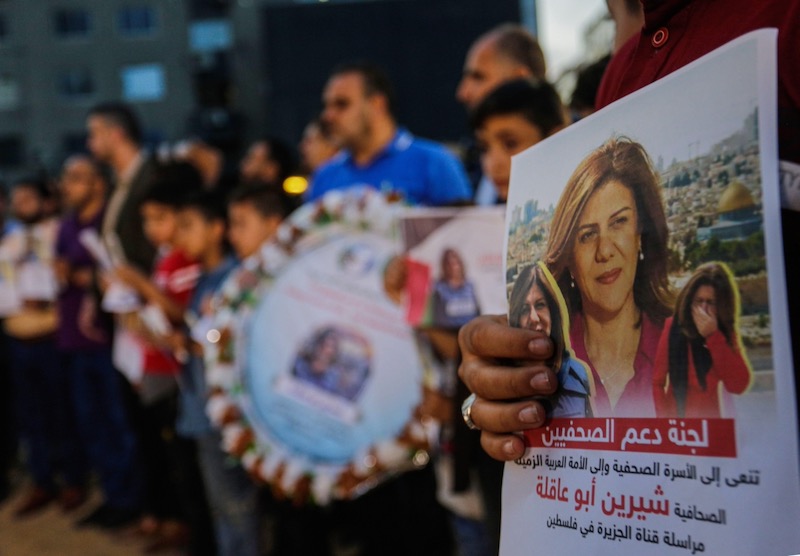 “How can we live at ease as a body when there is this pain among us?” 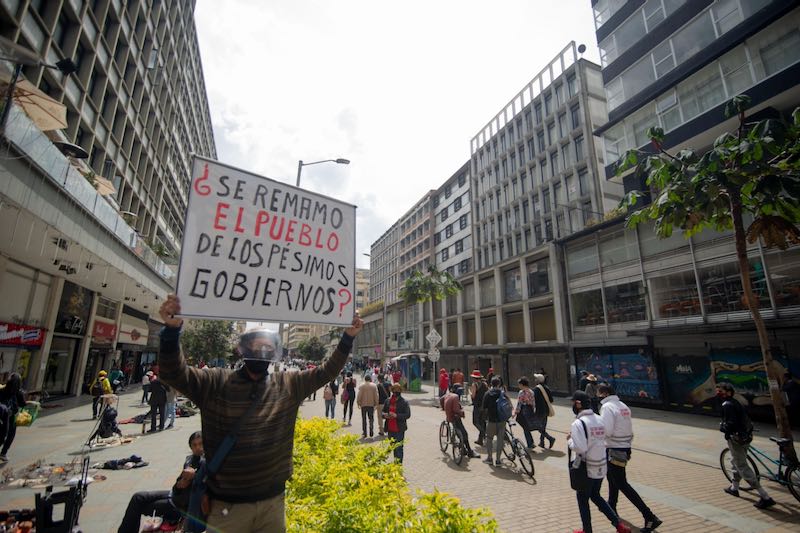 Members of several indigenous tribes demonstrate in Plaza de Bolivar against the massacres and the killing of social leaders in 2020.
VWPics / Alamy

“We tore our dignity to shred,” says Fr Francisco de Roux SJ, describing his view of the 60-year Colombian armed conflict that he has been investigating for the last four years as president of the country’s Truth Commission. Fr de Roux, a former provincial of the Colombian Jesuits, was talking to the Madrid daily El País as he completes his report, which is due to be published on 28 June.

Asked how he coped with the horror stories he had heard, Fr de Roux said: “As a Colombian I couldn’t live in any other way. We are a body as a nation and we have no other way of being free and winning dignity if we do not understand the totality of the body. It is a body that has had its faced shattered in Machuca, its heart broken in the Chocó, its legs burnt in El Salado, its arms torn off in the Magdalena Medio, its stomach and liver burst in Nariño, its vagina destroyed in Tierralta, the spirit and soul of a people devastated among the indigenous people of the Vaupés and the Embera indigenous people.

“How can we live at ease as a body when there is this pain among us?  And it is such a beautiful country, a country of drums, of so many types of music, and all this has been penetrated very deeply by fear, by pain, by uncertainty. That is why Colombia, after 60 years, continues in an internal armed conflict in which many boys died in battles as guerrillas or paramilitaries without any idea of what they were fighting for.”

Fr de Roux said he had been surprised by the way Colombia became “desensitised” to the violence. “It became normal to live in the midst of so much human suffering. In 2001 we would turn on the television and the first item would be that day’s massacre. Even today there are small massacres, but then it was 100 people, 80 people. And the county carried on as though nothing was happening..  It’s amazing.

“The street-sellers went on selling their bits and pieces, the business people carried on with their businesses, the academics went on teaches, priests saying mass. Brutal. Why didn’t Colombia react? Over 80 per cent of the dead were unarmed civilians – they weren’t combatants.

And this went on for fifty years. We tore our own dignity to shreds. That is why I’m impressed by the attitude of  Greta Thunberg to global warming – because I feel the same anger – when she says: ‘How dare you? How can you dare to think you are human beings if you allow this to happen?”

Asked what the commission’s final report meant for him, Fr de Roux told El Pais: “It means a very harsh experience, of being confronted with the truth.  And at the same time a call to hope.  Harsh because we went through very deep things.  We went across the country once more and found so many women raped and abused.

“The over 30,000 children taken to the war and who are now describing how they were dragged into it, how they were raped, how the women were forced to have abortions. We met very many people who had been kidnapped, out of the total of over 27,000 kidnappings. Over 1,000 families whose children were dressed up as guerrillas by the army and murdered. We have been in the villages where massacres took place. I could go on. That is the reality of the suffering. And the soldiers who lost their legs, with their faces burnt by anti-personnel mines. Enormous pain on all sides. Colombia has to stop and think about this and go forward.”

The real challenge of the commission’s work, says Fr de Roux, is reconciliation. “People want the truth to be told. And at a deeper level we believe in reconciliation.

“First, build on the truth, second, take the decision that we won’t start killing each other again, third, make other people feel: ‘I understand you, I put myself in your shoes and I respect you.’ Fourth, build together even though things have been so hard.  But we won’t forget, precisely so that it doesn’t happen again. We will fill this country with places of memory to save the dignity of the people who died.

“We don’t think what we are doing is an end point. We want to bring the country together in a conversation, to go deeper into what we have found.  I’m not afraid of being stigmatised. What makes me afraid is not succeeding in bringing the country to understand what happened to us and to rebuild out of our differences. It is so difficult that I don’t know if we will be up to it.”