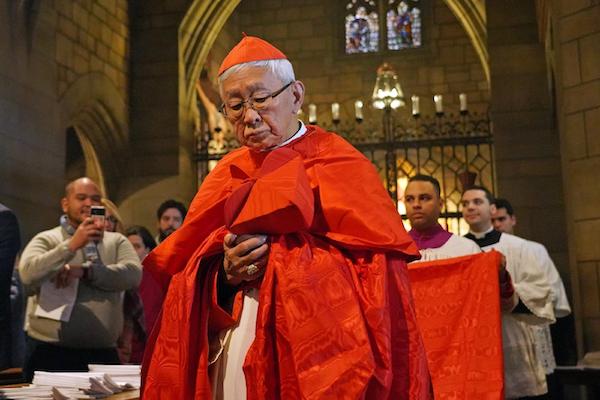 Outcry at detention of Cardinal Zen

Pilgrim image must return to Fátima, but Ukraine will have replica

“The pilgrim image is, by definition, one that leaves from, and then returns to, the shrine,” said Fr Carlos Cabecinhas. 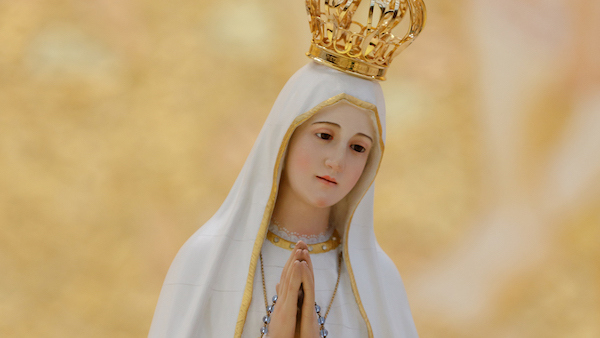 The Pilgrim Image of Our Lady of Fátima. The shrine said that the image it sent to Lviv must return, but said it would bless an identical image to go in its place.
Shrine of Fátima

The Shrine of Fátima, in Portugal, has declined a request made by the Ukrainian Greek Catholic Church to let the Pilgrim Image of Our Lady stay in the cathedral of Lviv for good, but will instead bless and send over a new, identical image.

The pilgrim image was sent to Lviv at the request of the local church after the war began, and arrived in time for the consecration of Russia and Ukraine to the Immaculate Heart of Mary, which took place on 25 March, the feast of the Annunciation.

Initially the image was to remain in Lviv for one month, but the Archbishop of Lviv, Ihor Vozniak, asked for it to stay longer, or even to be given to the cathedral on a permanent basis.

During a press conference before the celebrations of the feast of Our Lady of Fátima on 13 May, the vice-rector of the shrine, Fr Carlos Cabecinhas, said the request for the image to be donated had been declined, as a matter of principle, but an alternative had been found.

“The pilgrim image is, by definition, one that leaves from, and then returns to, the shrine in Fátima,” said Fr Cabecinhas, explaining that the current image can stay for as long as is necessary, and will hopefully also visit other dioceses, but must eventually be returned.

Instead, a new and identical image has been blessed at the shrine and will be sent to Ukraine as a gift.

The pilgrim images of Our Lady are exact copies of the original, which was made according to the strict instructions of Sister Lúcia, the only one of the three shepherds who witnessed the apparitions to survive childhood.

It was solemnly crowned on 13 May 1947, and since then the bullet used in the attempt on St John Paul II’s life, on 13 May 1981, has been placed in the crown. The image sent to Lviv in March is the thirteenth replica.

The feast day celebrations this year were presided over by Venezuelan Archbishop Edgar Peña Parra, who is the Substitute of the Secretariat of State, at the Vatican. During his sermon at the candlelit vigil, the archbishop condemned the “atrocious and barbaric violence of war, which produces no winners, only losers, only tears”.