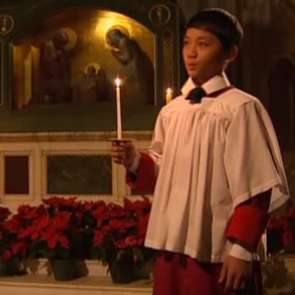 The west London Orthodox cathedral visited by the Prince of Wales on Wednesday is habitually treated with profound disrespect by local Sunni Muslims, the Syriac Orthodox Archbishop for the UK has told The Tablet.

Archbishop Athanasius Toma Dawod said: “They come, they spit, they swear. When they pass the church, they cover their eyes or turn their faces away. They don’t like to see the cross.”

Women in his congregation had been harassed in the street, he said. “Muslim men hear them speaking in Arabic and call out to them ‘Why aren’t you wearing the hijab? Why are you unbelievers? You’ll go to hell.’”

Making his second visit to the cathedral, a purpose-built, £1 million building in Acton, Prince Charles heard first-hand accounts from Iraqi faithful who had fled persecution by Islamic State extremists in their homeland. Last week he spoke with Chaldean Catholics at a nearby church.

The archbishop added that his community enjoyed “respect” from local Shiite Muslims. He had discussed his concerns with the local Shiite imam, who reported facing a similar problem from Sunni Muslim youth.

Khalid Rashad, 62, co-founder of a Salafi mosque in Acton, the An-Noor Cultural and Community Centre, condemned the abusive behaviour as “unIslamic”. He said: “These people are quite silly.” Protecting young people from extremism was “a huge, huge job,” he added.

The archbishop said there are 4,000 mostly Iraqi Syriac Orthodox in Britain, of whom 3,000 were applying for asylum. He took issue with the Archbishop of Canterbury’s plea at General Synod last month that the UK should not open its doors to Middle Eastern Christians fleeing violence but should press for the creation of safe havens in the region. “Who will protect them?” asked the Iraqi-born prelate.