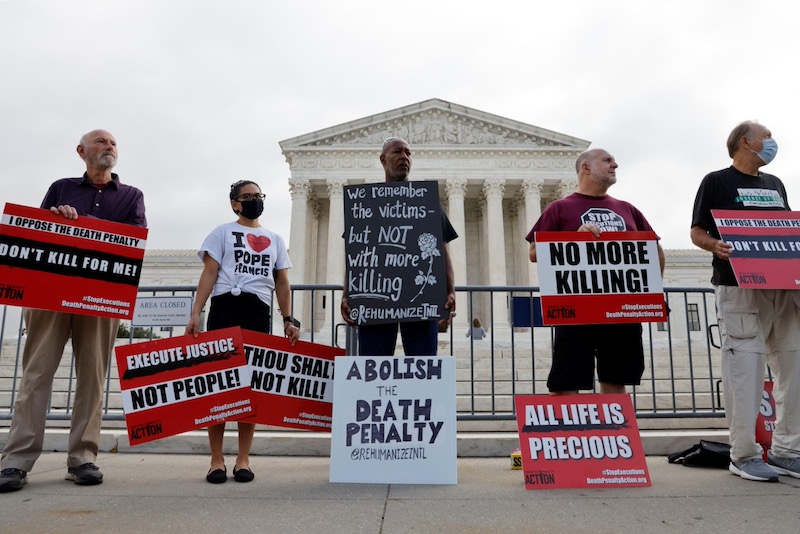 JRS calls on government to protect not punish refugees

Bishop Paul McAleenan: “We are dealing with individuals made in God’s image, who have endured great hardship.” 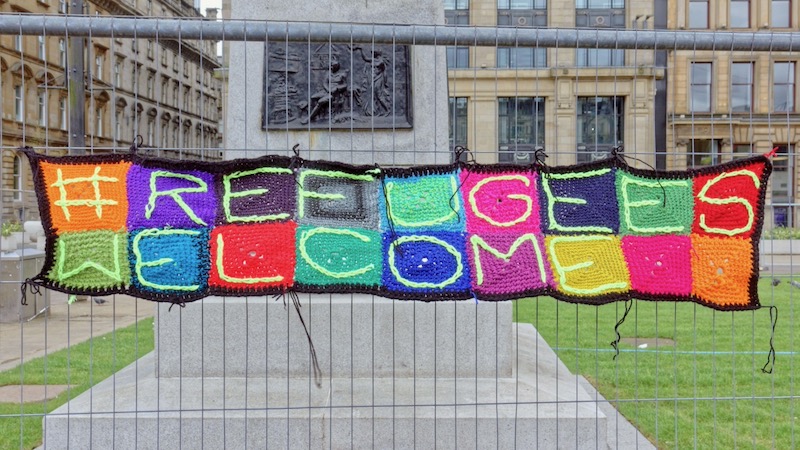 A demonstration in Glasgow against plans to send asylum seekers to Rwanda.
Gerard Ferry/Alamy

The Jesuit Refugee Service has responded critically to the home secretary’s defence of the government’s plans to send asylum seekers to Rwanda.

In a statement, the charity listed sixteen principles to help the system “be positively, practically turned around”, emphasising the need for a personal approach to asylum applications and the “rejection of the culture of refusal and disbelief”.

The list emphasised the need for an effective legal process and access to high quality advice “ensuring asylum decisions were made right first time”.  As many as half of asylum refusals are reversed on appeal.

“This would mean people seeking asylum were no longer subjected to painful limbo, and could access justice,” said a spokesperson for the charity, emphasising that this was essential to “a person-centred asylum system”.

“To get there, the government must commit to protecting refugees, not punishing them.”

Writing in The Times last week, Priti Patel said that the “global asylum system is broken” and needed “innovative solutions” to end the trade in people trafficking.  She accused her opponents of failing to offer alternative proposals, but the Jesuit Refugee Service (JRS) said that it has “always promoted a positive vision for better asylum processes”.

Charities and Church leaders were scathing in their criticisms of the £120 million scheme announced on 14 April, which would see an uncapped number of illegal arrivals in the UK sent to central Africa to go through the Rwandan asylum process.

The Society of St Vincent de Paul called it “a punitive move”, while the JRS said that the plans “displayed a craven disregard for humanity and dignity”.

“Removal to Rwanda is, essentially, the pièce de résistance among punishments to be meted out, and the ultimate barrier to finding safe haven in the UK,” said the JRS statement, which also pointed to the expense and impracticality of the plan.

Besides vocal condemnation of the scheme by Catholic and Anglican prelates in their Easter homilies, the Bishops’ Conference of England and Wales said it would “compound the difficulties of those arriving on our shores hoping for a new beginning”.

Bishop Paul McAleenan, an auxiliary bishop in the Archdiocese of Westminster and the conference’s lead for migrants and refugees, said that the plans defied the words of the Prophet Isaiah: “He does not break the crushed reed, nor quench the wavering flame.” (Isaiah 42:3)

“The actions of the people of this country show that they wish to lift up those in need, decisions of the government should do likewise,” he said. “We are dealing with individuals made in God’s image, who have endured great hardship.”