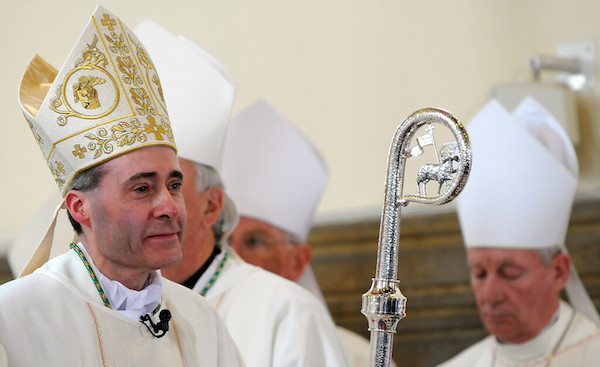 Fr Vitaliy Novak CM, the chair of trustees of Depaul Ukraine, says that his city will celebrate the feast in defiance of the war. 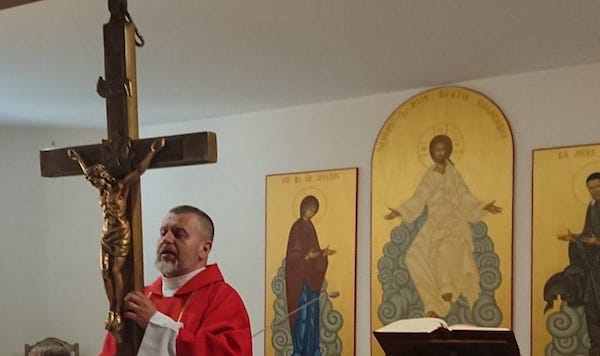 The citizens of Kharkiv are preparing to celebrate Orthodox Easter in spite of the destruction which surrounds them, says Fr Vitaliy Novak CM.

“One part of the city is on fire, in the other part they are feeding the flowers and preparing for Easter,” he told The Tablet on Wednesday, as he prepared to drive a delivery of food supplies to the Donbas.

Fr Novak, a Roman rite Catholic priest, is the chair of trustees of Depaul Ukraine. This branch of Depaul International had been helping 8,000 homeless people across the country each year before the invasion – but now the numbers in need are much greater, and Fr Novak’s job is rather different.

Depaul has transported over 150 tonnes of aid supplies into the country since March, and he will now take his shipment to within 50 miles of the “red zone”, where Ukrainian forces are fighting the Russian offensive in the Donbas.

“I can do something,” he says. “It is better to be able to act when you see real need.”

During peacetime he would be in board meetings, discussing strategies, waiting for permission to begin projects, but not now – “we will do the formal things after the peace”. He is full of praise for the support the charity has given him.

Kharkiv, close to Ukraine’s north-eastern frontier with Russia, has been subject to bombardment for the past 55 days: “Parts of the city are like Mariupol.” There is no electricity, no gas, and it is impossible to travel around the city safely. Many of the houses around his church have been hit by the shelling.

“This is psychological harm,” he emphasises, “people don’t feel secure anywhere. You don’t know where the bomb or the missile will fall.”

In his church, where he celebrated the Easter Triduum last week, there were 120 people sheltering in the basement at the start of the war. Many have now fled west, leaving fewer than 30 left, “mostly elderly, people who do not know where to go, who can’t imagine leaving Kharkiv”.

Yet he also describes pride and hope in the city, where civilians hurry to clear up the damage in the moments between bombardments, and every affront makes them only more determined.

“Faith gives us the power to continue,” says Fr Novak, “for the most important gift from God is freedom. We believe in freedom and dignity at all levels.”

“The choice is freedom or death.”

Charities in the UK continue to amass donations in response to emergency appeals. Depaul is now feeding 3,300 individuals each day in Ukraine. In Liverpool, the archdiocese is preparing to send four more consignments of medical supplies and other aid, with six volunteer drivers covering the 2,800 miles in five days.

One of the drivers, Jill Boggan, the archdiocese’s director of finance, said that she hoped the donations to Ukrainians “will provide both practical support and comfort that they are not alone”.

For Fr Novak, this is precisely what makes the support so important: “We know that we have solidarity from the world against the greatest enemy, the greatest terrorist,” he said.

“Thank you as loud as possible for every kind of help and aid.”

In perhaps the most important shipment of all, Depaul is delivering seven tonnes of wheat to Kharkiv this week, so that its citizens can bake their customary Easter cakes. “The Resurrection is here,” says Fr Novak – the shells and the bombs can’t change that.