Pope tells Gypsies to contribute to the common good 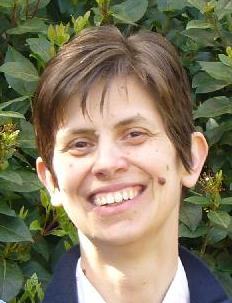 The first woman bishop in the Church of England was named today.

The CofE announced this morning that Revd Libby Lane is to be installed as the suffragan bishop of Stockport.

General Synod voted in July in favour of women bishops and formally adopted the legislation on 17 November.

In 2013 Bishop-elect Lane was elected as a female representative for the north-west region to House of Bishops and since 2010 has been Dean of Women in Ministry for the Diocese. She is a bishop’s Selection Advisor, advising and supporting those considering a vocation to ministry in the Church of England.

Bishop-elect Lane has been parish priest of St Peter’s Hale and St Elizabeth’s Ashley, in the Diocese of Chester, since 2007. She was one of the first women to enter the priesthood and was ordained a deacon in 1993 and a priest in 1994. She was ordained with her husband George, who is co-ordinating chaplain at Manchester Airport.

Canon Simon Killwick, Chairman of the Catholic Group in General Synod which opposes the ordination of women, said in a statement: “In the spirit of mutual respect and flourishing for all in the Church of England, we offer our prayers and good wishes to Libby on her appointment as Bishop of Stockport. Naturally, we regret the implications for the wider unity of the worldwide Church.”

In a brief video message on the Diocese of Chester website, she said her prayer was that she would be able to "use the authority vested in me to heal and not to hurt; to build up, not to break down". "I am committed to using this unique moment to build unity and to grow God's kingdom together," she said.

The Archbishop of Canterbury, Justin Welby, said Bishop-elect Lane's "Christ-centred life, calmness and clear determination to serve the Church and the community make her a wonderful choice".

She succeeds Robert Attwell, who was made Bishop of Exeter in April.

In an effort to fulfil their obligation to Anglicans who cannot accept female episcopal leadership, the Dioceses Commission earlier this month accepted a proposal from the Archbishop of Canterbury to fill the vacant suffragan bishopric of Maidstone, which he wants to be filled by a conservative Evangelical who is not in favour of women bishops.

Parts of the Anglican Communion already allow the ordination of women as bishops, and as of 2014, women have served or are serving as bishops in the United States, Canada, New Zealand, Australia, Ireland, South Africa, South India and Cuba, and in 2006 the Episcopal Church became the first Anglican province to elect a woman, the Most Rev Dr Katharine Jefferts Schori, as Primate.