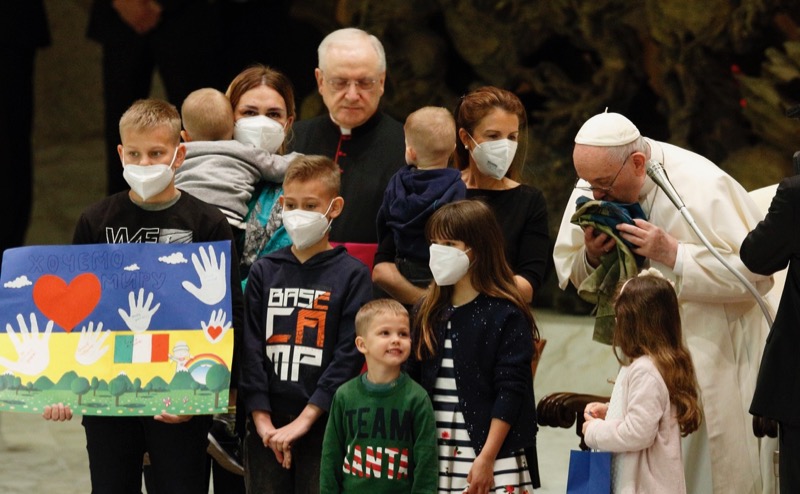 He compared the invasion to the history of Russian atrocities in Ukraine, including the “Red Terror” under Stalin. 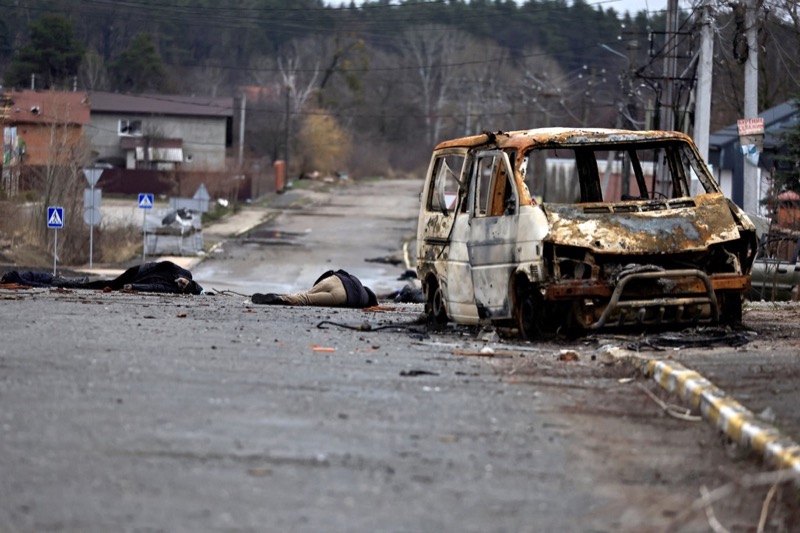 Ukrainian troops have reported finding evidence of the deliberate killing of civilians as they re-took the town of Bucha in recent days. They claim to have found 410 bodies in the town to the north-west of Ukraine’s capital, which Russian forces abandoned last week as they re-orientated their offensive to the east.

“Europe only ever saw such scenes in the liberation from the Nazis,” said Archbishop Shevchuk. “Today Ukraine is seeing this, and it is so important that the whole world sees and hears it.”

The Orthodox Metropolitan of Kyiv, who heads Ukraine’s independent Orthodox Church, also drew comparisons with Nazi Germany in his sermon on Sunday.

Metropolitan Epiphaniy said that the “Russian world” ideology espoused by Vladimir Putin and by Patriarch Kirill of Moscow “justifies violence, murder, war, and genocide, and must therefore be rejected and condemned in the same way that Nazism was condemned”.

“Hundreds, perhaps thousands, of innocent people were tortured in the weeks of Russian occupation. No military necessity could motivate this, as the civilians did not pose a threat to the occupiers.”

He compared the invasion to the history of Russian atrocities in Ukraine, including the “Red Terror” under Stalin and the destruction of the city of Baturyn by Tsar Peter I in 1709.

Reports from Bucha describe bodies discovered with close-range gunshot wounds and their hands bound behind their backs, and mass graves. The Ukrainian president Volodymyr Zelenskiy has accused Russia of genocide, and the US president Joe Biden has called for President Putin to face trial for war crimes.

The Secretary-General of the United Nations, Antonio Guterres, has called for an independent investigation into the alleged massacres.

The Kremlin has rejected the allegations and accused the Ukrainian government of staging the massacre several days after Russian troops left the town.

Metropolitan Epiphaniy directly charged Patriarch Kirill with complicity in the invasion, and appealed to the Orthodox in Russia to reject his ideology:

“It is about good and evil as such and about everyone’s choice: are you with God or with the devil?

“Kirill Gundyaev has already made his choice in favour of the affairs of the antichrist. I urge those who still have him as their shepherd – open your eyes, look at the poisonous fruits of his teachings, stay away from the lawless, do not be his accomplices.”