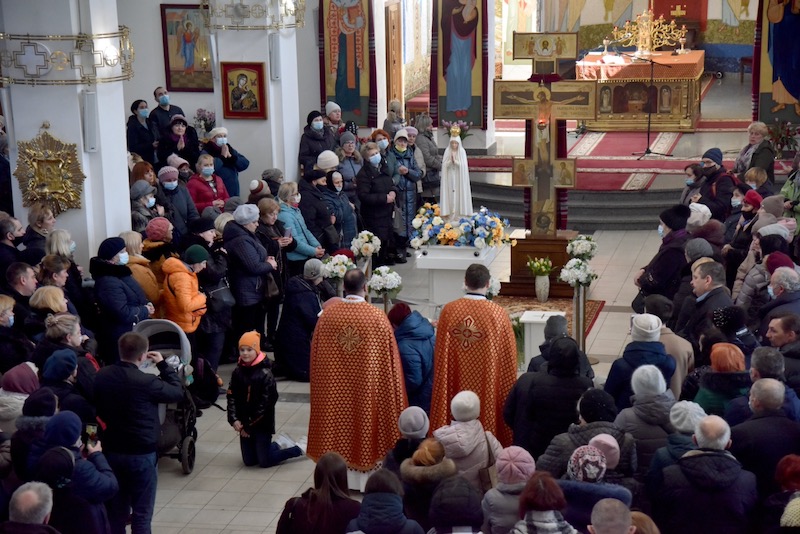 Consecration of Russia and Ukraine is 'message for peace'

During his pontificate, Francis has sought to diversify the leadership of the Curia, appointing religious sisters to several high-ranking positions. 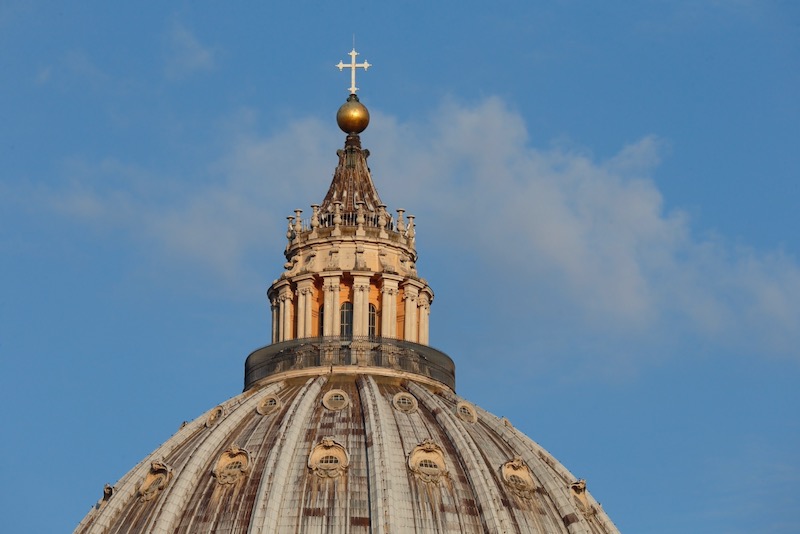 The aim of the constitution is to ensure that the Roman Curia, the oldest bureaucracy in the world, is geared towards missionary evangelisation.
CNS photo/Paul Haring

Pope Francis has issued a long-awaited reform document of the Church’s central administration that allows laymen or women to run most Vatican departments, formally establishes an office to fight sexual abuse and says Rome must serve local churches.

Pope Francis chose yesterday, the Feast of St Joseph and the anniversary of Francis’ installation as Pope, to release the new constitution for the Roman Curia, Praedicate Evangelium, or “preach the gospel”. The document has been worked on over the last nine years by the Pope and his cardinal advisers and in consultation with local bishops’ conferences.

Along with making structural changes, the aim of the constitution is to ensure that the Roman Curia, the oldest bureaucracy in the world, is geared towards missionary evangelisation. This cannot, the document makes clear, be left solely to the Vatican’s monsignors, bishops and cardinals.

“The Pope, the bishops and other ordained ministers are not the only evangelisers in the Church,” the constitution's introduction explains. “The reform of the Curia, therefore, must include the involvement of laymen and women, also in roles of governance and responsibility.”

While the vast majority of Vatican offices are led by cardinals and archbishops, the constitution says that laymen or women can “head a dicastery (department) or organism” if the Pope decides they are qualified and appoints them. It is likely, however, that offices which oversee the appointments of bishops and clergy will still be led by bishops or cardinals given the ban on the ordination of women. Nevertheless, the change is significant given that the most recent constitution, issued in 1988 by John Paul II, states that the majority of departments should be led by a bishop or cardinal.

During his pontificate, Francis has sought to diversify the leadership of the Curia, appointing religious sisters to several high-ranking positions and women to the boards of Vatican departments.

Reform of the Curia has been a central part of this papacy and was specifically requested by the cardinals ahead of the 2013 conclave that elected Francis. Along with concerns about financial scandals, which the Pope has worked hard to tackle, there were also complaints about Roman centralisation, with the Roman Curia sometimes accused of acting as though they were the overlords of local bishops. It created a culture where some bishops felt paralysed for fear of reprisals from Rome.

The Francis pontificate has, however, seen a more collegial, listening approach by Rome when it comes to local bishops while Praedicate Evangelium states that the Roman Curia is an instrument of service for the Pope and the whole Church.

“The Roman Curia does not stand between the Pope and the bishops, but rather places itself at the service of both,” the constitution explains adding that the reform is part of the “missionary conversion” of the Church, aimed at reflecting “the image of Christ's own mission of love”.

Rather than a model of the Curia as a stand-alone bureaucracy, it is called to model a synodal, evangelising approach of “mutual listening” that works in harmony with bishops’ conferences in the service of evangelisation.

Among the other significant structural changes announced in the constitution is the inclusion of the Pontifical Commission for the Protection of Minors into the structure of the Curia, and is effectively the establishment of the first Vatican safeguarding office. One of the difficulties the commission has faced in the past has been a lack of any legal status in the Vatican. It will remain a distinct body but come under the new Dicastery for the Doctrine of the Faith.

Cardinal Sean O’Malley, the president of the commission, said it was the first time that “safeguarding and the protection of minors” has become part of the curia, and is “a significant move forward in upgrading the place and mandate of the commission”.

All Roman Curia offices have now been given the title of “dicastery”, with the department for evangelisation being listed first, ahead of what was the Congregation for the Doctrine of the Faith. Although the constitution says that all the Roman Curia offices remain legally equal, it is a significant move.

The doctrine body is the oldest in the Curia and was known as “La Suprema”. In 2019, Cardinal Oscar Rodriguez Maradiaga, a member of Francis cardinal advisory group, explained: “Pope Francis always emphasises that the Church is missionary. That is why it is logical that in first place we have put the Dicastery for Evangelisation and not the Doctrine of the Faith.”

Furthermore, Praedicate Evangelium explains that the Pope will take personal charge of the evangelisation office and be assisted by two “pro-prefects”, underlining the importance of the office. A new dicastery for charity, led by the papal almoner, Cardinal Konrad Krajewski, has also been established.

For years, the Holy See’s doctrine office has investigated priests, theologians and religious and set out the red lines of Catholic doctrine.

The constitution says that, while the Dicastery for the Doctrine of the Faith must still maintain the integrity of doctrine and be consulted when it comes to releasing documents, it must first “seek dialogue” with those it considers to have been in breach of Church teaching.

A major theme of the document is the call for a “healthy de-centralisation” in the Church, along with an emphasis on the Curia taking a less siloed approach and working more collaboratively. In many respects, the new constitution codifies much of the reform work that has already been rolled out during the Francis pontificate along with seeking to implement the Second Vatican Council, which is frequently cited.

The constitution also establishes a new Dicastery for Education and Culture and re-affirms the Secretariat of State’s role as being the office which co-ordinates the work of the Curia along with closely assisting the Pope in his global ministry.

When it comes to the Dicastery for Divine Worship and Discipline of the Sacraments, the constitution explains that its role is to promote the “sacred liturgy according to the renewal undertaken by the Second Vatican Council” and is responsible for the “regulation and discipline” of “the extraordinary form of the Roman Rite” (the pre-Vatican II liturgy). This office is led by Archbishop Arthur Roche, the highest-ranking English priest in the curia. He told The Tablet in a recent interview that Vatican II's document on the liturgy, Sacrosanctum Concilium is his department’s Magna Carta while emphasising that permission to celebrate the pre-Vatican II liturgy is only a “pastoral concession”.

Finally, the constitution also seeks to tackle careerism by ruling that officials in the Curia should not serve more than ten years in their role and should be involved in pastoral ministry when they are not needed in the office.

Those who work in Rome, it says, should be “distinguished by their spiritual life, good pastoral experience, sobriety of life and love of the poor, [a] spirit of communion and service, competence in the matters entrusted to them, ability to discern the signs of the times”.

The new constitution will come into effect on 5 June.