Cardinal Christoph Schönborn has said that some participants’ responses at October’s Extraordinary Synod on the Family were characterised by fear.

In a four-page interview in the December issue of the German theological monthly Herder Korrespondenz, he said he had been most surprised to find that many of his fellow bishops were “afraid” of his suggestion that they recognise the good present in irregular relationships.

Some cardinals had even expressed a longing for authority and had held Russian President Vladimir Putin up as a model, for his defence of family values. This he found “very worrying indeed”.

At the Synod, he had suggested applying the principle of “gradualism” to the question of marriage 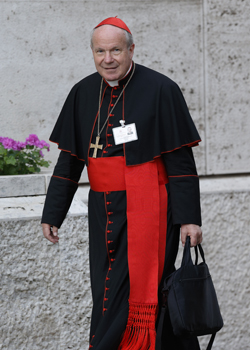 , by which he meant recognising the good in irregular relationships like cohabitation. The suggestion had led to heated debates. Recognising that cohabiting couples might be on the way to the Sacrament of Marriage did not mean agreeing with cohabitation as a whole, he explained.

Some bishops at the Synod, however, expressed fears that such an approach would make church teaching less clear. They said that, as a consequence, many committed Catholics, who were prepared to fight for family values, like the million or more French Catholics who had gone on to the streets to demonstrate against same-sex marriage, would feel deserted.

Asked what he had said to bishops who voiced such fears, Schönborn said he had reminded them of the parable of the Prodigal Son. “The good Catholics sometimes remind me of the older brother. He is disappointed and feels he is not being rewarded for his loyalty. The father’s reply is one of the most beautiful sentences in the New Testament: ‘You are always with me and all I have is yours.’ I would tell these families that they should be glad and thankful as they bear witness to the fact that marriages can be successful, but also that they should rejoice and welcome home those who do not achieve this ideal.” 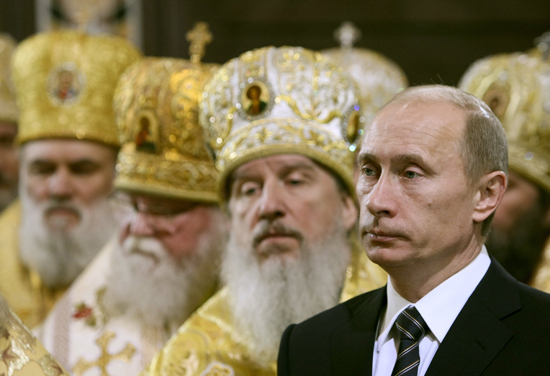 As to the cardinals who longed for authority and had praised Mr Putin for championing family values, he had told them: “There is a certain temptation at the moment to dream of a powerful Church, a longing for political Catholicism which will impress people like in the 1930s. These cardinals get extremely worried when they think they see signs that the power of the papacy is diminishing and that the Pope is, as it were, descending from his throne.”

Some people were frightened by Pope Francis’s pontificate, he said, which had even given rise to “deplorable” stories that his election was invalid. He had asked Pope Francis at the end of the Synod if the controversies had perhaps become too heated, but Francis had told him to trust in God. “It is the Lord who leads the Church and He will lead it through these controversies”, the Pope had assured him.