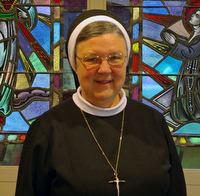 The woman tasked with carrying out the Vatican’s three-year investigation into the health of Religious life in the US admitted she faced resistance and criticism from fellow sisters.

Writing in this week’s Tablet Mother Mary Clare Millea said the Vatican allowed her to select her own collaborators to carry out the apostolic investigation of the nearly 400 institutes of women Religious. She said she felt she had “the complete trust of the congregation in Rome” to formulate a strategy for carrying out the investigation.

The long-awaited report from the investigation is to be released on Tuesday. Mother Clare, who is superior general of the Apostles of the Sacred Heart of Jesus, said she completed her report in January 2012.

She said she had felt “overwhelmed” when asked to carry out the task by the then-prefect of the Congregation for the Institutes of Consecrated Life in 2008, Cardinal Franc Rodé.

“Although I realised immediately the task would be well beyond my abilities, I knew in my heart that I had to say yes,” she writes.

She said she was determined that the investigation “took place with profound respect for each individual congregation and each individual Religious”, adding: “We tried to put compassionate listening at the heart of the process.”

Mother Clare met 266 of the 341 superiors general of the American institutes engaged in apostolic activities, and they shared with her “the joys, hopes and challenges” of their congregation.

In addition, 75 “visitors” went to selected Religious houses to ask each sister to share “her lived experience and to express her personal vision of her charism and mission”.

The process had led to “deeper contact with the Word of God, with the words and witness of their foundresses and founders, and with church teaching on the consecrated life”.

Mother Clare’s investigation is separate from the ongoing doctrinal assessment of the Leadership Conference of Women Religious being carried out by the Congregation for the Doctrine of the Faith. The Vatican has called for a reform of the group’s statutes, programmes, and affiliations so that they conform more closely to church teachings.

Above: Mother Clare. Photo: CNS/Apostles of the Sacred Heart of Jesus