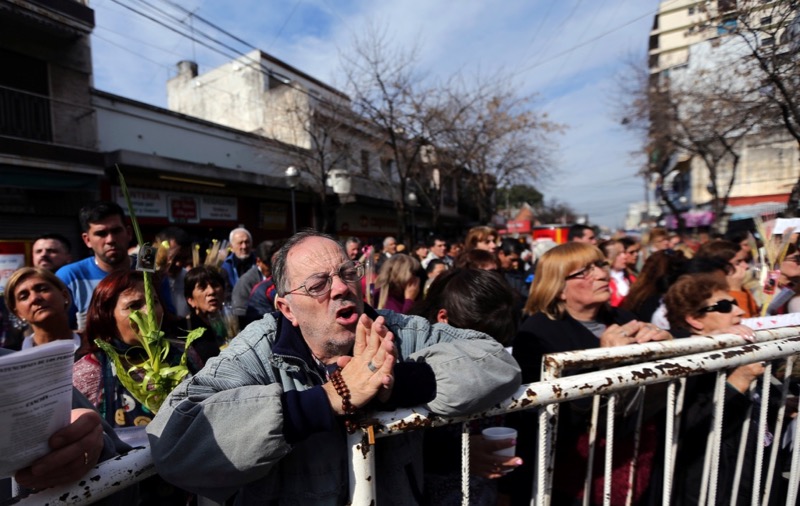 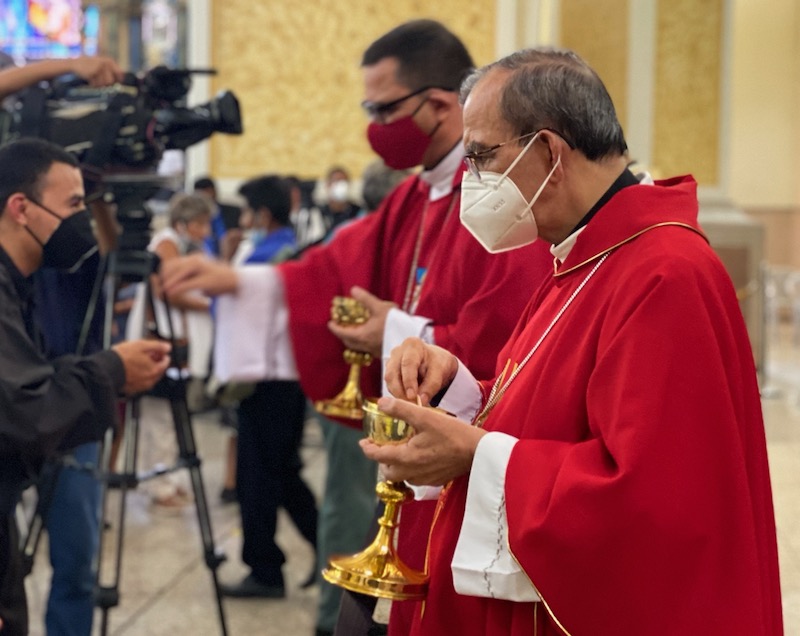 Romero Week on 19-27 March will see nationwide events marking the 42nd anniversary of the martyrdom of St Oscar Romero, hosted by the Archbishop Romero Trust. They include a National Ecumenical Service at St Martin-in-the-Fields in London on 19 March, an evening lecture at Newman University in Birmingham on 22 March and a morning service on 27 March at Wesley’s Chapel in London. Dr Edgardo Colón-Emeric, Dean of the Divinity School at Duke University in North Carolina, a Methodist pastor and author of  Oscar Romero's Theological Vision: Liberation and Transfiguration of the Poor will speak at these services. Other events will be held in St Alban’s, Durham, Bradford and Cardiff.  Supporters of the events being organised by the Archbishop Romero Trust include Cafod, Missio, National Justice and Peace Network of England and Wales, Pax Christi and  Wesley’s Chapel. Mass at St George's Cathedral, Southwark, on 24 March will be celebrated by Archbishop John Wilson, He will present the Oscar Romero Award for Catholic Schools to some in Southwark for their commitment to Catholic Social Teaching. St George’s Cathedral Catholic Primary School, St Mary’s Primary in Eltham, St Thomas of Canterbury in Mitcham and St Edward’s Primary in Salford have all achieved the Participator level of the Award over the past month. Corpus Christi Primary in Portsmouth was the 150th school to register in early February.

The Scottish Government has given £500,000 to Sciaf’s Ukraine appeal that will go directly towards helping people in Ukraine as they continue to face attacks from Russia, providing help to people who have been forced to flee their homes and are in urgent need of food, water, safe accommodation, transport and information.? It will also go towards providing families and children with psycho-social support and child support services.  Sciaf said: “As a member of Caritas Internationalis, the international Catholic humanitarian network, we are able to able to provide direct assistance through Caritas partners in the region who have a long track record of providing humanitarian services to their local communities. Funding will go to Caritas Ukraine which is supporting people displaced by the conflict inside Ukraine. Caritas Ukraine’s work has expanded from eastern Ukraine to helping people country-wide. Caritas is also assisting people at Ukraine’s borders as they wait to leave the country.”

A priest who splattered the front gate of the Russian embassy in Dublin with red paint in protest over Russia’s invasion of Ukraine has been said he won’t pay any fines if he is charged in connection with his protest. Fr Fergal MacDonagh told reporters: “I’m quite prepared to defend my actions and please God, I will be found not guilty. I’m not paying a fine. I did no wrong.” The parish priest of Dolphin’s Barn and Rialto in Dublin added that he had been contacted by a number of solicitors offering their services to him for free. Fr MacDonagh said he felt compelled to show his solidarity with people in Ukraine after learning of the shelling of a maternity hospital by Russian forces. The Coombe Women and Infants University Hospital in Dublin is part of his parish. “To do that to innocent people, to bomb hospitals, kindergartens, schools, universities. Whatever about bombing military installations, there is no justification to bomb the fabric of the country. He added that forcing mothers and infants to take cover in the basement of the maternity hospital was “absolutely evil, it’s the work of Satan”.

The new Archbishop of Glasgow has declined to move into the mansion occupied by his predecessor. Archbishop William Nolan, who was installed last month, will instead live in the parish house of St Patrick’s Church, within walking distance of his cathedral. The Archbishop’s House, located near Bellahouston Park on the south side of the Clyde, was the residence of Archbishop Philip Tartaglia until his death last January, but Archbishop Nolan described it as “lovely but too big” and said that he didn’t want “to feel isolated and waste time being stuck in traffic every day”.

Politicians in the Northern Ireland Assembly face pressure from campaigners as they prepared to debate the Integrated Education Bill on Wednesday.  Representative bodies of schools across the community issued a joint statement criticising the bill, which would require Stormont to set minimum targets for numbers of children being educated in integrated schools. Opponents say the bill is “not fit for purpose” and would disadvantage 90 per cent of schools in Northern Ireland, and asked politicians to submit a Petition of Concern to block it.  This would require a minimum of thirty signatures, but not all parties had announced their intentions prior to the debate.

The parliamentary office of the Catholic Church in Scotland has criticised the Scottish Government’s Gender Reform Bill, which they argue “ ignores the legitimate concerns of a significant section of society”. The Church has previously argued that the bill endangers women and put freedom of speech, conscience, and religion at risk; claims challenged by supporters of the bill, who praise the simplification of a process that many trans people find slow, intrusive and distressing.  The bill in question introduces new criteria for applicants who wish to obtain a Gender Recognition Certificate (GRC). Previously based on medical reports, the new preconditions for a GRC - which registers a change of gender - centre on a legally binding declaration that the applicant intends to live permanently as their “acquired gender”. False declarations of this nature will become a criminal offence.

Sister Catherine Wybourne OSB, known as “the digital nun”, died on Thursday 24 February, aged 67.  The prioress of Howton Grove Priory in Herefordshire, she had more than 28,000 followers on Twitter. Her profile described her as “Benedictine nun, keen on God, books and technology. Likes people too.” She had for many years used digital media to raise funds for her community and to comment on monastic life.  After a cancer diagnosis some years ago, she announced in December that she was close to death and in her blog reflected on the last sacraments: “Catholicism can be a hard religion to live by but is a beautiful religion in which to die.”