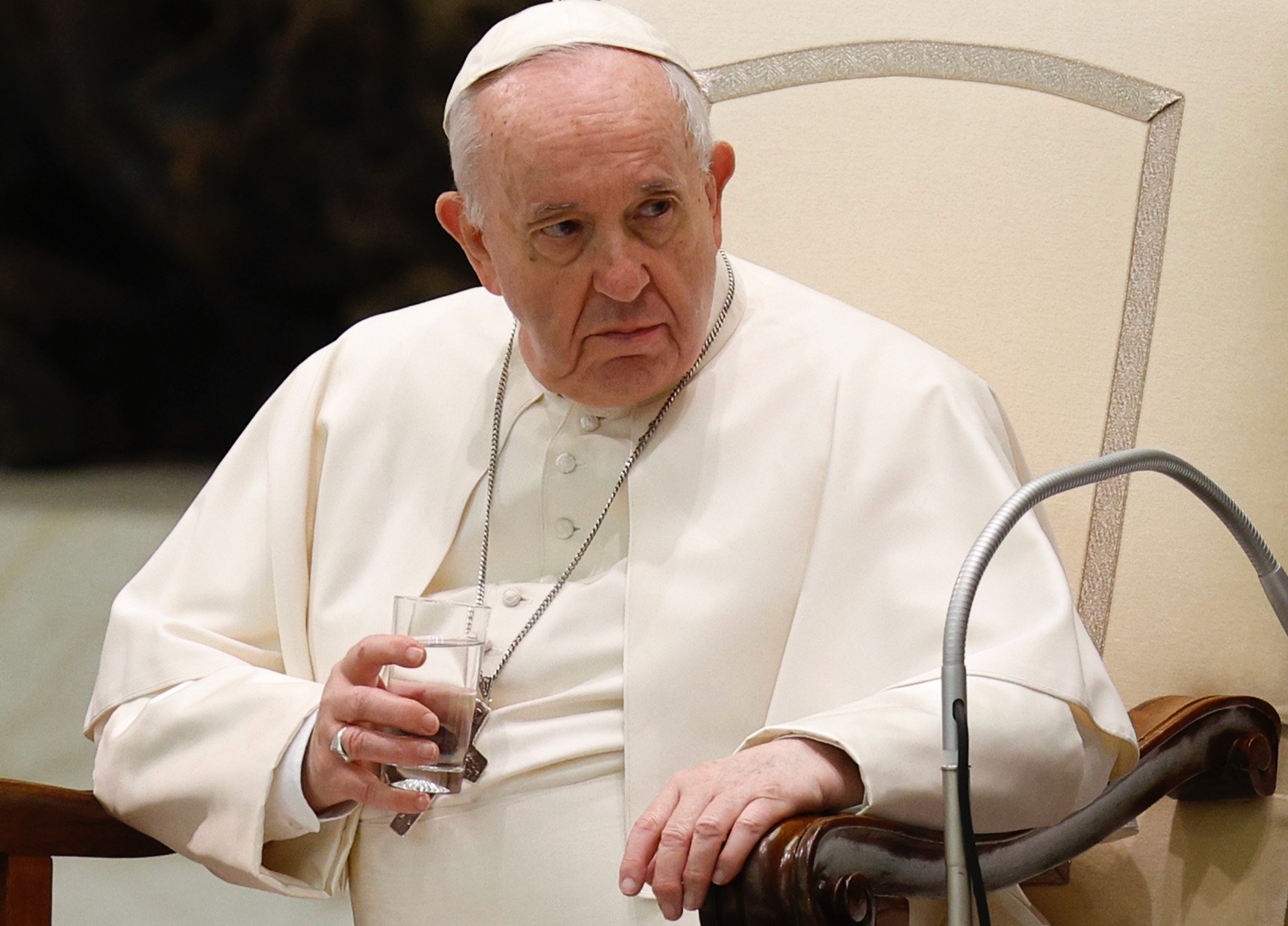 Older people too often seen as 'burden' to be discarded, says Pope 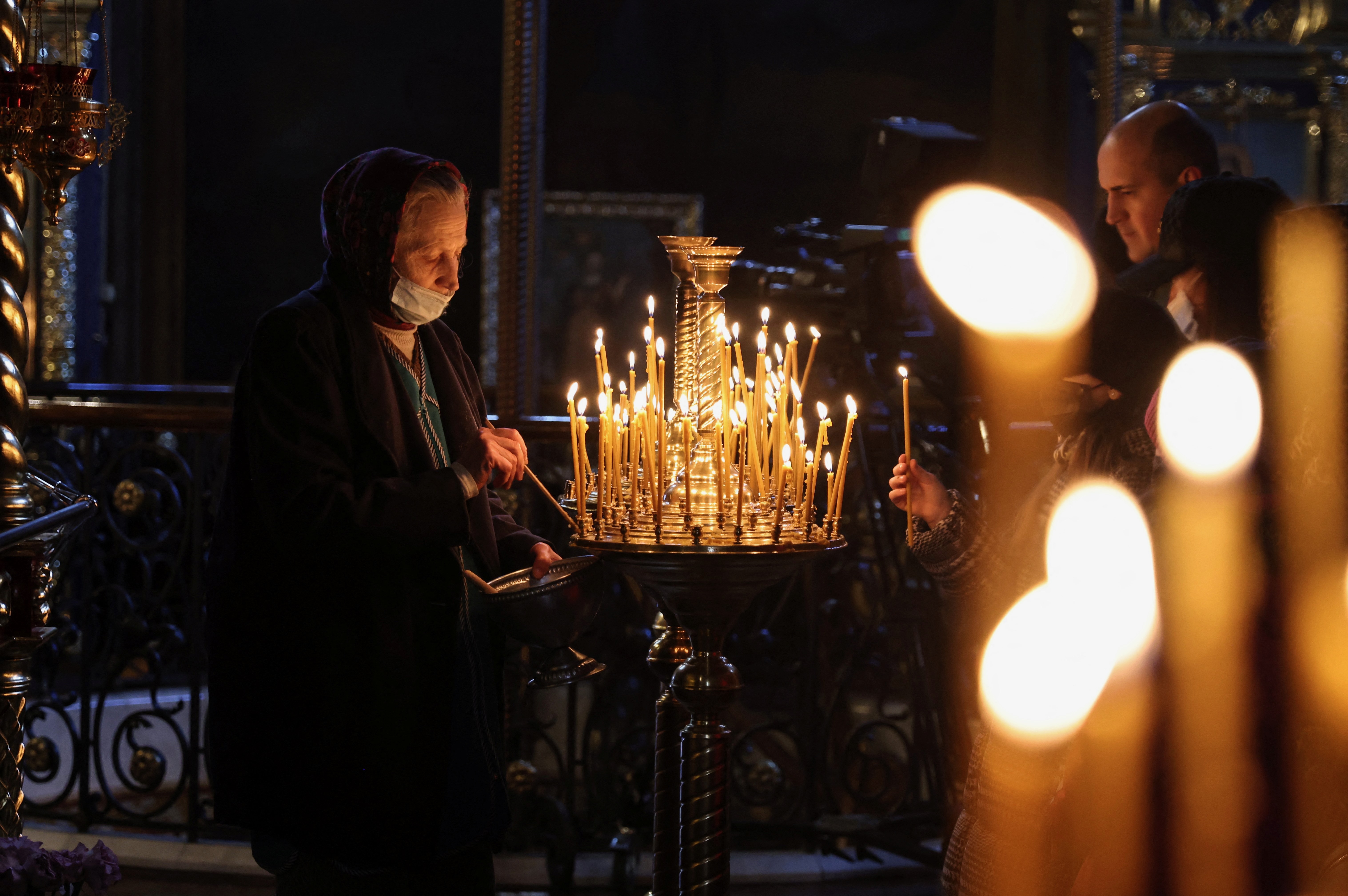 Pope Francis has announced that Ash Wednesday, 2 March, will be a day of fasting for peace in Ukraine.

He called on Catholics to pray and fast on Ash Wednesday as international tensions increase and war looks increasingly likely.

Speaking at today’s general audience, he called on believers “in a special way to dedicate themselves intensely to prayer and fasting on that day” as he expressed his deep sadness at the worsening international situation.

His appeal in the Paul VI Hall in the Vatican followed Vladimir Putin’s televised address on 21 February, in which the Russian president formally recognised the rebel republics in the Donetsk and Lugansk regions of Ukraine and promised them troops as “peacekeepers” against supposed Ukrainian aggression.

The Pope condemned “partisan interests” stoking conflict and demanded that political leaders “make a serious examination of conscience before God, who is the God of peace and not of war”.

“May the Queen of Peace preserve the world from the madness of war,” he concluded.

He was joined by the Major Archbishop of the Ukrainian Greek Catholic Church who condemned Russian aggression and demanded a peaceful resolution by world leaders.

Major Archbishop Sviatoslav Shevchuk of the Ukrainian Greek Catholic Church said that “irreparable damage has been done to the very logic of international relations” and prayed for those defending the country. “We consider the defence of our native land, our historical memory and our hope, our God-given right to exist to be the personal responsibility and sacred duty of the citizens of Ukraine.”

The archbishop of Ukraine's Latin Rite Catholics, Mieczyslaw Mokrzycki, said that, although the public focus was on the human factors in the crisis, “God will always have the last word”. In an interview with Aid to the Church in Need on Monday, he said that “we cannot stop begging for prayers time and again from across the world” and emphasised that “our prayers can change the course of this conflict”.

The Ukrainian Catholic bishop in London, Kenneth Nowakowski, echoed these prayers and addressed Britain’s Catholics, “asking and thanking you all for your prayers for peace in Ukraine”. He asked for continued prayer “so that no more families have to mourn the loss of their sons and daughters in this war, both from the Ukrainian side and, of course, from the Russian side as well”.

Last week, on 14 February, the Feast of SS Cyril and Methodius, Cardinal Vincent Nichols joined Bishop Nowakowski in prayers to the saints, who were missionaries and patrons of the Slavic nations, that they might “save their beloved people from warfare and bloodshed”. “I entrust to the intercession of the Virgin Mary and to the conscience of political leaders,” the cardinal said.

Meanwhile in Germany, bishops’ conference president Georg Bätzing’s said yesterday: “A few hours ago, the Russian Federation recognised the disloyal territories, the so-called people’s republics of Donezk and Luhansk, and sent a significant number of troops there. This is an attack on the Ukraine and has increased the probability that war will break out there. There are strong indications that the decision to recognise Donezk and Luhansk was only one step on the way to further escalation.

“The Ukraine is the victim of its far-larger neighbour’s aggression who is intent on extending its dominance. The military measures taken (by this neighbour) are a serious violation of the sovereignty and integrity of the Ukraine.

“In this hour, people in the Ukraine can be sure that everyone who values peace and freedom is on their side. While world peace must not be endangered by the participation of further foreign powers in the military confrontations, the Western countries would lose their credibility and betray not only the Ukraine but also their own values if they were not prepared to agree and get decisive countermeasures off the ground. It is a case of acting against an illegal invasion.

“As Christians we believe in the power of prayer. We therefore ask for your prayers for all those who are suffering under this aggression. Let us pray together for peace which God wants to bestow on all of us.”