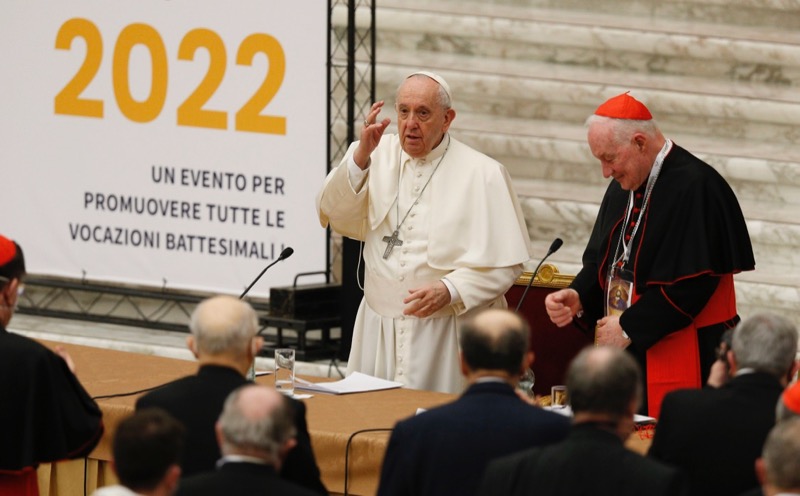 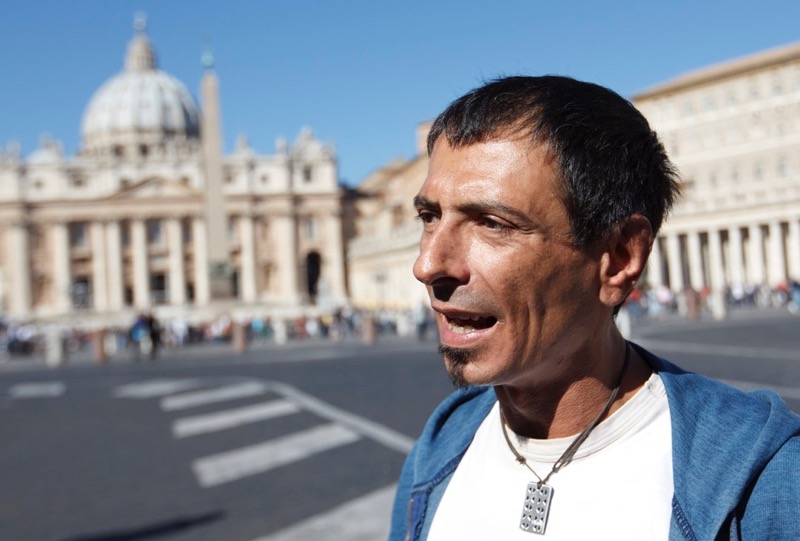 Francesco Zanardi, 41, who said he was abused by a priest when he was about 10 years old, talks to reporters outside St Peter's Square near the Vatican.
CNS photo/Paul Haring

A dozen Catholic associations in Italy were this week to launch a demand for an independent investigation into clerical sexual abuse in the country under the banner “Oltre il Grande Silenzio” (Beyond the Great Silence).

According to a report in the Daily Telegraph, they will campaign under the hashtag #ItalyChurchToo to break through decades of “denial, obfuscation and omert”. The code of silence known as omert is commonly associated with the Mafia. The initiative is being led by Francesco Zanardi, who was abused by a Catholic priest for years, from the age of 11. The local bishop in the northern port city of Savona reportedly knew that the abuse was going on, and even wrote to the Vatican to ask for advice as to how to handle the case, but nothing was done.

The victims’ groups and associations are demanding an independent investigation into clerical sexual abuse in the country.

The nine groups, including the Italian association Rete L’Abuso, want the Italian government to investigate past and present abuse cases within the Catholic Church.

During a news conference this week, campaign representatives highlighted the need for transparency, citing similar inquiries done in the United States, France, Germany and Portugal as well as proposals for government-led investigations like in Spain.

Some bishops support an internal investigation while others, like Archbishop Erio Castellucci of Modena, vice president of the Italian bishops’ conference, advocated for an independent investigation that would look at abuse not only within the Catholic Church, but also in schools, sports and other institutions to better gauge sexual abuse in the country.

However, Cardinal Gualtiero Bassetti, president of the Italian bishops’ conference, expressed concerns that such independent inquiries would deter from the work of current reforms meant to prevent abuses from occurring in the future.

“The goal is not to repeat past errors and omissions and to bring justice to the abused,” Cardinal Bassetti told Italian newspaper Corriere della Sera.

"But justice is not vindictiveness, and a good service would not be rendered either to the wounded community or to the church if one were to operate in a hasty manner, just to give numbers,” he said.

Instead, the cardinal said the church’s future relies on establishing good practices today and that local diocesan listening centers are available where victims can find a place to talk about their sufferings and receive direction.

Francesco Zanardi, president of Rete L'Abuso, told journalists that proposals by some bishops to form an internal commission to investigate abuse inspire very little confidence that the church can remain impartial.

For example, he said, there are 23 clinics that offer treatment for paedophile priests while there is not one that offers assistance to victims. “So, we see very little interest on the church's part in this context.”

Paola Lazzarini, who heads the Italian group Women in the Church, said that the diocesan listening centers promoted by Cardinal Bassetti lack proper credentials and therefore cannot be considered a reliable source of data for a proposed internal investigation.

She also took aim at proposals by some bishops for a broader investigation that would look into sexual abuse in Italy in general rather than just in the Catholic Church.

“No; it’s important that in this moment, they focus on what is happening internally in the Catholic Church,” Lazzarini said. “And moreover, the Catholic Church should look to their own house before going out to teach or speak about other institutions. So, Cardinal Bassetti’s proposal is frankly invalid.”

Cristina Balestrini, mother of a survivor and head of Rete L’Abuso’s committee of victims’ families, told journalists that many families, including her own, believe the church has shown itself incapable of confronting the issue.

She also said victims’ families have seen that the Catholic Church in Italy has failed to implement its own rules, including those in Pope Francis’ document, Vos Estis Lux Mundi, which established procedures for reporting allegations of sexual abuse and for holding accountable bishops and religious superiors who protect abusers.

Furthermore, Balestrini said she was saddened by the fact that many victims and their families are often pushed away from the church.

“This I say with great sorrow. Our current pastor, who we spoke to about what happened to our family, told us, Do not spit on the plate where you eat. And we told him, for the past ten years, we've been trying to remove the vomit that we smell on that plate.”