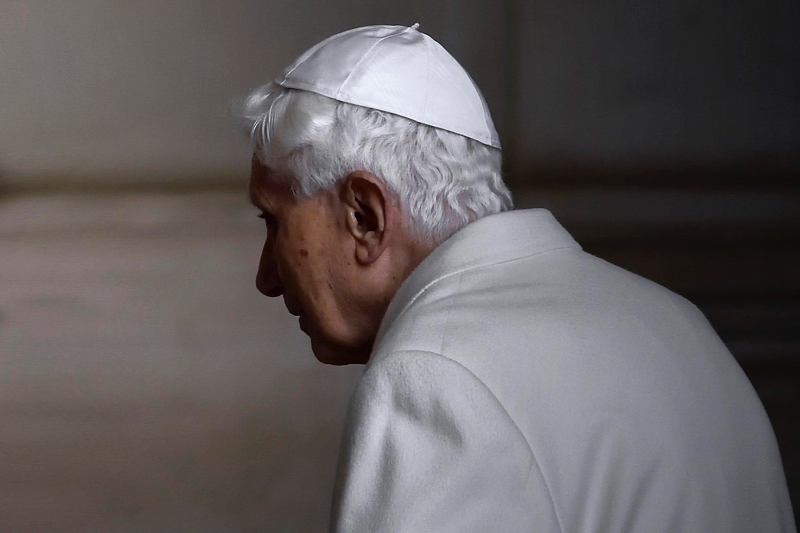 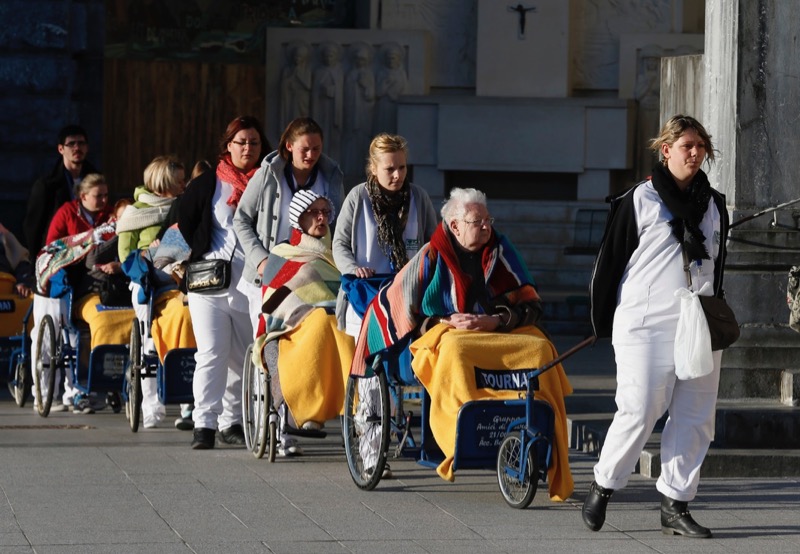 Pilgrims at the Shrine of Our Lady of Lourdes in France in May, 2014.
CNS photo/Paul Haring

Some 4,000 pilgrims visited the Massabielle Grotto at the centre of the Marian sanctuary of Lourdes on 11 February as the famous site reopened after two years of Covid-imposed closure.

Touching the grotto’s rock wall and viewing the source of Lourdes water are part of the rituals the faithful perform at the sanctuary, where the Virgin Mary was said to make the first of 18 apparitions to Bernadette Soubirous on 11 February 1858.

“Pilgrims can once again complete their pilgrimage in complete serenity,” said Fr Olivier Ribadeau-Dumas, rector of the sanctuary, during the Mass celebrating the reopening. “This shows the health crisis is almost completely behind us.”

The 51-hectare (126-acre) sanctuary in southwestern France shut its gates for two months during the first lockdown in 2020 and then slowly reopened sections for prayer and processions.

But the famous grotto, where the rock wall beneath a statue of the Virgin Mary has been worn smooth from so many visitors, remained closed for health reasons.

Pilgrims, who still have to wear a mask on the sanctuary grounds, had to queue for over an hour to visit the grotto.

“I prayed so much for two months to the Blessed Virgin so I could come here,” said Thérèse Scalino, 88 and in a wheelchair, from Nice. “It is an immense joy.”

The reopening is also a joy to the many hotels and shops that line the surrounding streets. The pandemic has cut deeply into business in Lourdes, which is second only to Paris in hotel capacity in France and used to attract more than 3.5 million pilgrims annually, two-thirds from abroad.

Hotel owner Hervé Jeanson said the tourism sector expected problems finding workers this year. “Before Covid, we had 2,500 seasonal jobs,” he said. “In 2021 we found that 1,500 had left. So we also have an employment crisis to manage.”