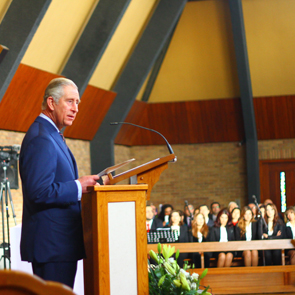 The Archbishop of Glasgow has described Britain's welfare system as “unfit for purpose”.

Speaking at Drumchapel Citizens Advice Bureau after the inaugural meeting of the Scottish Leaders’ Group on Welfare Reform, Archbishop Philip Tartaglia accused Westminster of forcing many Scottish families into poverty this winter.

The archbishop conceded that money was available “but people face an impenetrable bureaucratic jungle to try to access payments”. The number of families having recourse to food banks had risen by more than ten-fold as a result, and some Scottish churches have begun using a drop-box system that people in need can access anonymously.

A spokesman for the Church in Scotland acknowledged the increasing demand for emergency support and the Church’s long tradition of providing help but pointed out that “we also have a social teaching which requires that we advocate change so that the need is diminished and people’s dignity is restored.”

Archbishop Tartaglia issued a call to Westminster, “because it is there that these decisions still are made, that they need to look closely at the reality on the ground in places like Glasgow and see the failings in the structures. I would also ask to do all they can to put things right.”

In February the archbishop of Westminster, Cardinal Vincent Nichols, branded cuts to the welfare system "a disgrace" because some people were being left with no resources for several weeks and were forced to rely on foodbanks.