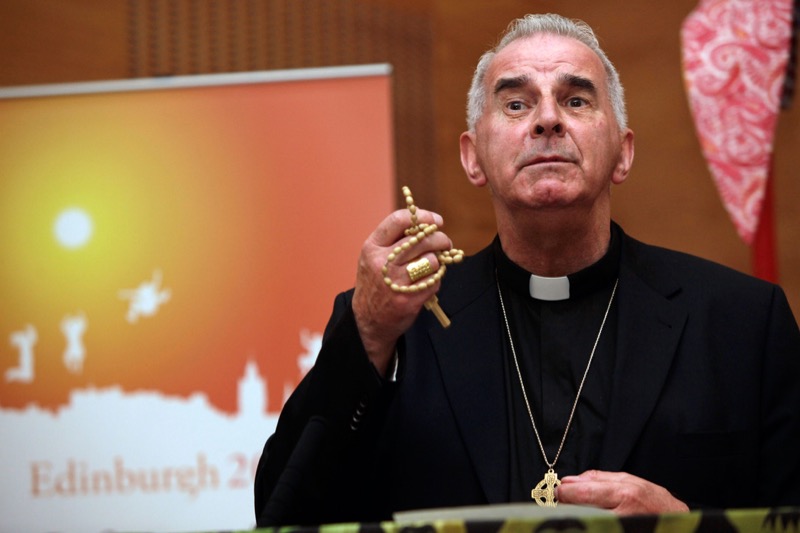 Abuse victims call for change of culture in Church

Judge Salam emphasised that the Abrahamic faiths share aspirations towards peace and justice. 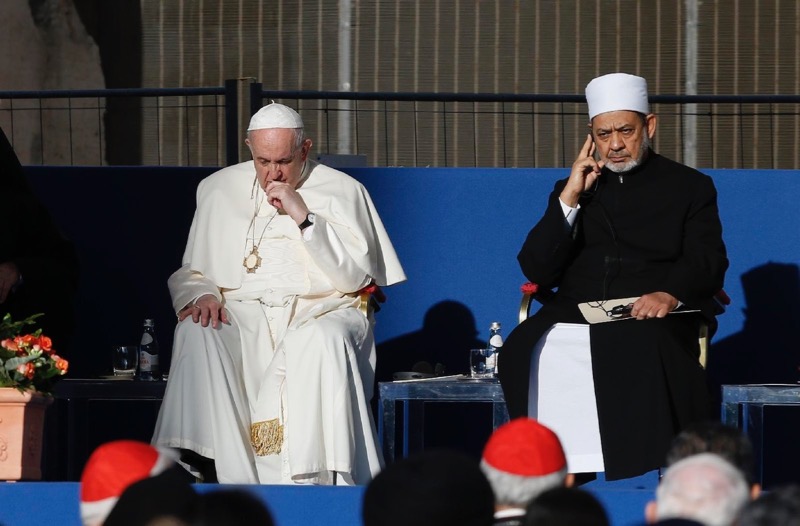 Pope Francis and Egyptian Sheikh Ahmad el-Tayeb, grand imam of Al-Azhar, attend a meeting with other religious and political leaders in front of the Colosseum in Rome Oct. 7, 2021
CNS photo/Paul Haring

An adviser to Sheikh Ahmed al Tayyeb, Grand Imam of al Azhar, has issued a detailed statement on the Document on Human Fraternity signed in Abu Dhabi by Pope Francis and the Grand Imam on 4 February 2019. Judge Mahmud Salam, who was personally involved in the drafting of the Abu Dhabi document, is at pains to deny that the signatories aimed to merge the different faiths into “One World Religion”.

In his address published in Arabic on the abouna.org website, Judge Salam said the Abu Dhabi document was conceived as a call for peace and coexistence “addressed to all human beings, believers and non-believers”. But lately, “a false narrative” had grown around this initiative, presenting it as an attempt to create “a new religion, called the …‘Abrahamic religion’”.

This “pseudo-narrative”, he said, mainly targets the “Abrahamic Family House”, an inter-religious complex under construction in Abu Dhabi instigated by the Higher Committee for Human Fraternity, a body created to promote initiatives inspired by the Abu Dhabi Document, of which Salam is secretary.

This project will see the construction of a church, a mosque, a synagogue and a cultural centre on the same site. “Some websites and social media”, Mahmud Salam said, “have targeted this project by falsely claiming that the initiative is an attempt to unify all Abrahamic religions and promote a ‘one world religion’”. The Egyptian judge referred to the expression “Chrislam”, which was being used in he said, “media manipulation campaigns” alleging the existence of plans to “merge” Christianity and Islam into a single religion.

The facts are, Salam stated, that a mosque, church and synagogue will be constructed in three separate buildings, and that each of them will clearly express its connection with their respective faith community. The three buildings will host rites and liturgies according to their respective traditions, as has been the case for centuries in many Middle Eastern cities, where churches, synagogues and mosques are often located next to each other, and even on the same ground, he pointed out.

Salam did explain, however, that the three religious traditions often share the same aspirations for peace and justice, and the House of the Abrahamic family – whose name refers to the link which unites Jews, Christians and Muslims to the Patriarch Abraham – would certainly be a sign of this sharing. This took nothing away from the particularity and richness of the traditions of each community of believers.