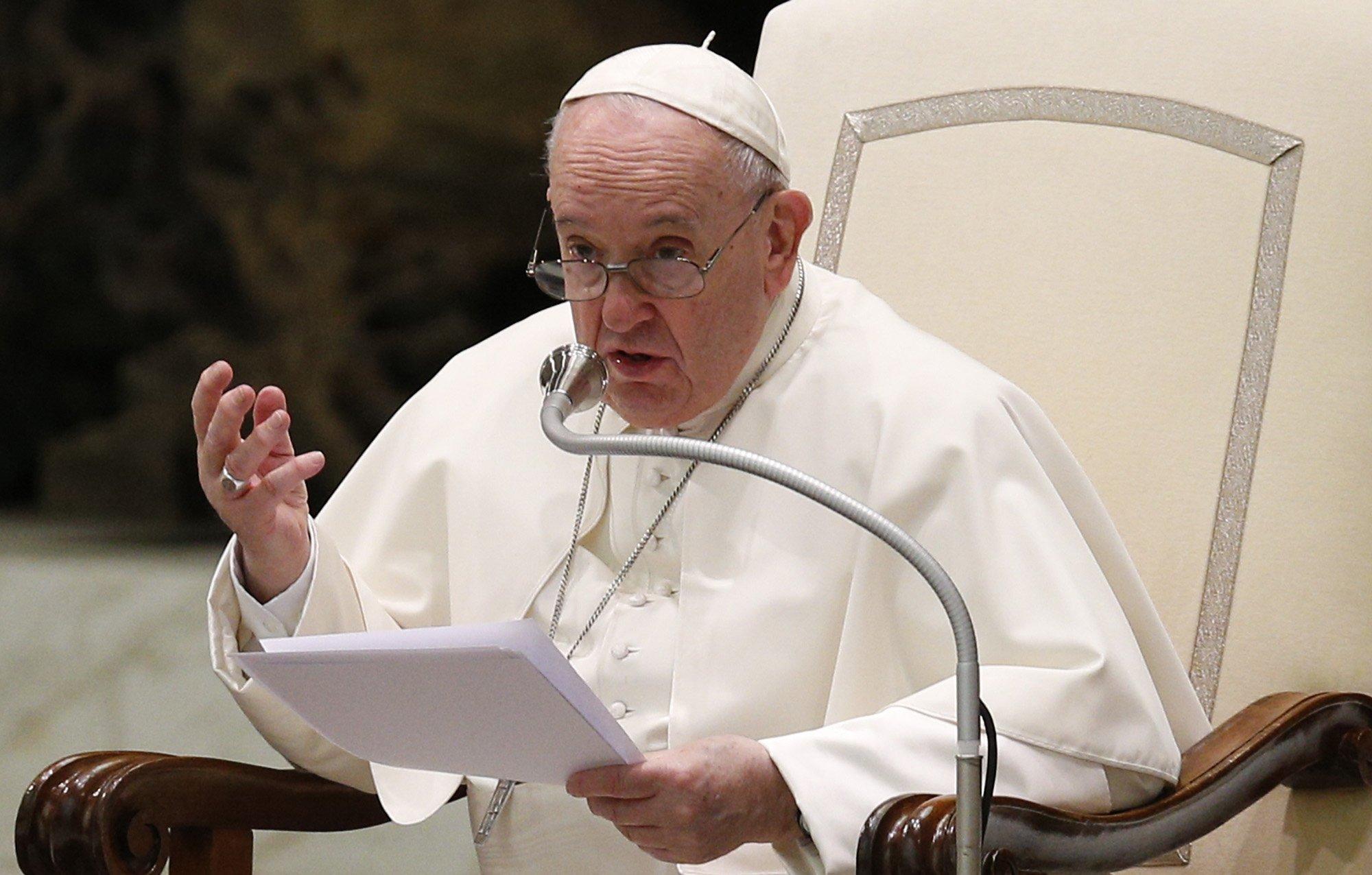 Synod is not aiming for parliament-style consensus, says Pope

The  Bethlehem Declaration asserts that it is “morally illicit” to accept a Covid vaccination. 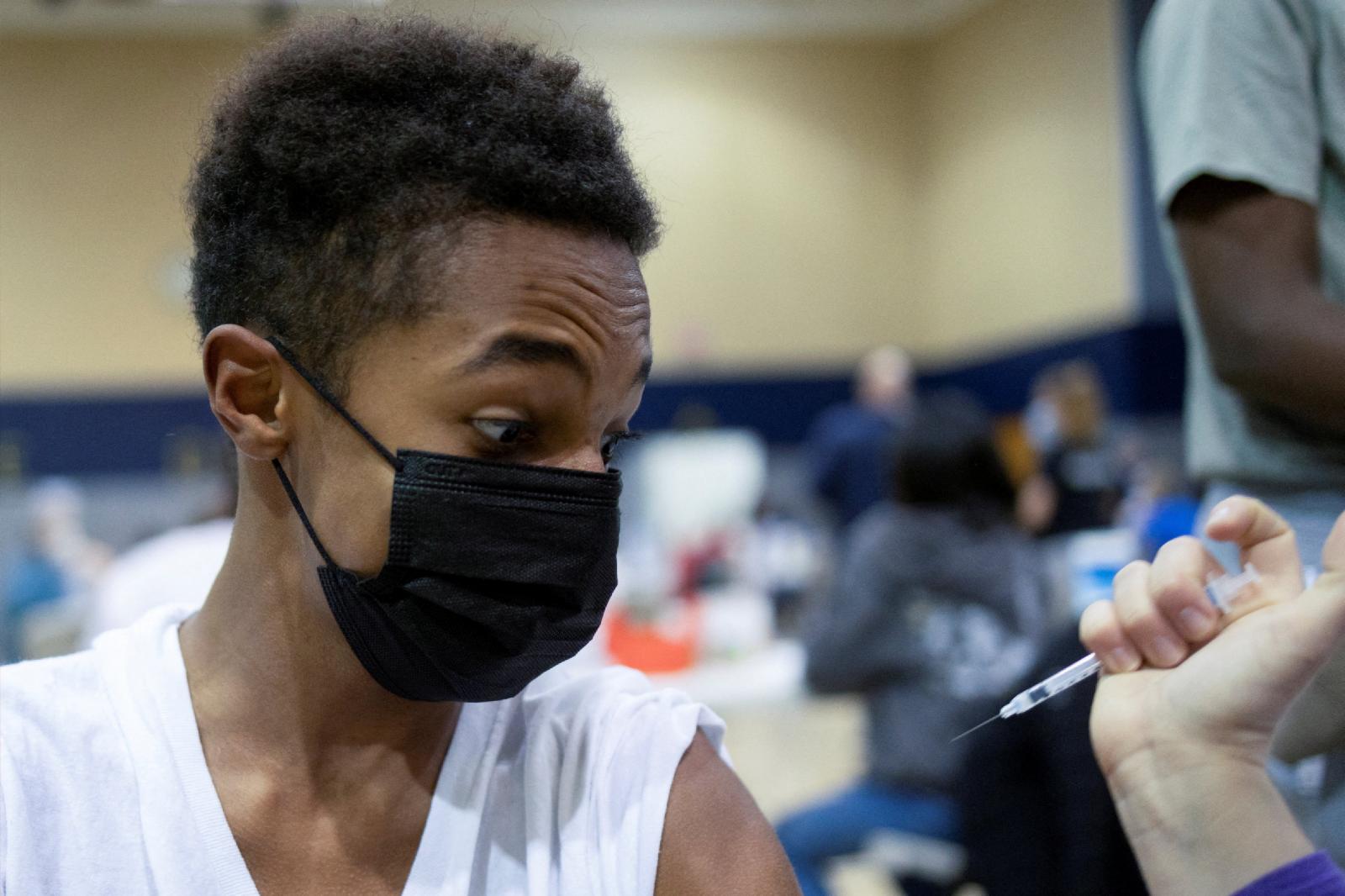 Nicholas Gonsalves, 13, receives a dose of the Pfizer vaccine at a booster clinic earlier this month.
CNS photo/Hannah Beier, Reuters

A UK-based theologian has signed a declaration that calls on the Pope and the entire Church to oppose the “dangerous, under-tested, under-monitored, abortion-tainted Covid-19 injections”.

Dr Caroline Farey serves as a member of the commission examining the female deaconate that was set up following a request from bishops at the Amazon synod 2019 to study the issue.

The  Bethlehem Declaration asserts that it is “morally illicit” to accept a Covid vaccination and calls for “massive non-compliance” with “freedom-killing” vaccine passports.

Pope Francis has described getting vaccinated against Covid-19 as an “act of love”, and only those with a vaccine pass or proof of recent recovery from the virus are permitted to enter the Roman Curia’s offices.

During his annual speech to ambassadors to the Holy See from across the world on Monday, Francis lamented the “baseless information or poorly documented facts” which had swayed some people to refuse the vaccine.

The declaration was published on LifeSiteNews, a Canadian ultraconservative Catholic website consistently hostile to the Pope which last year was removed from YouTube, Facebook and other social media platforms for spreading misinformation about the Covid virus. Other signatories include Archbishop Carlo Maria Viganò, the former Vatican diplomat who in 2018 called on the Pope to resign.

It comes under the oversight of the Congregation for the Doctrine of the Faith – the same body which in December 2020 ruled that although cell lines from two aborted foetuses had been used in the research and production process of Covid vaccines, their use was “morally licit”.

Dr Farey, a former philosophy lecturer at St Mary’s College, Oscott who was responsible for catechesis at the Maryvale Institute in Birmingham between 1996 and 2013, was asked by The Tablet if she intended to continue serving on the Vatican commission, given it has been holding in-person meetings in Rome.

She was also asked if she saw any difficulty about signing a petition which contradicts the Vatican’s position on vaccines, hosted by a website hostile to Francis.

“It seems to me that the Bethlehem Declaration gives sufficiently serious reasons for not receiving one of the experimental Covid vaccines currently available in the UK,” she said. Dr Farey also emphasised that she was not endorsing the views or comments of other signatories.

“Each of the many points made in the Bethlehem Declaration seems to be true, just, well-researched and relevant to the UK (although set partly in the American context). I hope people read the supporting articles so that they can judge for themselves.”

Dr Farey went on to explain that she discerns to the “best of my knowledge” whether an article contains “misinformation or not” and does not “use Facebook or any other fact-checker to make that judgement for me, as these may have different criteria for their judgment”.

As to disagreeing with the Pope, she said: “During this time of exploration of a synodal way, do you think the Pope wants the listening process to be only for those with his own viewpoint?”

The first meeting of the new women deacon’s commission was held last September, and a subsequent meeting had been expected to take place in the coming weeks.

This is the second commission to look at the topic of female deacons after the first one was, according to the Pope, unable to reach agreement. However, although those on that commission presented their evidence, they did not see what was submitted to the Pope by Cardinal Luis Ladaria, the prefect of the Congregation for the Doctrine of the Faith, who had overseen their work.

The Vatican’s doctrine office is understood to have played a critical role in naming the members of the commission and although the bishops from the Amazon requested the work on  women deacons to continue its work, none of the ten member body comes from Latin America or the Amazon region.

An analysis of the commission members suggests an even split between those for and against female deacons. A number of those serving on the body, including Dr Farey, appear not to have published on the issue of female deacons.

It is significant, however, the the Pope chose Cardinal Giuseppe Petrocchi, the multi-lingual archbishop of the central Italian archdiocese of L’Aquila and a trusted advisor to Francis, to lead the new commission. Any opening to female deacons will be fiercely resisted by some in Rome, and the CDF is understood to be the centre of resistance to change.

The secretary of the commission is Fr Denis Dupont-Fauville, a relatively new official at the doctrine office, who used to oversee the permanent diaconate for the Archdiocese of Paris. He did not respond to The Tablet’s request for comment and has in the past said the commission’s work is covered by pontifical secret.