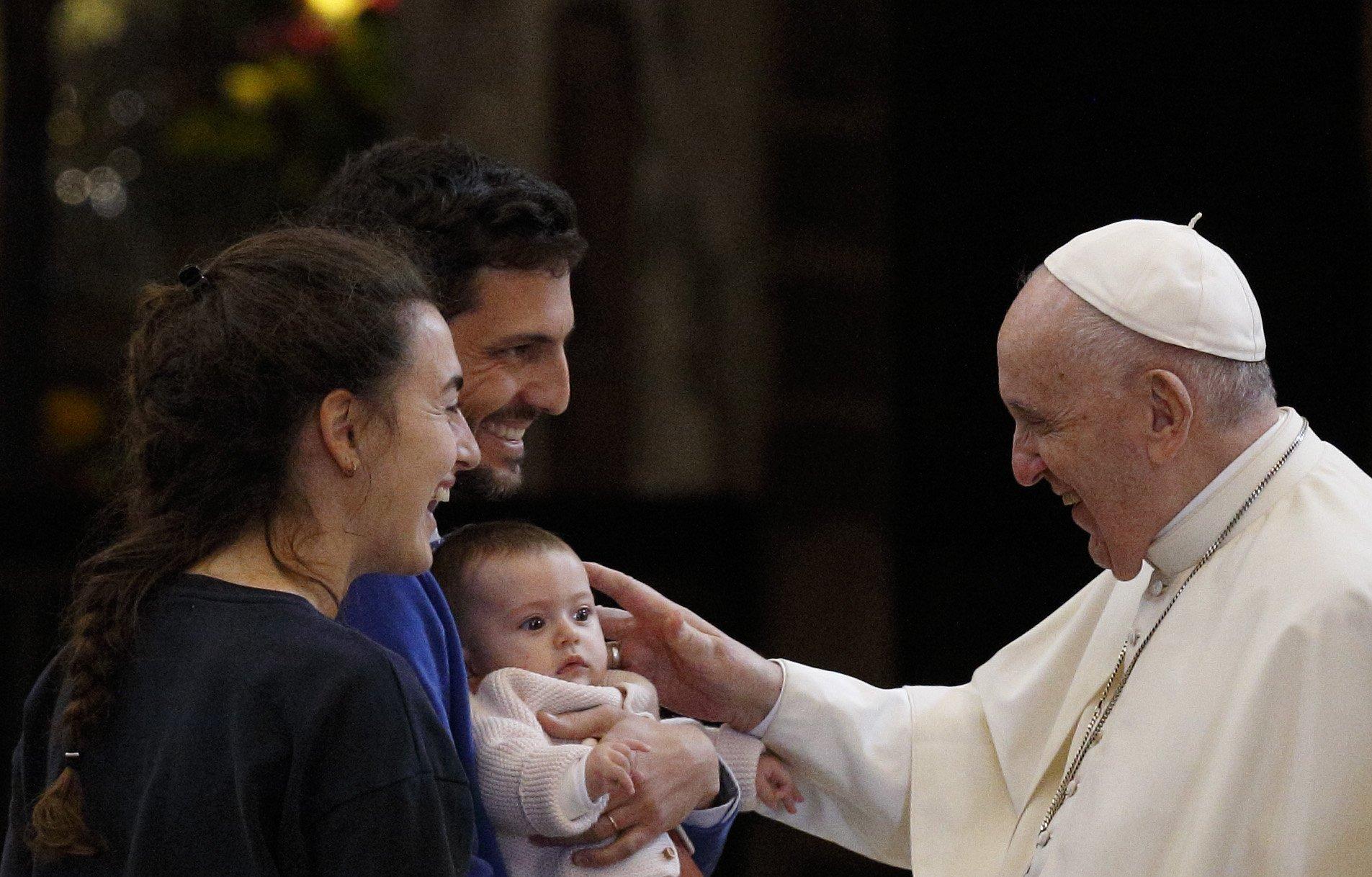 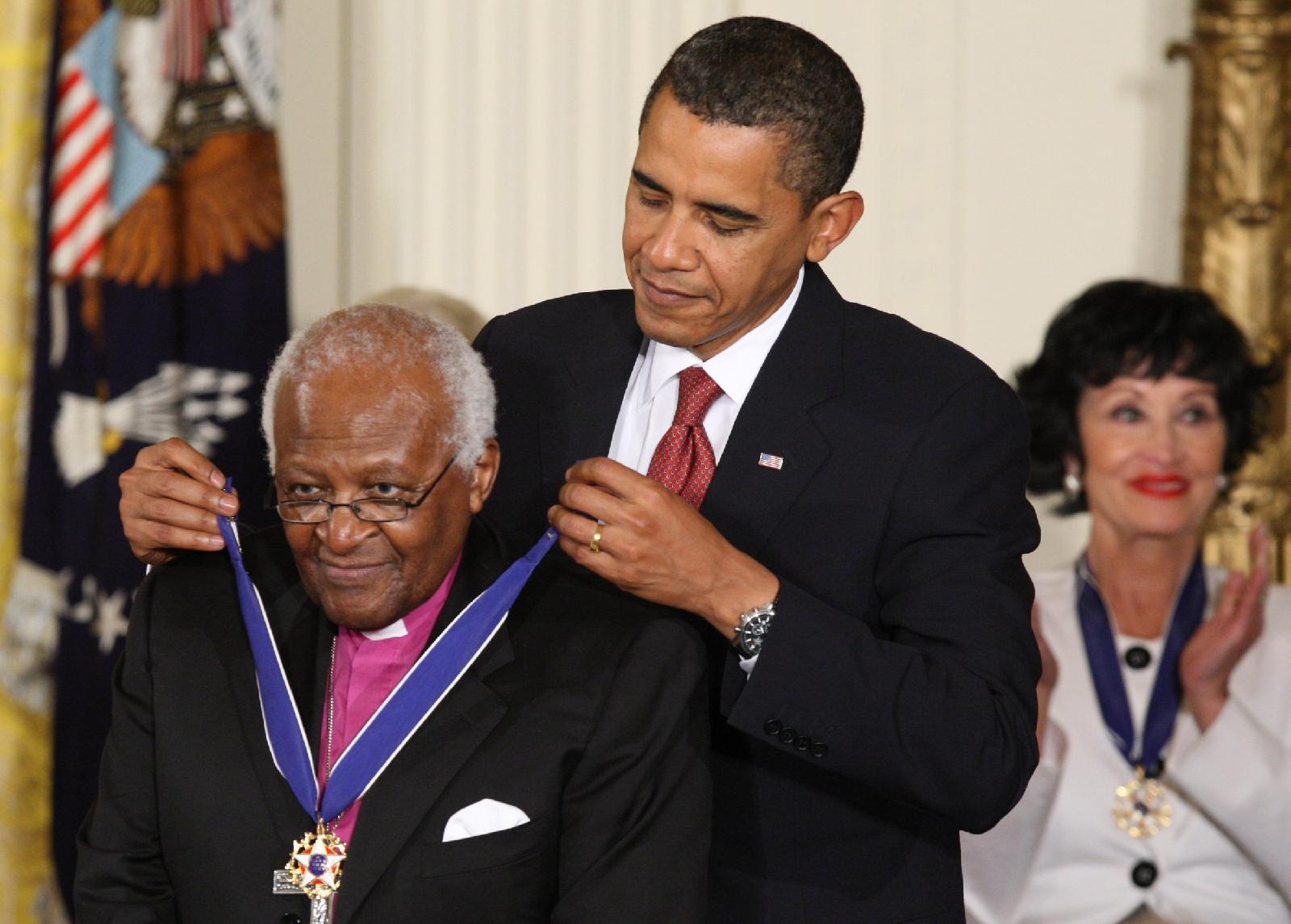 Anglican Archbishop Desmond Tutu’s compassion and sense of humour, as well as his commitment to justice and processes of peace, were among the many reasons he was an icon, said Bishop Kevin Dowling of Rustenburg.

The retired Anglican archbishop of Cape Town – who in 1984 won the Nobel Peace Prize in recognition of his efforts to bring about a peaceful transition to a society with equal rights for all – died in Cape Town yesterday at the age of 90.

When he was asked at a meeting of young people why he was always so positive, Archbishop Tutu told them, “I'm a prisoner of hope,” Bishop Dowling said. “That sums up his life,” the bishop said.

Bishop Dowling said there was a great affection and respect among the late Catholic Bishop Denis Hurley of Durban, the late Rev Beyers Naude, an Afrikaner cleric who condemned his church’s support for apartheid, and Archbishop Tutu.

Bishop Dowling said he still has a letter of support Archbishop Tutu sent him decades ago when he was struggling in his work against human rights abuses in his largely rural diocese.

“That’s the kind of person he was; he would take the time to write a letter to an insignificant bishop in a remote area,” he said.

“There is no doubt that his passion and commitment to human rights were rooted in his spiritual life,” said the bishop, who got to know Archbishop Tutu through ecumenical meetings to examine the post-apartheid role of churches in South Africa.

Bishop Dowling testified as a witness to atrocities in Rustenburg Diocese during hearings of South Africa’s Truth and Reconciliation Commission, which Archbishop Tutu headed. The commission probed human rights abuses during the apartheid era.

As well as working for South Africa’s liberation from apartheid and against corruption in post-apartheid South Africa, Archbishop Tutu did a “tremendous amount of work internationally for human rights”, Bishop Dowling said, noting that the archbishop chaired the Elders for six years and then continued to serve as an elder emeritus. The Elders is an international organization of public figures brought together by Mandela in 2007.

When Archbishop Tutu headed the South African Council of Churches in the late 1970s, he instituted a daily 7am Eucharist and the Angelus at noon.

“A lot of people thought he was Catholic,” said Father Russell Pollitt, director of the Jesuit Institute in Johannesburg.

The archbishop “was a leader with integrity, with an extraordinary ability to bring people together”, Father Pollitt said. While “we have lots of people in leadership positions, we don't have many leaders” in South Africa, he said in a Dec. 26 telephone interview.

“He was an articulate man with a deep understanding of human beings,” Father Pollitt said, noting that Archbishop Tutu “was a gentle and compassionate man as well as being forceful in social justice issues”.

Pope Francis was saddened to learn of the death of Archbishop Tutu and sent “heartfelt condolences to his family and loved ones,” said Cardinal Pietro Parolin, Vatican secretary of state.

“Mindful of his service to the Gospel through the promotion of racial equality and reconciliation in his native South Africa, His Holiness commends his soul to the loving mercy of almighty God,” it said.

Pope Francis wrote in his encyclical, “Fratelli Tutti, on Fraternity and Social Friendship,” that Tutu was among the people who inspired him.

“In these pages of reflection on universal fraternity, I felt inspired particularly by St. Francis of Assisi, but also by others of our brothers and sisters who are not Catholics: Martin Luther King, Desmond Tutu, Mahatma Gandhi and many more,” he wrote.

Archbishop of York Stephen Cottrell said: “One of the great and abiding images of the second half of the 20th century was Desmond Tutu and Nelson Mandela dancing in the courtroom at the end of the closing session of the Truth and Reconciliation Commission in Cape Town. Nelson Mandela asked his friend Desmond Tutu to chair the Commission.

“It was a bold and creative way of helping a nation divided brutally between black and white learn to live in glorious technicolour by facing up to the horrors of its past and by putting the Christian imperative for forgiveness alongside the need for truth as the only way of achieving reconciliation.

“And Desmond Tutu was asked to chair it because this incredibly joyful little disciple of Jesus Christ was one of the few people in South Africa other than Nelson Mandela himself, who could unite the nation and carry the trust of everyone. In this respect, he was a giant.

“The world itself feels a little smaller without him. His expansive vision of how the Christian faith shapes the whole of life has touched many hearts and changed many lives. The Anglican church in particular gives thanks for one of its greatest saints. But Christian people everywhere, and all people of goodwill, will today be mourning the loss of someone who showed the world what following Jesus looks like and where it leads.

“Our prayers today are particularly with his family and with our sisters and brothers in the Anglican Church of South Africa. When I go to my chapel this morning to celebrate the Eucharist on this, Saint Stephen’s day, I may dance a little jig in thankful memory of this wonderful human being. May he rest in peace and rise in glory.”

Desmond Mpilo Tutu was born in 1931 in a small gold-mining town in what was then the Transvaal.

He first followed in his father’s footsteps as a teacher, but abandoned that career after the passage of the Bantu Education Act in 1953, which introduced racial segregation in schools.

He joined the church and was strongly influenced by many white clergymen in the country, especially another strong opponent of apartheid, Anglican Bishop Trevor Huddleston.

Archbishop Tutu’s stature as a man of peace and justice lent weight to his call for economic sanctions against South Africa in the 1980s and, in September 1986, the U.S. House of Representatives voted 313-83 to enact a comprehensive sanctions bill.

In September 1989, Archbishop Tutu called a protest march against killings by police; the march drew an unprecedented multiracial crowd of 35,000 “rainbow people,” as the archbishop named them that day. The rainbow metaphor to describe the South African nation stuck after democracy became a reality in April 1994, and Archbishop Tutu remained the most ardent advocate for the Rainbow Nation.

In 2009, at a memorial service for anti-apartheid activists in a Cape Town Catholic church, Archbishop Tutu lamented the lack of basic services and said greed and corruption were plaguing the government.

“There are levels of poverty in this country that are completely unacceptable,” he said, noting that all those involved in the struggle against apartheid “paid a very heavy price. And for what? So some of us can have three motor cars?”

The same year, US President Barack Obama presented the Medal of Freedom to Archbishop Tutu during a ceremony at the White House in Washington.

Among many international accolades, Archbishop Tutu was named the 2013 Templeton Prize winner for his work in advancing the ideals of love and understanding in South Africa and around the world.

In 2005, Fordham University in New York awarded an honorary doctorate of humane letters to Archbishop Tutu. The archbishop’s “lifelong quest for peace and justice, inspired by Gospel values” corresponds to what Jesuit-run Fordham considers the heart of its own mission, the citation said.

At a 1999 conference in Nairobi, Kenya, Archbishop Tutu called on Africans to be proud of who they are and warned them against despondency over years of misrule on the continent.

“Do not overdo self-tribulation,” he cautioned, adding that Africa was waiting to rise. He urged all Africans “to participate in the African renaissance”.