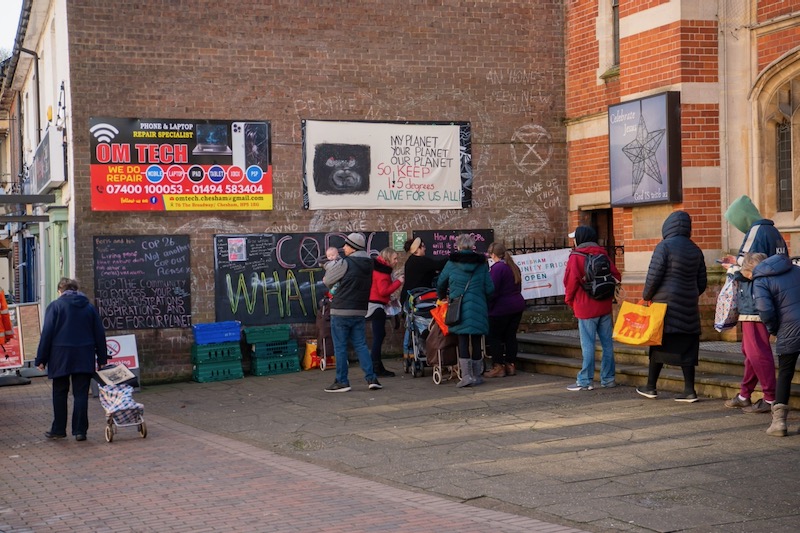 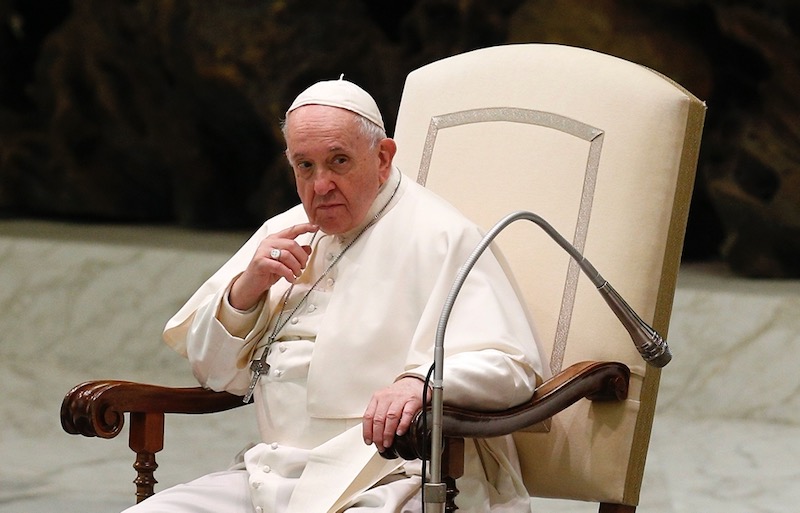 The number of women who are beaten and abused in their homes, even by their husbands, is very, very high, Pope Francis said.
CNS photo/Paul Haring

Pope Francis has described domestic violence against women as “almost satanic” while connecting the plight of victims to the suffering of Mary who was left “humiliated” after the death of Jesus.

Francis was speaking during a discussion on Italy’s TG5 television network with three women and a man living in difficult circumstances.

“The number of women who are beaten and abused in their homes, even by their husbands, is very, very high,” he said in answer to a question by a woman named Giovanna, a mother of four children and a victim of domestic violence.

“The problem is that, for me, it is almost satanic because it is taking advantage of a person who cannot defend herself, who can only [try to] block the blows,” he said. “It is humiliating. Very humiliating.”

Giovanna, who escaped her violent home with her children, asked the Pope about regaining a sense of “dignity” after suffering abuse.

“I see dignity in you because if you didn’t have dignity, you wouldn’t be here,” Francis said.

He recalled the image of the Pietà in St Peter’s Basilica, which shows the Virgin Mary cradling the dead body of Jesus. Francis said this shows “the mother who raised him, totally humiliated”, but who at the same time “has not lost her dignity”.

He added: “Look at this image in difficult moments like yours of humiliation…looking at that image gives us strength.”

During the Covid-19 pandemic, the Pope has spoken out several times against domestic violence, which has increased in a number of countries as lockdowns left women trapped with their abusers. England and Wales saw a rise of 6 per cent in the year ending March 2021 and Italy witnessed a 73 per cent increase in calls to violence centres from March to May 2020.

The televised discussion with Francis took place in the Casa Santa Marta and also included Maria, a homeless woman, Pierdonato who served 25 years in prison and Mariastella, an 18-year-old who has struggled during the pandemic.

Speaking about prisoners, the Pope described the overcrowding in prisons as “not human” and said every inmate needed to know when their sentence would come to an end. He also reiterated the Church’s opposition to capital punishment.

“A prison without a window is no good, it's a wall. A cell without a window is no good. Not necessarily a physical window, but an existential window, a spiritual window. To be able to say: ‘I know I will get out, I know I could do this or that’,” he said. “This is why the Church is against the death penalty, because in death there is no window, there is no hope, a life is closed.”

“In the lockdown you missed contact with your friends, with your family because you couldn't go out and maybe school was closed. We need this contact, face-to-face contact, but there can be a temptation to isolate ourselves in other ways, for example, getting in touch by cellphone only, cellphone friendships, with a lack of concrete dialogue,” he said.

“If you want to use the phone, use it, but may this not eliminate contact with people, direct contact, contact of going together to school, going for a walk, going together to have coffee, real contact and not virtual.”

Covid-19 lockdowns, Francis said, had meant that “everything is a trial” including people’s faith. He said it was important to be honest with God, even if it meant getting angry.

“Don't be afraid if you get angry with God, you must have the freedom of a child before God…You must have the courage to tell the Lord all the feelings that come to you.”

Finally, the Pope offered a Christmas message to everyone who had tuned in.

“What do you think about Christmas? That I must go out and buy this, that, and the other,” he said. “Okay, but what is Christmas? Is it a tree? A statue of a baby with a woman and a man next to it? Yes, it's Jesus, it's the birth of Jesus, stop for a moment and think of Christmas as a message of peace. I wish you a Christmas with Jesus, a real Christmas. Does this mean we can't eat? That we can't have a celebration? No, have a celebration, eat everything, but do it with Jesus, that is, with peace in your heart.”