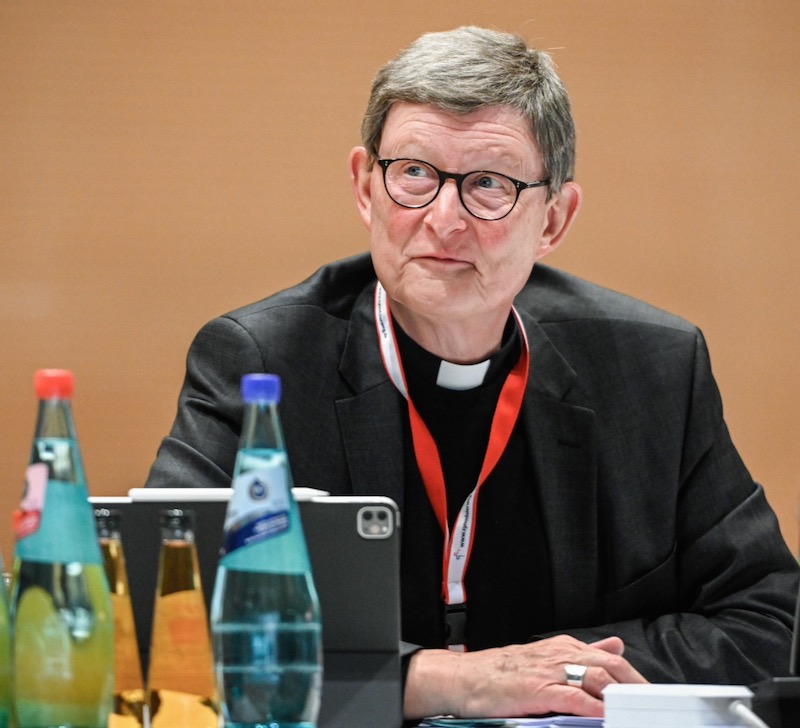 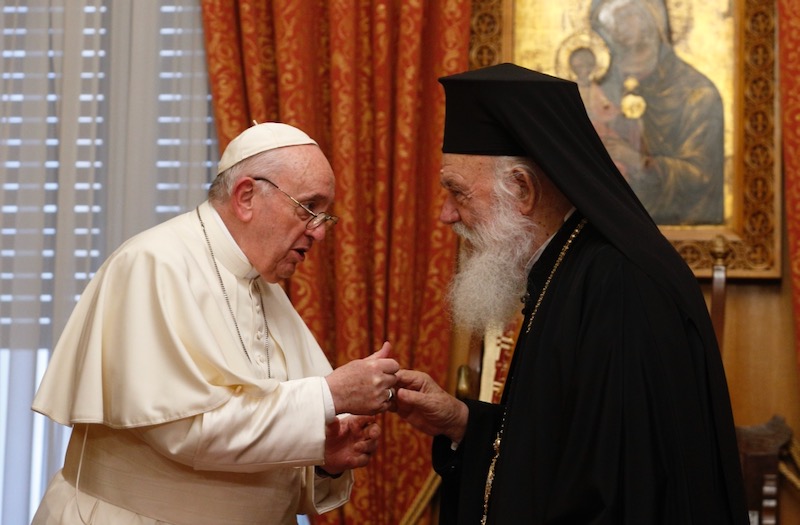 In Cyprus, Francis held talks on 3 December in Nicosia’s Orthodox cathedral with members of the Church’s Holy Synod, led by Archbishop Chrysostomos II, who highlighted the Mediterranean island’s historic role as a source of European Christianity. The 80-year-old recalled that Turkey had “barbarically attacked and conquered” more than a third of Cyprus during its 1974 invasion, expelling 200,000 local Christians and looting the northern region’s his- toric churches.

“Where our Greek and Christian culture once flourished, everything has been covered for almost half a century by the spiritual turmoil of the Asian steppe, not only imitating but surpassing the bloodthirsty barbarity of Attila the Hun,” Chrysostomos told Francis. “In this holy and just struggle ... we look forward to your help in safeguarding and respecting our cultural heritage and upholding the timeless values of our Christian culture, so brutally violated today by Turkey.”

The Pope thanked the archbishop for his “openness of heart and commitment to promoting dialogue”, and said that he also believed in following a path to “ever greater fraternity and full unity”.

He added that Orthodox leaders could “truly help” the Catholic Church through their “experience of synodality” in its current attempts to “rediscover the synodal dimension essential to being Church”, and said that Catholics would also pray for Orthodox churches as they sought to overcome “troubling problems”.

Members of both traditions should avoid being “paralysed by fear of openness or bold gestures”, Francis told the synod. He added: “There is falsehoodanddeception that the past can set before us to hinder our journey. Centuries of division and separation have made us assimilate ... hostility and prejudice with regard to one another, often based on scarce and distorted information, spread by aggressive and polemical literature.”

Local media said three of the Synod’s 16 members – Metropolitans Athanasios of Limassol and Neophytos of Morphou, and Bishop Nikolaos of Amathus – stayed away from the cathedral meeting, as happened similarly during Pope Benedict’s 2010 visit.

In Greece, the Orthodox Church’s presiding archbishop, Ieronymos II of Athens, told the Pope that both communities could learn from their “common course” before the 1054 Great Schism, adding that his own Church remained committed to theological dialogue “towards visible unity”.

He urged joint Catholic-Orthodox action on climate change and immigration, but said he also hoped Francis would have “courage and sincerity” to set diplomatic niceties aside and consider “failures and omissions” by past popes in declining to support Greece’s struggle for independence 200 years ago.

In his response, the Pope conceded the Catholic Church had been shamed by “actions and decisions that had little or nothing to do with Jesus and the Gospel, but were instead marked by a thirst for advantage and power”. He hoped Catholic and Orthodox Christians would not be “paralysed by the negative experiences and prejudices of the past”.

An elderly Orthodox priest was dragged away by police outside the meeting while denouncing the Pope as a “heretic”, while one of Greece’s most conservative metropolitans, Seraphim of Piraeus, told a Sunday congregation the papacy had been turned into a “heretical religious society”.