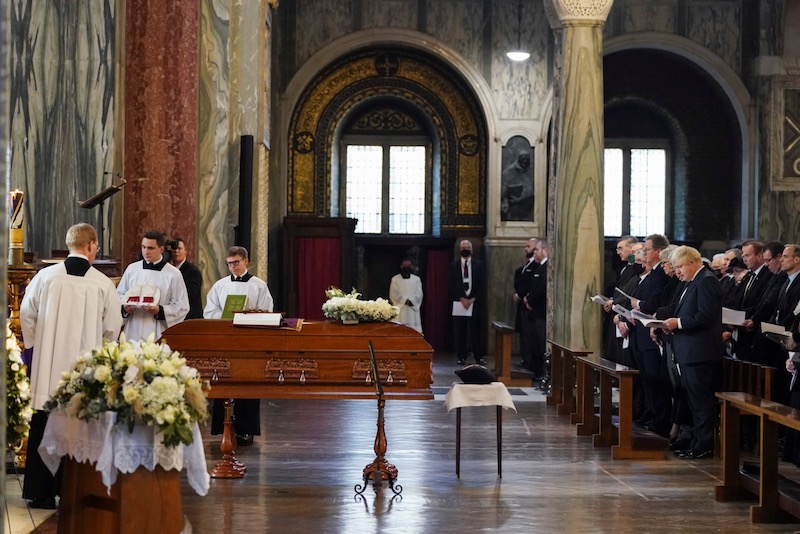 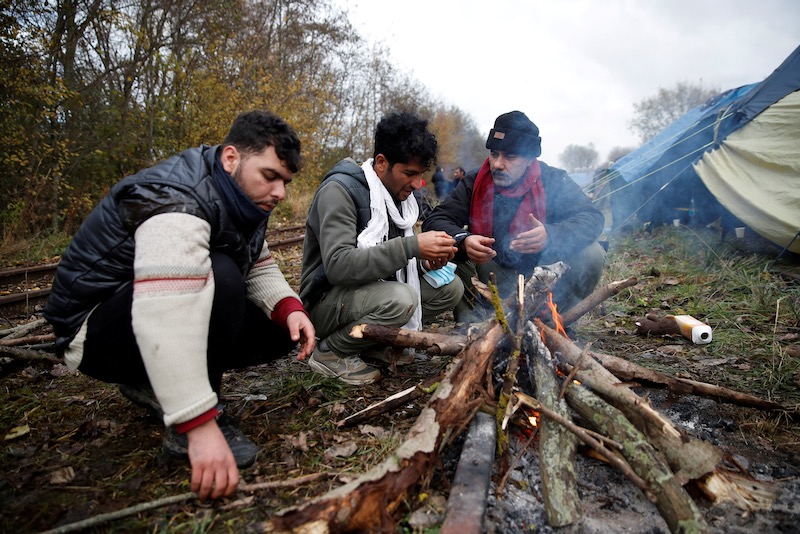 Migrants sit near wood fire at a makeshift migrant camp at Loon Beach in Dunkirk, France, the day after 27 migrants drowned in the English Channel.
CNS photo/Johanna Geron, Reuters

Pope Francis has spoken of the 27 refugees who drowned in the English Channel and described feeling the pain of those migrants exposed to serious dangers.

Speaking after the Angelus yesterday, Pope Francis said: “How many migrants are exposed, even in these days, to very serious dangers, and how many are losing their lives at our borders. I feel pain for the news about the situation in which so many of them find themselves: of those who died in the English Channel, of those on the borders of Belarus, many of whom are children; of those who drown in the Mediterranean.

“So much pain thinking about them. Of those who are repatriated to North Africa, they are captured by traffickers, who turn them into slaves: they sell women, torture men ... Of those who, even this week, they tried to cross the Mediterranean looking for a land of well-being and instead finding a tomb there; and many others.

“To migrants who find themselves in these situations of crisis, I assure you of my prayers, and also of my heart: know that I am always close to you.”

As he spoke, bishops of three French dioceses along the Channel urged the European Union to respond to the death of the 27 migrants with a programme to receive refugees without closing borders and allowing smugglers to exploit them.

“Once again children, women and men who left everything in search of a better world have been crushed by the sea. How can we not mourn them?” asked the statement signed by Archbishops Laurent Ulrich of Lille and Vincent Dollmann of Cambrai, Arras Bishop Olivier Leborgne and Lille Auxiliary Bishop Antoine Hérouard.

They denounced smugglers who “rob them before sending them to fragile boats towards certain death” and states that close borders and boost security to keep them away.

“Europe can take up this challenge,” they wrote. “It has the instruments to put human dignity at the center of the debate and to provide the means for this international solidarity. She does not want to let the Mediterranean or the Channel become a cemetery for all these exiled people.”

“With Pope Francis, we believe in the response'of solidarity and mercy,” they said. “A response ... should also support the development of southern countries to give them a glimpse of a better future in their own country. No one uproots himself in this way if he sees a possible future in his native land.”