The Pope has given the commander of the Swiss Guards his marching orders.

Colonel Daniel Rudolf Anrig's five-year term had already been extended in August 2013, but it will not be extended further when it runs out on 31 January. 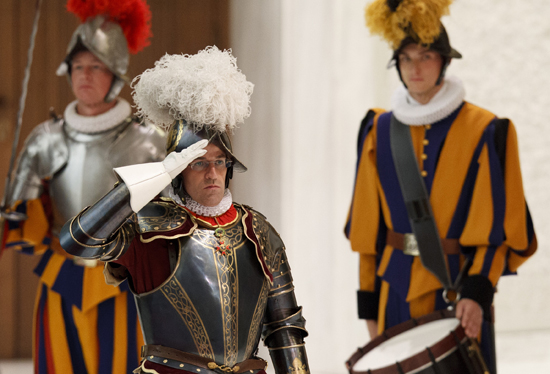 Francis is thought not to have liked Commander Anrig's decision to move to a large apartment over the barracks.

The 40-year-old father of four was previously head of the criminal branch of a Swiss police force before he was appointed by Benedict XVI in 2006. He had previously served a Swiss Guard in Rome from 1992 to 1994.

Pope Francis enjoys a familiar relationship with his bodyguards. He knows them by name and asks about their families. The corps are said to keep a glass that Francis drank out of when he stopped by their kitchens as a "relic".