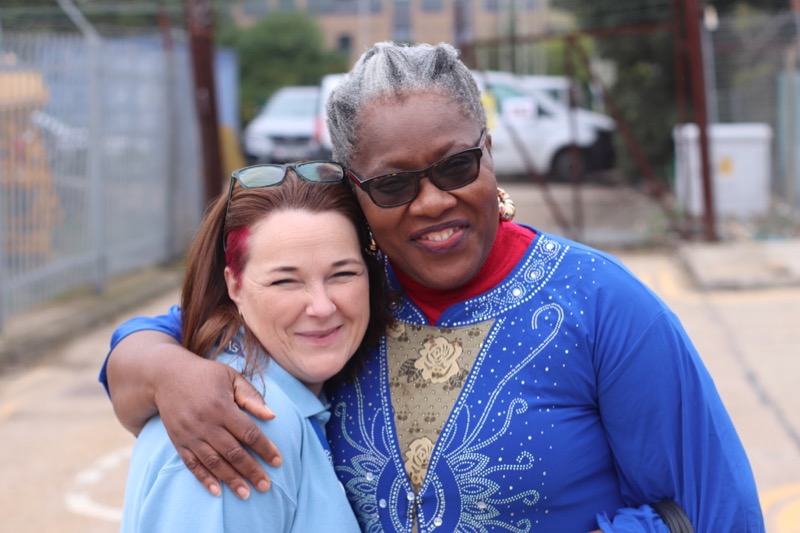 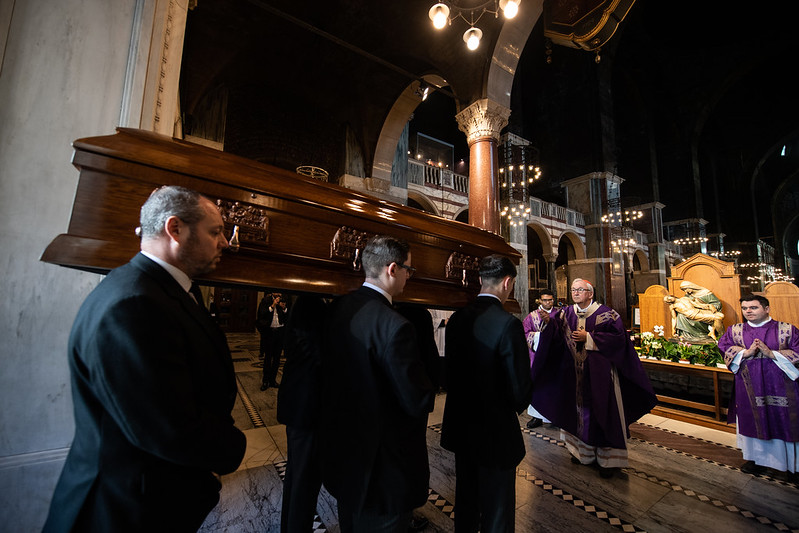 Pope Francis urged the world to reject the ways of violence and praised the faith and public service of Sir David Amess in a message delivered at the murdered MP’s funeral today.

The life of Sir David, who was killed during a surgery in his Southend West constituency on October 15, was celebrated at a Requiem Mass at Westminster Cathedral today which highlighted both his political career and Catholic beliefs.

During the Mass, where lead celebrant Cardinal Vincent Nichols was joined by other priests who had known Sir David, the papal nuncio, Archbishop Claudio Gugerotti, read the message from the Pope, sent by Secretary of State Cardinal Pietro Parolin. It said: “His Holiness recalls with gratitude Sir David’s years of devoted public service guided by his strong Catholic faith and evidenced in his deep concern for the poor and disadvantaged, his commitment to the defence of God’s gift of life.”

The Pope went on to pay tribute to Sir David’s work in founding the All Party Parliamentary Group on the Holy See, praising “his efforts to foster understanding and cooperation with the Holy See in its universal mission”. The Pope said that he prayed that people would honour the MP’s memory in their “resolve to reject the ways of violence”.

Hundreds of people attended the Requiem, and among those joining Sir David’s widow, Lady Amess and their five children were the Prime Minister, Boris Johnson and three former Conservative premiers, Sir John Major, David Cameron and Theresa May.

Canon Pat Browne, Roman Catholic duty priest to Parliament, who had married Sir David and Lady Amess and baptised their children, said in his homily that Sir David’s “Catholic faith informed his passionate commitment to the very right to life, to human dignity and to the common good. But it was also rooted in his absolute conviction that an MP’s first priority was to their constituents.”

He recalled that the death of a constituent from hypothermia that had led to Sir Daivd’s private members’ bill on fuel poverty.

Other causes close to Sir David’s heart were helping those with endemetriosis, animal welfare, and campaigning on pro-life issues. “Whether or not people agreed or disagreed with him on a particular issues no one could but admire his integrity – exercised at times at great cost to himself,” said Canon Browne.

Sir David’s former parliamentary colleague and fellow Catholic, Ann Widdecombe, gave the eulogy, recalling Sir David first entering the Common in 1983 as MP for Basildon, before boundary changes led to him serve as MP for Southend for 24 years. He always focused on his parliamentary seats, becoming synonymous with each in turn, she explained. He served Southend “with undiminished enthusiasm, campaigning for it to have city status, finally achieving in death what he had striven so hard for in life”, she said.

“As an MP,” said Ms Widdecombe, “he was indefatigable and uncompromising. As a former Conservative Chief Whip said, David took two whips: the Conservative one and the Catholic one but fortunately for the Conservatives they rarely clashed.”

Ms Widdecombe also spoke of how they became close friends through their commitment to pro-life causes and efforts to counter abortion law, often working with other Catholic parliamentarians such as Sir David Alton.

At the start of the funeral, Cardinal Nichols placed the Gospels and a crucifix on the coffins, and told the congregation that prayers and thanksgiving for Sir David would be offered “for the example that he gave and the goodness of his life”. The MP’s best friend, US Congressman Robert Miller Pittenger read a poignant reading from the book of Wisdom that included the words: “Their going looked like a disaster; their leaving us, annihilation, but they are in peace.”

The funeral today followed a service in Southend in Sir David’s constituency yesterday afternoon, after which his body lay in the crypt of the House of Commons overnight. A guard of honour at the cathedral was provided by the doormen and women of the Commons, who processed into the cathedral behind the clergy who included the Rt Bishop of Chelmsford Dr Guli Francis-Dehqani, Bishop of Coventry Dr Christopher Cocksworth, Bishop of Dover Rose Hudson-Wilkins, former Chaplain to the Speaker of the House of Commons, and her successor as chaplain, Canon Patricia Hillas.