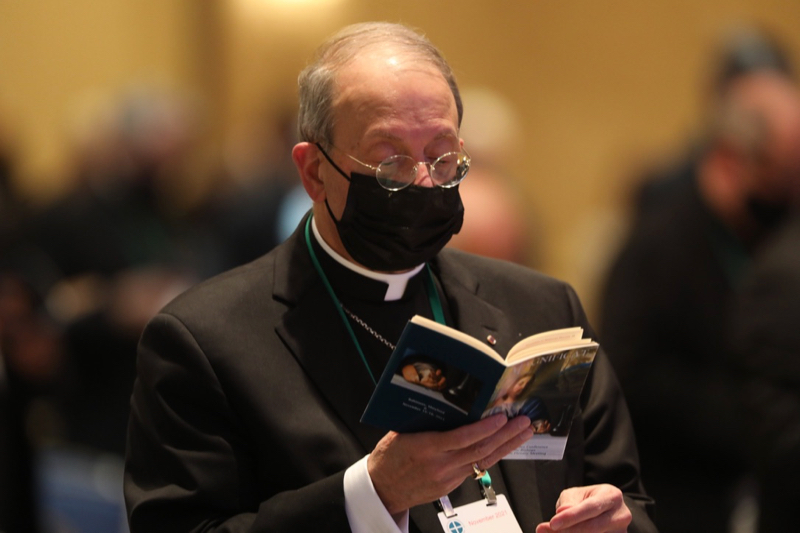 Archbishop urges 'tender' face of Church that is truly pro-life 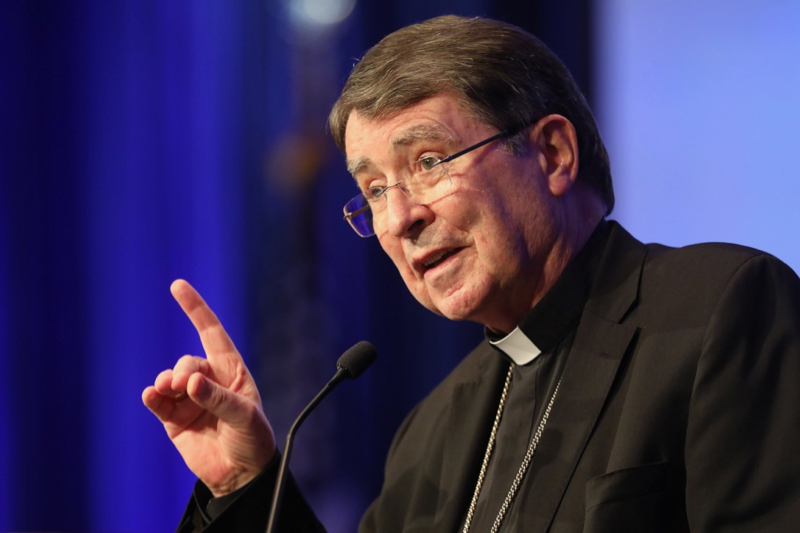 Archbishop Christophe Pierre, apostolic nuncio to the United States, addressing the general assembly of the US Conference of Catholic Bishops in Baltimore.
CNS photo/Bob Roller

Pope Francis’ representative to the United States has laid out an alternative strategy on abortion to the one that has been pursued by some of the country’s bishops. It is a subtle shift that does not overturn any existing teaching. Yet if put into practice it would open up a more pastoral and less politicised pro-life path for the Church to follow.

In a speech at the bishops’ meeting in Baltimore on Tuesday, Archbishop Christophe Pierre outlined what he described as a “synodal” response to abortion, one that is less focussed on judgments and more about tackling the root causes behind terminations.

“The Church must be unapologetically pro-life. We cannot abandon our defence of innocent human life or the vulnerable person,” the French archbishop said. “Yet, a synodal approach to the question would be to understand better why people seek to end pregnancies; what are the root causes of choices against life and what are the factors that make those choices so complicated for some; and, to begin to form a consensus with concrete strategies to build the culture of life and the civilisation of love.”

In other words: it’s time to stop condemning and start listening. Archbishop Pierre went on to reference the “Walking with Moms in Need” group which offers practical support to pregnant mothers and their children while urging parishes to “accompany women” expecting babies with acts of kindness. This is not a novel idea. Almost 25 years ago, in Scotland, Cardinal Thomas Winning launched an initiative to support women facing a crisis pregnancy.

“Concrete gestures, not mere ideas, show forth the maternal, tender face of the Church that is truly pro-life,” Archbishop Pierre added.

The focus on the pastoral-synodal would move the Church away from a pro-life approach primarily focussed on the legal and political. It seeks to stop the Church from becoming embroiled in culture wars and stands in contrast to the plans of some conservative Catholics who want to deny President Joe Biden, Speaker Nancy Pelosi and other pro-choice Catholic politicians from receiving communion.

In San Francisco, for example, Archbishop Salvatore Cordileone is backing a passive-aggressive floral campaign targeting Speaker Pelosi. He is calling on Catholics to say a rosary and fast for Speaker Pelosi’s conversion, and for anyone who does, a rose will be sent to her. So far, almost 16,000 Catholics have taken part. Pelosi, a mother of five, has already been told by her archbishop she is not welcome to Communion.

Both Biden and Pelosi’s position is at odds with Church teaching which requires Catholic politicians to oppose abortion legislation. But Pope Francis, who met President Biden and Speaker Pelosi recently, has not adopted the confrontational approach of some bishops. He reportedly told Biden to keep on taking communion and has indicated that whatever the depth of the disagreement between the church and political leaders over abortion, the weaponisation of the Eucharist cannot be the answer.

Archbishop Pierre’s emphasis on the practical and listening-focussed ways to prevent abortion also poses some challenges. Has denying communion to pro-choice politicians stopped a single abortion? Should the focus of the pro-life cause be on spending time and resources on lobbying and campaigning to overturn laws, or would it be better spent on building a pro-life consensus?

Following President Biden’s election, the bishops have been debating the the issue of the Eucharist. The document approved last night does not in the end impose any sanctions, but launches a three-year eucharistic revival that will culminate with the National Eucharistic Congress 2024 in Indianapolis.

The papal nuncio has now offered a chance for the pro-life movement to press reset, and take a change of direction. This doesn't just concern the US but churches across the world. Archbishop Pierre's focus on building a “civilisation of love” builds on the teaching of Pope St John Paul II found in his encyclical letter on pro-life questions, Evangelium Vitae. In that document, the Polish Pope said the “Church is aware of the many factors” behind a woman's decision to have an abortion but urges women who have had terminations not to be discouraged or lose hope. John Paul II writes: “the Father of mercies is ready to give you his forgiveness and his peace in the Sacrament of Reconciliation. To the same Father and his mercy you can with sure hope entrust your child.”

Mercy and dialogue, rather than political jousting and canonical sanctions, are now being put forward by the Holy See as the building blocks for a more “synodal” pro-life approach.

Catholic news The Catholic Church in the US Abortion synodality